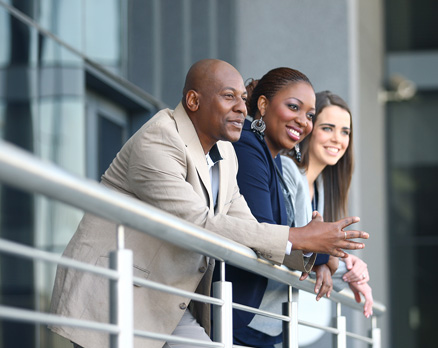 The DTI posted a Clarification Notice on the 5th of May 2015, see below.

My views are as follows:

A rule of construction deals with circumstances where a law expressly provides for a particular case, by implication it makes contrary provision for the opposite case. If for instance, a new right or duty is created with a particular method of enforcing or exacting it, any other method will be taken as impliedly excluded, unless there are indications (indicia) to the contrary. In a more limited sense this rule of construction is conveyed by the maxim, which the Courts apply with great caution,  unius est exclusion alterius (the express mention of the one is the exclusion of the other) (see Taylor v Prime Minister 1954 (3) SA 956 (SR) at 965; South African Estates & Finance Corporation, Ltd v CIR 1927 AD 230 at 236). The Courts will apply the maxim where omission may have been inadvertent or accidental or through the absence of the need to mention them. Accordingly, in order for the maxim not to apply, the courts must be convinced that a nexus exists between what is expressed and unexpressed, leading to the inference that the lawmaker, in stating what it did expressly, must have intended to exclude what it did not express (see R v Mnetwa 1966 (4) SA 191 (RAD) 194).

Applying the rule outlined above within the context of the Codes, I am of the view that as the Codes specifically deal with the rules applicable to normal trusts, the maxim unius est exclusion alterius would apply to exclude any other employee scheme. Furthermore,  Clause 1 (d) of the Clarification Notice specifically refers to paragraph 2.2.3 of the Ownership scorecard and this paragraph refers, inter alia, “Black participants in Employee Ownership Schemes”. Clause 3.9.1 of the Codes then proceeds to set out how ESOPS contribute points on the scorecard and ESOPS are referenced to Annexe 100(C). It must be, therefore, in my view, that the failure to refer to Annexe 100(C) of the definition of Employee Ownership Scheme may only be inadvertent, accidental  or through the absence of the need to mention it.

I am therefore of the view that  Clause 1 (d) of the Clarification Notice does not refer to normal trusts set up for the benefit of black employees as they do not qualify as ESOPS. Furthermore, where a trust is set up for persons who are not employees (such as the wives of employees) there can, in my view be no doubt that such a trust will not qualify as an ESOP as it is not a scheme for employees.

Finally, I question the validity of the clarification notice. Clause 3.9.1.2 of the Codes (which have been promulgated by Regulations in terms of the Broad-Based Black Economic Empowerment Act, 2003) makes it clear that Broad-Based Ownership Schemes and ESOPS in a measure entity may contribute “100% of the total point on the Ownership scorecard of the Measured Entity if they meet the additional qualification criteria set out in Annexe 100(B) and Annexe 100(C)”. I do not believe that the matter is clearer than that. A mere notice of clarification is not a regulation promulgated under the Act and it has, in my, view no force and effect.

In summary and for the reasons outlined above, I am of the view that the Clarification Notice (view in itself may be illegal) does not affect a normal trust (as opposed to an ESOP) that has been set up for black employees as it is specifically governed by Annexe 100(D) which is treated differently from  Broad-based Ownership Schemes and ESOP’s as outlined in the Codes.