Take a wild animal, place it in a cage and it will find every opportunity to escape. Why? Because it knows the feeling of freedom and now it also knows the feeling of being caged. The animal presumably always wishes to return the state where it was the happiest. A tame animal who escapes from the cage and suddenly tastes freedom from captivity, even though it may not be in its best interest, will most likely wish to return to freedom as it has discovered both sides of the cage and knows which it prefers. If you release a tame Tiger into the wild, it will certainly perish as it does not know how to hunt nor how to effectively defend itself. Yet a captive Tiger, for some reason, always wants to make the incorrect decision to escape. You have inadvertently let the Tiger out of its cage and that sweet taste has manifested itself in its mouth.

Recently, the press has reported of many individuals who are accused of some form of State Capture or incompetence. Understandably they deny any involvement or responsibility, but strangely try hold onto their positions or posts even in the face of overwhelming evidence of their wrongdoing.

A most recent example is our suspended Public Protector, Busisiwe Mkhwebane. She has had a chequered past almost from the start of her professional life. A report by the Organised Crime and Corruption Reporting Project stated that Mkhwebane had received $5 000 from the Gupta family. Not surprisingly an allegation she vehemently denies. More recently her reports on the South African Reserve Bank, ABSA Bank, Vrede and Pravin Gordhan, to mention a few, have all been set aside by the courts. This has made her the laughingstock of the legal fraternity. Yet she vehemently fights to retain her position as Public Protector. The same thing applies to Tom Moyane who, after being unceremoniously fired by President Ramaphosa, launched a series of legal battles which culminated in the Constitutional Court dismissing his Leave to Appeal in February 2019.

The question has got to be asked, why do these people fight so tenaciously to retain their positions?Mkhwebane was born in Bethal in 1970, and Moyane was born in Soweto in 1953. I can find very little information about either person’s early life, however, Soweto in 1953 was not a plush neighbourhood of Johannesburg. And I think it would be reasonable to conclude that neither of them grew up in abundant economic circumstances. Then suddenly the direction of the political winds changed in South Africa, and they were elevated, for whatever reason, to positions of importance, power and wealth. Then suddenly it seems that this entitlement may be taken away and they fight to keep their positions, throwing caution, reputation, and the last of their money to the wind. To hold onto the positions they occupied becomes their sole obsession in life.

Similarly, personal information about Edwin Sodi seems to be very sketchy indeed. He was born between 1977 – 1984 and attended a “reputed” South African University for his higher education. It is believed that he is an innovative engineer and a popular South African entrepreneur. What is known about Edwin is that he is well connected to various ANC politicians through his company, “Blackhead Consulting”. This entity has received several contracts from the Gauteng Provincial Government and The Department of Environmental Affairs and Tourism. Despite owning several lavish houses in Johannesburg, he also has commented on his love of sports cars, these include a 2017 white Bentley Continental, a 2017 Ferrari F151 and a 2019 black Porsche Cayenne. Unfortunately for Edwin his 25 or so sports cars and luxury houses were seized by the Asset Forfeiture Unit following his arrest in October 2020 regarding the R255 million asbestos project.

I would suggest that if he was born in Johannesburg/Soweto between 1977 to 1984 he too perhaps had a somewhat under-privileged up bringing? Now suddenly this man arrives with claimed qualifications, huge political connections and before you can count to three, he is driving sports cars, living in mansions, and wearing expensive watches. Imagine that someone threatens to take that away? The mental anxiety must be excruciating. Recently he has been plagued with a new problem, his wife was caught with a “special male friend” who did not meet Edwin’s liking and, as his mindset would have it, he tried to shoot the “special male friend”. A domestic violence case has been opened. The point being that we have seen this play out in the press several times before. The nouveau riche suddenly finds their newfound wealth being attacked and their entire life unravels.

The question is why, particularly people who come from impoverished backgrounds and have acquired
great wealth or status and have then been placed in a position where it may be taken away from them,
they fight furiously, and sometimes idiotically, to save their positions, even at the risk of further potential embarrassment and/or economic cost?

I believe it’s the same as my metaphor regarding the Tiger. People who have recently found fame, fortune, position, or prestige, know the difference between being just one of the crowd and being perceived as important, rich and whom others revere. They know which person they prefer to be in
the eyes of their peers. Taking this away will result in a fearsome retaliation.

It is common knowledge that the ANC has two factions who are battling it out in Nasrec now. The de
facto leader in the wings is Ace Magashule who has doggedly defied the party structures and simply
ignored initial calls to step aside. Only when President Ramaphosa really banged the drum did he step aside. We see the same behaviour by several ANC members, who have either been arrested or implicated in malfeasance. They refuse to step aside and tend to be more vocal about all sorts of irrelevant topics to attract attention to the perceived injustices being committed against them.

I believe my Tiger analogy holds true in this instance. People who are likely parts of the “nouveau riche” now find that their position or wealth is being compromised and they fight back like over-paid mercenaries.

So, what’s the answer, and how does it pertain to entrepreneurs? Well, first don’t give employees, suppliers or any other related party in your business sphere the opportunity to steal or otherwise unfairly enrich themselves at your expense. Limit their opportunities and always be vigilant, because once that Tiger is out of its cage, it is difficult to return it to captivity. Secondly should it happen that the wild animal is uncaged, remove it from your organisation immediately I have seen instances where the entrepreneur has felt sorry for an employee who was caught stealing and gave them a second chance. The Tiger has that sweet taste in its mouth and, a short while later, was again caught stealing. Never consider the amount that was pilfered from you, it’s the principle. It’s not a question of how long the Tiger has enjoyed the freedom, but the fact that he has. 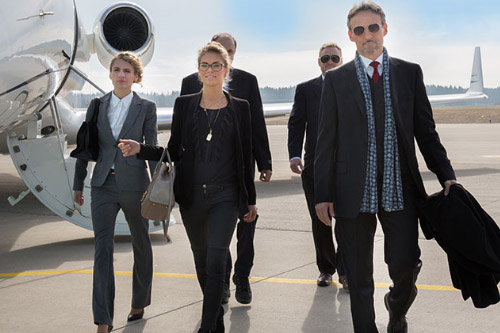 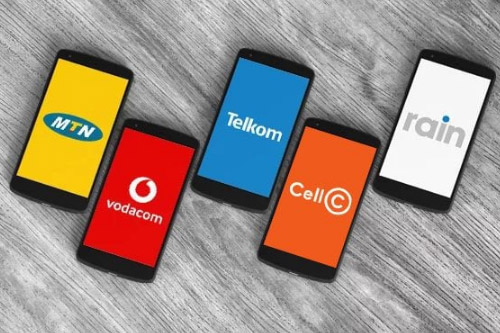