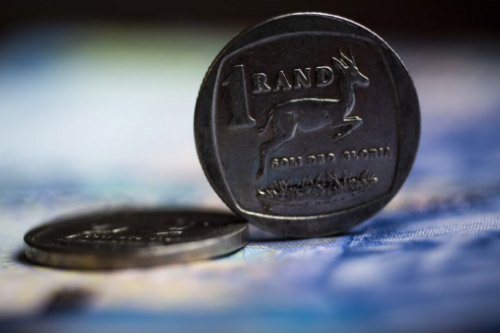 The government could fund a new basic income grant for South Africa by borrowing money, but ultimately it will be taxpayers who pay for the new scheme, says Wits University professor Michael Sachs.

In a presentation hosted by the Department of Social Development on Tuesday (26 October), Sachs said that a decision to borrow money for the new grant would be dependent on two factors:

Ultimately, even if the government does decide to borrow instead of raising taxes directly, Sachs said that the issue of expenditures and taxes cannot be separated and that it was ultimately just a ‘sequencing issue’.

“We might say let’s introduce the expenditure first and wait a year or two before we introduce the taxes. But eventually, in the next year or two, every rand that we spend on income support means an extra rand of taxation. Either now or in the very near future.”

While there are several ways that the government could extract this money – including money-printing, conscription and borrowing – Sachs said that taxation is the most transparent, accountable, progressive and efficient mechanism.

Tax has also proven to be the only mechanism that is compatible with sustained economic growth, he said.

“In my view, in the medium-term, the only dependable sources of revenue are Personal Income Tax (PIT) and value-added tax (VAT).

“These two instruments have several important properties, but most importantly, they exist. A tax that exists and has been shown to raise revenue is a much stronger candidate compared to a tax that only exists as a concept in somebody else’s mind.”

While the government could introduce further taxes in the future, in the initial period, these two taxes will have to carry the burden, Sachs said.

Sachs said that PIT is likely to favour the government as it is highly progressive and is concentrated very strongly on the country’s affluent households.

“VAT is broad-based, and that means that this is a dependable source of revenue. So when you are financing something like basic income support, you don’t want the revenue source to go up and down year after year.”

He pointed to Corporate Income Tax (CIT) as a revenue stream that is comparatively more volatile. However, Sachs said that there are still issues with both PIT and VAT that government would have to grapple with.

“If you concentrate all of your tax on a small segment of the population, you face the danger of that tax base being eroded and that tax base becoming less dependable going forward.”

This means that PIT is most suitable from an equity point of view, while VAT is likely to be more effective as a revenue generation tool, he said.

Finance minister Enoch Godongwana is expected to clarify the feasibility of a basic income grant for South Africa when he presents his medium-term budget policy statement (MTBPS) on 11 November.

In a research note this week, investment bank BNP Paribas said it expects the finance minister to promote a grant targeted at work-seekers in the country.

“We expect Mr Godongwana to rather advocate a restructuring of the existing grant framework and perhaps the introduction of new, more targeted ‘job seekers’ grant which could look to replace the current special relief of distress grants in the 2022/2023 financial year,” it said.

“We estimate that this could cost the fiscus R30 billion – R35 billion (0.5% of GDP per annum) as early as next year and would mean that social protection spending as a percentage of revenues settles 2-3 percentage points above pre-Covid-19 levels.”

More generally, BNP Paribas expect the National Treasury to continue to call for speedier economic reforms rather than markedly increased levels of social dependence on the state.

Facebook
Twitter
Pinterest
LinkedIn
PrevPreviousMONEY CLINIC | Will my retirement payout be taxed, even if I was taxed while working?
NextNew taxes on the cards for South AfricaNext
On Key