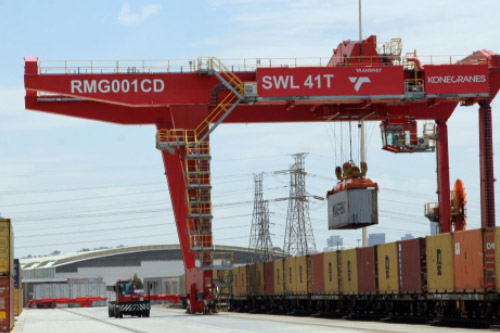 outh Africa has joined the bandwagon in imposing export taxes to either collect more revenue or alter the flow of goods across borders.

The Customs and Excise Duty Act has been amended to allow the minister of finance to impose an export duty whenever he deems it expedient in the public interest. This amendment becomes effective from March next year.

And on April 1 South Africa will introduce an export tax on nine tariff codes on scrap metal. There has been talk about a 30% export tax on chrome and further export duties on iron ore, leather and maize. However, no implementation dates have been announced.

Duane Newman, director of Cova Advisory, says this is the first time the customs act has been amended to deal with export taxes. “This is really significant.”

This will allow the minister of finance to literally impose export taxes on any product.

Newman and Donald MacKay, director at XA International Trade Advisors, have expressed concerns about the predictability and transparency of the process under the proposed amendment. The minister is under no obligation to consult when imposing an export duty, nor is the decision reviewable under the Promotion of Administrative Justice Act since it is an executive and not an administrative action.

The International Trade Administration Commission recommended in July that the current Preferential Pricing System (PPS) be replaced with export duties, since the PPS has not effectively provided support to foundries and mills with the availability of affordable, quality scrap metal.

The general duty on the nine tariff codes of scrap metal will be between 15% and 20% for countries with which SA does not have a trade agreement.

Exports on eight tariff codes to the European Union (EU) will be taxed at 10%, exports to countries in the Southern African Development Community (SADC) and European Free Trade Association countries (Iceland, Switzerland, Liechtenstein and Norway) will be duty-free, and for countries in the Mercosur trade bloc (Argentina, Brazil, Paraguay and Uruguay) the duties will range between 15% and 20% depending on the grade.

The existing trade agreement between SA and the EU states that we can only impose export duties against the EU in “exceptional circumstances”.

The EU has to be notified before the duty is introduced. MacKay says he is not aware of a formal notification to the EU.

The SADC trade agreement does not deal with export taxes, and the General Agreement on Tariffs and Trade also has little to say about export duties, except that they may be imposed. The details of an African Continental Free Trade Agreement (AcFTA) are being finalised.

South Africa’s total scrap metal exports have been declining since the introduction of the PPS around 2014. Exports have dropped – from some R10 billion a year to around R4.7 billion in 2020.

The preferential price is a ‘forced discount’ at which scrap dealers can sell their scrap. Only if they cannot close the deal at the discounted price, or if there is no interest in the scrap they are selling, will they obtain an export permit.

It appears that the PPS will be extended to June 30, 2021, which means for the period from April 1 to June 30, there will be both PPS and export duties.

This has far-reaching implications, as PPS has the effect of forcing a discount into domestic sales – and now, even if there are no local buyers, the recycler will also face an export duty.

Exports in ferrous scrap dropped off significantly from 2015 because of additional rules making it harder to export. Ferrous scrap exports declined from a peak of R4.3 billion in 2010 to R1.8 billion in 2020.

However, all the new mills and foundries have been funded with discounted financing from the Industrial Development Corporation, as opposed to the ones that were there before the introduction of the PPS. They were also buying their raw material at a discounted price because of PPS.

“If that is taken away those foundries and mini-mills will in all probability fail, and in fact some of them have, even with the discount in raw materials.”

As with all trade policy interventions one has to be very careful. There are unintended consequences.

The system has certainly not altered the illegitimate trade in scrap metals or in chrome.

These dealers do not develop a conscience when they fill in their customs entry by [deciding to make] a perfectly accurate declaration, remarks MacKay.

Export duty on chrome next?

Chrome exports, as well as exports in ferrochrome, have been increasing in the last three years. The proposed export duty – rumoured to be around 30% – is not so much to discourage the export of chrome, but to increase the production of ferrochrome, which sells at roughly five/six times the price of chrome.

MacKay says on the face of it, it would be a good idea to drive more of the chrome into a value-added product such as ferrochrome.

However, part of the reason behind the lack of ferrochrome production is the price and availability of electricity.

Newman, who chairs the incentives and grants working committee of the South African Institute of Tax Professionals, says it is unlikely that an export tax will fix the ferrochrome business problem. He suggests there could be another policy instrument that could solve the industry problem. Export taxes are certainly not the only solution, he adds.

SA is one of the largest exporters of chrome in the world (14.8 million tons), followed by Turkey and Kazakhstan. The top importing countries are China (19.5 million tons) followed by Russia and Indonesia.

MacKay warns that if SA simply imposes a very large duty and surprises China, there is a serious risk of retaliation from China. “I do not see this as a trivial risk at all.”