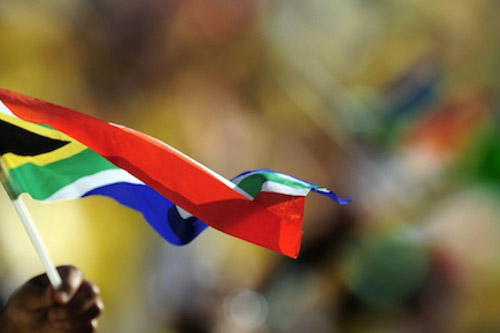 Everyday there is some person that must remind everyone as to why South Africa is now worse off than before. They don’t explain when “before” was? They continuously point out the potholes, the leaking sewerage pipes, power interruptions and widespread corruption.

Do “they” mean pre-1994? Well probably. The Nationalists (Nats) may have had very harsh laws regarding race, discrimination, and the like. But those guys knew how to build and maintain bridges, harbours, railway lines and power utilities. Back in ’94 Nelson Mandela accused the Nats of being corrupt, by 2001 he accused the ANC of being “intolerant and corrupt as South Africa’s white leaders during the apartheid years”. Little did he realise the best was yet to come under the Zuma government.

I believe, from observation, that the ANC’s only real skill is their ability to take bribes and change the name of roads, towns, and any other landmarks around the country. We as a nation have seen very little constructive progress made by this government.

Yet I digress. This article is not just one anti ANC rant as that will unlikely stimulate anyone’s thinking.

Never in history has there been a healthy political environment in a country when its citizens are disenfranchised. France, Russia, England, and Germany, all had kings who had to dilute their executive powers to keep Joe Public happy. In South Africa in 1994, whether the infrastructure deteriorated or not, the country itself became healthier in that all South Africans obtained the right to cast their vote and elect the leaders of their choice. That diffused many of the political tensions and created more harmony within the populace of the country.

However, we were still very sick. Not because the Politian’s said so but because the ANC government had gained such an overwhelming majority in Parliament, Provincial Administration, and the many city councils around the country. Whenever a country has elected a single party with that much electoral support the country is then 100% in the hands of the leaders own moral and ethical compass. Under Mandela and Mbeki, we still prospered as both individuals, although under some pressure to appoint into government “comrades” who assisted the ANC in the struggle, they outwardly condemned corruption and tried to reasonably appoint competent people in Government circles.

The prosperity of the country won the ANC even more popularity than before. The vote was also rigged to some extent when Mbeki decided to exclude all South Africans who are not physically inside the Republic, from the registered voters role. He knew that most of these people would be white and would not vote for the ANC, so to exclude them would go someway to increase the ANC proportion of the total vote cast. Either way he managed to secure a 70 % majority vote. There are many rumours that Mbeki’s
intention was to change the constitution and give him a third and maybe a fourth term of office. We will never be sure.

In 2007 Mbeki was bushwhacked by Zuma when he booted out Mbeki at the 52nd National Conference of the ANC. Now the country had a toxic mix as you have a man with no moral or ethical fibre who could rule with a large electoral margin.

Look around the world and over time, wherever there has been a political leader who enjoys a comfortable political margin and has dubious moral and ethical guidance you find the country has failed – Muamar Gaddafi, Joseph Stalin, Robert Mugabe, Fidel Castro, Vladimir Putin, Saddam Hussein, (My goodness, the list goes on and on) to mention only a few. As soon as they seize power, they attempt every underhanded trick in the book to tighten their grip on power and keep themselves at the top of the pile. Stalin, Gaddafi, Hussein, and Castro would use typical strong-arm tactics to kill, intimidate their opposition into submission.

Mugabe would simply rigg the election, kill a couple of opponents where necessary, and manipulate the result. Zuma blamed everyone and everything he could. Lying and spurting out popularist politics was his only reprieve. In 2015 Zuma went on to tell all and sundry that Jan van Riebeek was to blame for the country’s woes. The fact that van Riebeek died in 1677, a few years before Zuma was born did not enter the equation?

As soon as these mad men firmed their grip on power, they ousted every competent person within their government in favour of people who realised that without the mad dictator keeping an eye out for them and their very future, they were doomed. A total useless fool has scant ability to find an alternate legal avenue to complement his income. Their loyalty being secured. Zuma could not wait to loudly bleat from every podium how his plight had been impleaded due to some racist overtone.

I am now convinced that Racism is alive and well in the hearts and minds of ONLY Politian’s and journalists. It is so surprising that people like Malema and Zungula sprout the amount of hot air they do and that some stupid fools listen to their rantings? Niehaus is probably the most irrelevant fool on the current political stage. It does not take a man with a slight amount of education and knowledge to know that these fools offer no solution at all.

Again, I seem to digress from the real message.

In 1994 the trains worked, Eskom was a success, Denel sold arms to many rouge nations. Potholes were filled and the Vaal dam had more water than sewerage, but why are we healthier now? Truth be told that in 2007 when Zuma took power with a huge electoral majority, he was not answerable to anyone – and he knew it!! He appointed one after another corrupt and incompetent fool to positions of authority with total impunity.

Zuma was not answerable to anyone. Hitler would have congratulated him with open arms, and I guess Stalin would have stood in envy, under his huge trench coat. Many detractors announce to everyone that Zuma was intelligent. No, the truth be told he simply read the book authored by Julius Nyerere and co-authored by Idi Amin and Robert Mugabe. The name of this novel is “How to steal an election, hide the truth and murder all your detractors” Beautifully simple and elegant? And at the end of the day, you stay in power and steal as much as you like.

Look at the successful economies around the world. What is the single thing they have in common? They change their political leadership tone frequently. The Americans change the President between Republican and Democrat faster than I can lose a golf ball on the South Coast. The Poms regularly switch Tori and Labour Prime Ministers.

Unfortunately for Zuma it was not so simple. His electoral supremacy immediately eroded and by the time Ramaphosa had to fight the 2021 elections the ANC’s support had fallen below 50%. Some would say that the only good thing Zuma did for South Africa was to devastate the ANC electoral majority.

But now let’s analyse the situation from a distance. The ANC only runs two of the big metropoles – Durban and Bloemfontein. Johannesburg, Pretoria and Cape Town are either run by the opposition or by a coalition of sorts. In 2024 the central government will, likely, be run by a form of cooperation arrangement and not by an ANC outright majority.

Now think, had Zuma had to juggle that kind of an act when he came to power he would have failed miserably. Not only would corrupt and incompetent ANC members be sent out to pasture but most of the current comrades would have been put into the retirement village years ago.

The point being that whoever takes over the reins of power in South Africa will need to consider the concerns of the minority stakeholders. Should they ignore the opposition it could easily mean the change or political leadership. Every dictator hates this kind of Russian Roulette.

To date I have agreed with most of Cyril Ramaphosa’s decisions. Firing Tom Moyane, Nomvula Mokonyane, Malusi Gigaba et al was brilliant. Edward Kieswetter, Shamila Batohi and Andre De Ruyter are infinitely better at managing their respective portfolios than their predecessors.

But what strikes me totally speechless is that he, Ramaphosa has reshuffled the same old “comrades” around in his cabinet? Ayando Dlodlo, Aaron Motsoaledi, Fikile Mbalula, Lindiwe Sisulu, Bheki Cele, Dlamini Zuma, Gwede Mantashe, Stella Ndabeni-Abrahams are all totally incompetent. Why does Ramaphosa not go around and appoint a set of real professionals and experts? A director of Tsogo Sun to manage tourism? A director of Anglo American to manage minerals and a real Policeman to manage the cops.

An outsider could look at Ramaphosa’s government and incorrectly interpret that all Black people are incompetent seeing that his Cabinet contains few non Black people and we know his ministers to be incompetent. That is so far from the truth as I have personally had the privilege to train some very intelligent and competent black people as very successful CA’s.

Testimony to this fact is that when Ramapohosa appointed Raymond Zondo as Chief Justice, he had several Competent Black people from which to choose – Maya, Mlambo et al.

So, by appointing old incompetent “comrades” to positions of power just goes to insult competent Black professionals who work tirelessly to dispel the myth that the political leadership in South Africa has been openly projecting over the years.

But let’s answer the Question? Are we better or worse off? Financially, Infrastructurally, economically the answer is, we are worse off. The ANC has failed disastrously. Politically – and that is where the rubber meets the road – the answer is, we are better off. The fact that all South Africans can politically participate AND that no one party or person has a sheer dominance in the leadership makes the pollical landscape far healthier than ever before. And where the political landscape is healthy the rest should reasonably follow.