Hosting A Paying Guest Is More Taxing Than You Thought – SARS 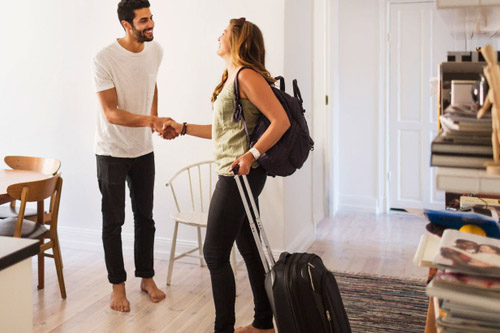 SARS recently warned owners of South African properties who host fee-paying guests that “the rental income they receive must be declared in their income tax return”.

While Airbnb, for example, is very well regulated and requires tax-related declarations annually before any payments are made to the hosts, the informal sector is, of course, unregulated. Some of those who rent their homes or rooms directly to tenants may not be aware that they need to track such income and declare it to SARS.

“I believe there are still entrepreneurs in the informal sector who are not aware of this and do not declare this income to SARS,” says Sohail Govender, Finance Director of Just Property.

Mark Bradley, of Bradley & Van der Merwe Chartered Accountants, agrees but adds that there are also those who know they should be paying tax on rental income but are happy to take a chance. “This could be extremely risky considering that SARS is now focusing on property rental income,” he says.

If SARS discovers that a landlord/host has not declared their rental income during the relevant years of assessment, penalties of up to 200% and interest can be charged, warns Govender. “Even harsher steps may be taken based on the value of the undeclared income where taxpayers are unable to pay their tax at the time it is assessed by SARS.”

Airbnb is legally required to provide a limited amount of data about transactions that take place on the Airbnb platform to SARS upon request. Hosts who have not been declaring their AirBnB income will need to declare their affairs sooner than later, says Govender.

Bradley agrees: “SARS is targeting the rental income market, so it will be a safer option to come clean and declare rental profits received before SARS raises an assessment.”

Both recommend voluntary disclosure. “SARS will then charge a fine and raise interest on the amount due,” Bradley explains. “The taxpayer is then able to make arrangements for a deferred payment plan.”

“It is the obligation of both landlords with tenants and property owners who take in ad-hoc paying guests to declare all income to SARS on a yearly basis,” says Govender. “The definition of gross income is ‘’the total amount, in cash, or otherwise, received by or accrued to a resident during a year of assessment which is not of a capital nature’.”

“If any expenses can be directly attributed to the space being rented out, (say the repainting of the bedroom), then these expenses can be claimed, 100%,” says Bradley. “But remember, the onus of proof is always on the taxpayer should SARS raise a query, so it’s important to keep all records.” He adds that these records of expenditure need to be kept for a period of at least five years.

Expenses should also be proportionate to the income received. “If I were to rent out one room in my home on a monthly basis, I would need to apportion my expenses claimed according to the square meterage of the room vs the total square meterage of my home”, says Govender. For example, if a geyser bursts and all the carpeting in the host’s home has to be replaced, only the carpeting of the room that is let can be claimed as an expense.

“The distinction can be unclear,” concedes Bradley. “Landlords need to apply their mind as to whether it is a repair or an improvement, following guidelines above.”

Govender offers a rule one can use to distinguish between the two: “Work that prolongs the life of the property, adds value to it or adapts it to a different use is an improvement. A repair, on the other hand, keeps the property in operating condition.”

Similarly, the replacement of damaged kitchen cupboards would constitute a repair, whereas the installation of more cabinets will constitute an improvement.

Who needs to pay VAT?

Where a residential property is rented out for a period exceeding 45 consecutive days (as is the case with a monthly rental for accommodation), then the rental is exempt from VAT, says Bradley. Airbnb and ad-hoc lets are not likely to fall into this category as the rentals are for short term stays.

Many of those who didn’t realise they needed to pay tax on the income they get from letting a room out now and then also don’t realise that renting out residential accommodation has major capital gains tax implications. “When you sell your primary residence, the first R2-million profit is exempt from capital gains tax (CGT). But if you’ve been renting out any part of that property, the exemption will be reduced by the pro-rata area that has been rented out and the taxpayer will have to pay CGT on the pro-rata profit,” says Bradley.

Anyone thinking of renting out a room or a complete home to boost their income needs to ensure they are fully apprised of all the implications. Govender recommends speaking to a reputable rental agency to discuss the help that a professional property practitioner can offer.