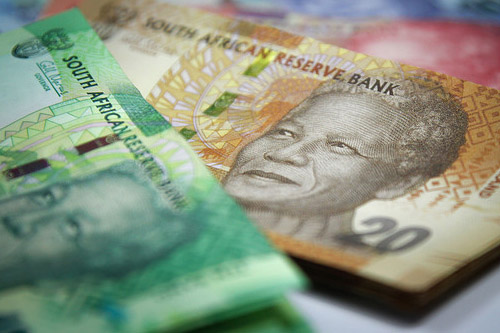 he spirited Budget Speech given by Minister Tito Mboweni this Wednesday may have given many taxpayers a sense of cold comfort in an otherwise tumultuous economic conditions in South Africa.
However, aside from the quips about pot plants and there being no VAT increase, the proposals made are simply not enough for taxpayers anymore.

For one, the revenue collection shortfall still remains at an all-time high, being R370,5 billion for the 2020 tax year. It was recognised that while there have been extensive tax increases in recent years, revenue collection has lost momentum due to slow economic growth and a weakened SARS.

In his speech, the Minister acknowledged this issue and confirmed that a core focus of the fiscus is the strengthening of SARS. In broad terms, this will involve restabilising the organisation, re-establishing integrity and compliance functions, and restoring the confidence and trust of the public. In effect, it is hoped that this will assist in increasing tax revenue collection over the medium term.

In its drive to increase revenue collection, SARS will also be targeting tax leakages, customs fraud, trade mispricing and harmful tax practices. Further, SARS will be setting up a new centre to deal with the complex tax arrangements of wealthy individuals, renewing the focus on illicit and criminal activity, with a specific focus on the tax non-compliance of religious institutions.

In addition to the organisational changes within SARS, the Minister committed to furthering the drive behind the automatic sharing of information between SARS and other countries’ tax authorities, which targets South African taxpayers having offshore income and investments. This should simply be viewed as a stern warning to non-compliant taxpayers with foreign interests.

Although this change should be a no-brainer, many taxpayers may be shocked to realise that the tax brackets did not actually change between the 2018 and 2019 tax years at all. This non-change will have resulted in a potential increase in tax liability for those who had received inflation-linked salary increases during that period.

The increase in the tax brackets and individual tax rebates, above the rate of inflation, looks to be a way of giving back to the taxpayers that may have suffered the consequences of these previously unchanged amounts. It therefore seems that the cries of the public are finally being heard by National Treasury, with concerns about ‘bracket creep’ now seemingly justified. This recognition is, perhaps, the first step to finally mending the relationship between SARS and the taxpayers it serves.

No Reprieve for Corporate Taxpayers

From the proposals made in the Budget Speech, there is both a carrot and a stick in store for companies in the next tax year. Although, one would be remiss to disagree that there is more ‘stick’ than ‘carrot’ in this case.

The Minister noted that National Treasury will be reducing the corporate income tax rate in the near future. Along with reduced corporate taxes, the Minister also indicated that the preferential small business regime, VAT registration threshold and turnover tax system for micro businesses will be reviewed.

However, promises in and of themselves offer little solace for most businesses struggling to keep afloat in the current economic climate. This is also just more candy coating for the hard pill corporate South Africa will soon need to swallow – tax incentives will be minimised in the short term, with limitations put in place on the deductions for interest expenses and assessed capital losses that may be claimed for companies.

The Winds of Change

Generally, it seems that the sentiments of government have now shifted towards introspection, recognising the areas in which improvement is most desperately needed. Unfortunately, taxpayers will continue to bear the brunt of bad past economic policy decisions and a still recovering SARS, for the time being at least.

Whether the proposals in Minister Mboweni’s Budget Speech actually lead to improved economic circumstances in the near term is yet to be seen, but one can only hope that the renewed focus on mending the relationship between the public and the revenue authority continue beyond the next news cycle and the next year ahead. Regardless, as far as economic circumstance, revenue collection and enforcement are concerned, perhaps taxpayers should stay hopeful for better, but prepare for worse as always.