Know the tax deductions when you donate 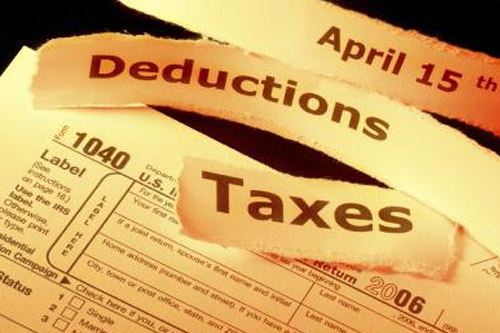 Public benefit organisations (PBOs) and NGOs are scrambling for funds to assist with the alleviation of poverty during the Covid-19 pandemic.

However, people who want to help those in need should be wary of promises of big tax deductions or benefits when they donate.

Duncan Luke, chief executive of The Social Collective, said it was highly misleading to set up a fund and declare that all donations are tax deductible without laying out the parameters and regulations that govern donations.

Tax Consulting SA’s Jashwin Baijoo said it was important that the historical accountability and transparency of recipient companies or funds be considered, as well as their track and compliance records.

People should be aware of the difference between tax-exempt qualifying PBOs and NGOs, which may offer only limited tax benefits.

A PBO is defined as a non-profit organisation, trust or association of persons that carries on activities solely for the benefit of the public and not promotion of economic self-interest.

PBOs must be registered with the South African Revenue Service (Sars), and must be involved with the provision of specific public benefit activities, as set out in the Income Tax Act.

The PBO must be an approved section 18A organisation before the donor can obtain tax deductions on their income for their donations.

Companies whose financial accounting systems were not in order would need to address this before applying for approval under Section 18A and for approval as a PBO, said Baijoo.

An NGO is any non-profit, voluntary citizens’ group organised on a local, national or international level.

Baijoo said when an individual donated money to any organisation, such as an NGO, which was not an approved Section 18A institution, the donation would not be tax deductible.

“The danger is that the donation may even attract donations tax, if the allowable thresholds are exceeded. In terms of the thresholds.

“Individuals are allowed to donate tax-free amounts of up to R100000 in a tax year,” he said.

Donations tax of 20percent will be levied on any amount donated above the R100000 threshold and must be paid by the donor. The donations tax rate increases to 25percent on the cumulative value exceeding R30million. Companies are limited to a tax-free donation of R10000 a year.

These thresholds do not apply when taxpayers donate to a Sars- approved section 18A PBO.

However, the limit on the allowable tax deduction per year is 10percent of the taxable income (excluding retirement fund lump sums, and severance benefits). Any donation in excess of the allowable deduction will roll over to the next tax year.

Luke is calling for more transparency from NGOs and charity funds.

“In many cases money is given, but then there is no one to account for where the money goes or what exactly it is being used for,” he said.

He added that despite protocols being in place for donations, numbers were often misrepresented, and money was seldom accounted for at the level one would expect.