This is who is paying South Africa’s tax 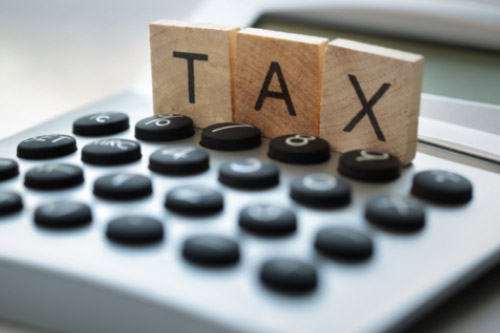 According to Coomer’s data, currently a paltry 13% of the South African population of 56 million people are the ones paying income taxes – with the other 87% not contributing anything (though still contributing to VAT).

“And I just want to point out that, by almost any standard, this is an extraordinary burden to lay on such a small portion of the population,” he said. 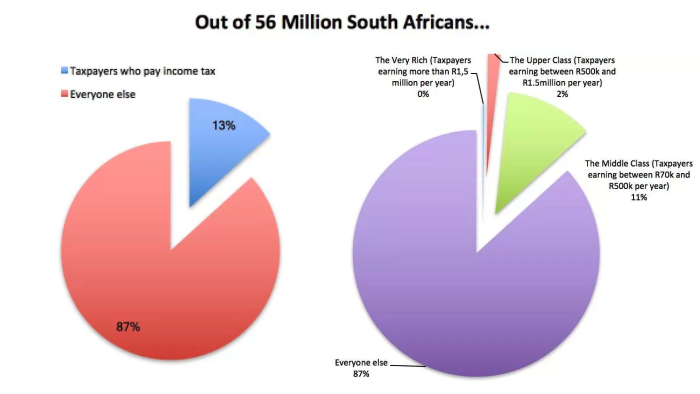 The biggest portion of the budget goes to the public wage bill (36%) and social grants (17%).

“One of the criticisms that I often hear is that focusing on ‘income taxpayers’ is distracting from all the other taxes,” Coomer said.

“From where I sit: company tax and dividend withholding tax are taxes on shareholders – who already tend to be income taxpayers. And the VAT and excise duties tend to be split proportionally across incomes, so those are also weighted towards income taxpayers.”

Comparing South Africa to the United States, he found that both countries pay taxes that equal about 25% of their annual GDP – however, in the USA 47% of people don’t pay taxes, compared to 87% in South Africa.

“Economic growth would help broaden that tax base, but the current anaemic environment means a growing reliance on those 480,000 people, which is not good.”

“There are about 14 million registered individuals. Treasury expects about half of those to be below the income tax threshold, and not pay any income tax. The other half (about 7 million or so) will actually pay tax.”