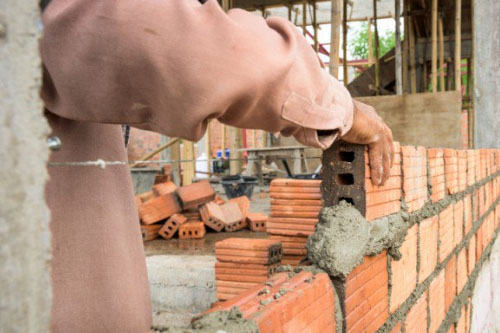 Due to a change in tax legislation, residential property developers may have to cough up a significant amount of VAT in circumstances where they haven’t sold their properties and where they may not have the cash. Picture: Moneyweb

Property developers may face a significant cash flow problem after VAT relief that was previously granted while residential units held for sale were temporarily let, came to an end on January 1.

Residential property developers are generally registered for VAT and entitled to deduct all input tax related to the land and materials of a development project. The developer is then obliged to levy VAT on the proceeds once the units are sold, Gerhard Badenhorst, director for tax and exchange control at Cliffe Dekker Hofmeyr, explains.

Where developers don’t manage to sell all units, the units held for sale are often temporarily let to avoid them from being vandalised and to cover running costs and interest payments.

Because the output tax is levied on the open market value of the residential unit, this could be much higher than the input tax the developer claimed. It will likely also exceed any rental received from the property, which may create significant cash flow challenges for developers.

Due to this inequitable situation, residential property developers previously enjoyed temporary relief from the payment of VAT for a period of up to 36 months, where they temporarily let residential units held for sale (before VAT became payable). This relief was provided until January 1 2015 and was subsequently extended to January 1 2018, but ceased to apply on the latter date.

Practically, this means that if 100 residential units were developed with a selling price of R570 000 each, but the developer only managed to sell 90 units and rented out the remaining ten, he previously wasn’t required to account for the output tax on these ten units for a period of up to 36 months. However, under the new dispensation, the developer would have to pay VAT on the open market value of these ten units. In this scenario, the developer would have to pay R700 000 in output tax (R570 000 x 14/114 x 10), while still servicing his loans and paying for new developments, Badenhorst explains.

Des Kruger, tax consultant at Webber Wentzel, describes the change as a “disaster”.

What it really means is that residential property developers may have to cough up a significant amount of VAT in circumstances where they haven’t sold their properties and where they may not have the cash, he says.

This is bad news – both for developers who have to date been relying on the relief measure and who now face a significant VAT bill, and those who now find themselves in a position where they have developed a property for sale but that may not be able to sell given the economic and political environment, he adds.

“It is a pity that provision was not made for a phasing out, as has been the case in other instances,” Kruger says.

Badenhorst advises developers with cash flow headaches to approach the South African Revenue Service (Sars) for permission to pay their VAT debt in instalments over an agreed period.

While finance minister Malusi Gigaba may provide more clarity on the issue in his upcoming budget, developers may come under pressure if the relief isn’t extended or alternative solutions sought. VAT vendors that are registered on a monthly basis, already need to submit their tax returns for January by the end of February.

Badenhorst says Sars and National Treasury may look to New Zealand and Australia for guidance as these jurisdictions have managed to find an equitable solution to the issue.

National Treasury says its officials are not able to provide any information on what could, or could not, be in the Budget. All details pertaining to tax will be announced in the Budget in February.