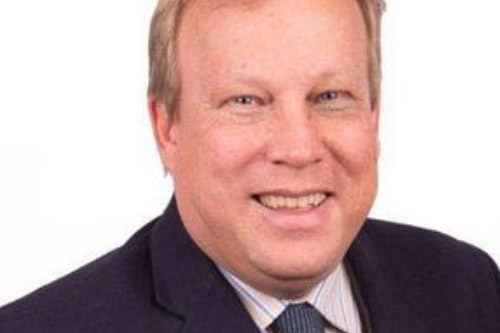 “Sars has full confidence in the abilities of Mr Kingon to manage this new additional role as we continue with our absolutely important mandate of collecting all revenue due to the fiscus to fuel our country’s growth and development,” it said in a statement.

“Mr Kingon is a respected senior executive who has risen through the ranks of the organisation, having worked in enforcement and in the legal departments of Sars, amongst others,” Sars said.

“He joined the then Receiver of Revenue in Pretoria 34 years ago and has occupied various roles within Sars Operations which included Legal Interpretation, Enforcement, Business Systems and Operational Support.”

“We wish to thank Mr Kingon for availing himself to serve Sars and the country in this capacity,” said the statement from Treasury.

“President Cyril Ramaphosa has today [Monday] informed… Moyane of his suspension with immediate effect pending the institution of disciplinary proceedings. President Ramaphosa said it was in the public interest to restore the credibility of Sars without delay,” the Presidency said in a statement.

“In a letter to Mr Moyane, President Ramaphosa said: ‘Developments at the Sars under your leadership have resulted in a deterioration in public confidence in the institution and in public finances being compromised. For the sake of the country and the economy, this situation cannot be allowed to continue, or to worsen’.”

The Presidency said that concern was raised in particular about the manner in which Moyane handled the matter of former senior tax officer Jonas Makwakwa, “his treatment of the report given to him by the Financial Intelligence Centre, and his failure to immediately report this to the Minister of Finance”.

“Another concern that was raised was the management of VAT refunds, which had brought the Sars into serious disrepute and potentially jeopardised the integrity of the Sars as collector of revenue and adversely affected tax morality among tax payers,” the statement read.

“The decision to suspend Mr Moyane follows a meeting in which President Ramaphosa informed Mr Moyane that he had lost confidence in his ability to lead Sars and offered him an opportunity to resign with immediate effect, which Mr Moyane declined.

“President Ramaphosa indicated that as Sars Commissioner, Mr Moyane holds a high position of trust in the management of the country’s public finances. It was therefore necessary to act urgently and immediately to protect the institution and place it on a path to stability and recovery.”

On March 16, Moyane denied any involvement in approving a value-added tax (VAT) refunds to Oakbay, a company linked to the controversial Gupta family, through a third party.

On March 14, Moyane announced the resignation of Makwakwa after he was cleared of charges of misconduct. Makwakwa, who was the chief officer for business and individual tax, resigned with immediate effect after working at Sars for 22 years.

Moyane said he was doing so for personal reasons and would make all his personal tax statements available for scrutiny.

Makwakwa was suspended and investigated over suspicious payments into his bank account. The payments were red-flagged by the Financial Intelligence Centre in 2016, and Moyane was forced to suspend Makwakwa after this was reported in the media.