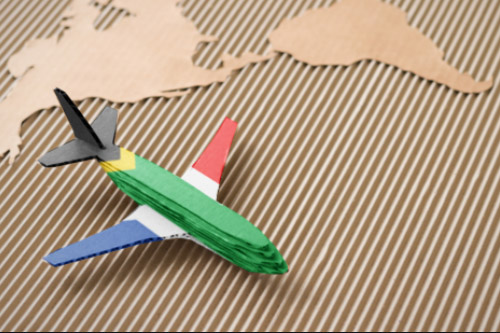 National Treasury published the Draft Tax Law Amendment Bill (“TLAB”) on 31 July 2020, with its accompanying Explanatory Memorandum. One proposed amendment that has stood out is the disallowance of South Africans who have exited South Africa’s tax base from withdrawing their retirement funds from South Africa until they are able to prove that they have been non-resident in South Africa for tax purposes for an unbroken period of at least 3 years.

This is a drastic shift from the current legislative position, which allows South Africans who have financially emigrated and concluded the exchange control portion of this process to remove their retirement funds from South Africa once this is recognised by the South African Reserve Bank.

The frustration of South African expatriates is already bubbling over, with the general feeling that government has placed a target on their backs for extra revenue collection. This suspicion may be warranted, with more and more legislated tax changes focused placing an ever-increasing tax burden on them. The prevailing sentiment is that this now appears to simply be more of the same.

Change Has Always Been in the Air

South Africa has seen a drastic increase in South Africans formalizing their status as “non-resident” from both a tax and exchange control perspective by using the financial emigration process in recent years. With this, many South Africans had decided to withdraw their retirement funds from South Africa in favour of a more stable investment elsewhere.

One of the primary drivers for this trend was the punitive tax measure implemented by government as from 1 March 2020, which reduced the foreign employment exemption available to South Africans living and working abroad to R1,25 million. This has resulted in a massive increase in South Africans ceasing their tax residency through this process, where they meet the requirements, in order to avoid this tax regime. When done correctly, this has obviously been a very successful countermeasure.

These legislative changes are thus viewed as an inadvertently transparent attempt by government to curb the outflow of funds in this manner, by changing the way in which South Africans may exit the tax net, rather than addressing the core issues which hamper effective revenue collection, such as corruption and lack of effective law enforcement.

In the February 2020 Budget Speech, it was announced that the exchange control portion of financial emigration would be phased out by 1 March 2021 and replaced with a more complex, or at least a more stringent process.

The proposed changes are expected to come into effect on 1 March 2021, according to the TLAB.

This change will allow a person to withdraw their retirement funds from South Africa where they have not been a resident for tax purposes “for an uninterrupted period of three years or longer”. The Explanatory Memorandum to the TLAB goes on to say that “a new test should be inserted which will make provision for payment of lump sum benefits when a member ceases to be a South African tax resident”.

Presently, a person may withdraw their retirement fund interests upon ceasing residency for both tax and exchange control purposes. Thus, financial emigration in its current form has been generally accepted as the most effective mechanism to cease one’s residency under both dispensations. It would thus seem that government is far more interested in when a taxpayer ceases tax residency rather than exchange control residency, which is not at all surprising.

Where a South African is living and working abroad, and intends to withdraw their retirement funds from South Africa, they will have until 1 March 2021 to do so before they need to wait a further 3 years and having their status for each year subjected to additional scrutiny.

Shifting the Goalposts – No Real Change

From the perspective of South African expatriates, these changes are certainly not well-received and have been viewed as an attempt by government to pick at ‘low-hanging fruit’ for revenue, rather than fixing the real issues in question to make its aims more attainable.

It is obvious that the South African government is in a difficult position; with Covid-19 restrictions placing even further pressure on an already spiraling economy, government needs to draw from every resource possible to collect and retain revenue – including, of course, retirement funds.

It is not clear how these measures are meant to raise the level of confidence in the South African fiscus, especially with government’s proposed investment of such retirement funds towards its failing public institutions while itself not effectively bringing those responsible for large-scale corruption to book.

There is Always Give and Take

While this proposed change to the tax legislation has not been overwhelmingly well received, there is light at the end of the tunnel for many taxpayers who may not qualify for financial emigration, such as those who rely on a double tax agreement to cease tax residency. Whether this change will mean that these taxpayers may now withdraw their retirement funds after 3 years remains to be seen.

Nevertheless, one thing is clear – it is in the taxpayer’s hands now. South Africans abroad should act soon, and act decisively, if they intend to protect their earnings and long-term investments from being stuck in place, or accept the fact that the goal-posts will like shift once more.

Facebook
Twitter
Pinterest
LinkedIn
PrevPreviousBeware of scam emails informing you of a tax refund
NextWhat is the best way to spend my tax refund?Next
On Key