Tax laws in the time of a disaster 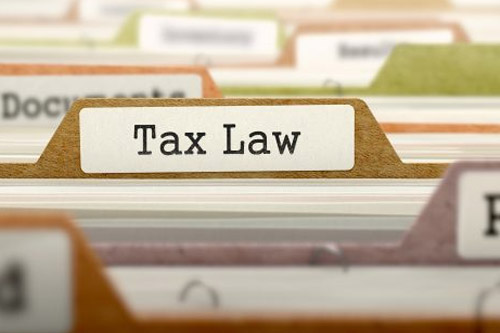 Covid-19 provided a stark reminder that social interest must be balanced against human rights.

The first speaker was advocate Julia Boltar, who discussed the rule of law in a tax system when there is a disaster. Boltar raised the question whether, in a time of disaster, there is a clash between current tax provisions and the principle of fairness (as well as other rule-of-law principles).

Boltar explained that democratic societies are built on three pillars – peace and stability, economic development, and the rule of law. The rule of law is embodied in the constitution, and the basic principles include that the law is supreme (no person is above the law), everyone is equal before the law, there can be no arbitrariness, and the application of the law must be fair.

Every citizen is equally protected by law

Boltar continued to elucidate – every citizen is equally protected by law, and these rights must be in balance. An imbalance would occur if too much weight is given to social interest, and not enough to rule of law. Covid-19 is stark reminder that social interest must be balanced against human rights. As an example, citizens, who have the right to move freely, were effectively imprisoned in home for a few months.

The Covid-19 restrictions denied our fundamental rights of freedom and being able to practise a trade.

In the opinion of Boltar, with Covid-19, social interest overrode basic human rights. Some authorities abused the power given to them, for example, the raid on a mosque where worshippers were praying, and the police overstepped their powers.

And what of taxes in a time of crisis? Boltar remarked that tax was controversial even in biblical times: “Tax collection has been regarded as a weighty social interest for a long time.”

She observed that the lack of resources impacts rights. The Constitutional Court recognises that without adequate funding, rights cannot be fulfilled. Judge Arthur Chaskalson (who was ConCourt president from 1994 to 2001 and chief justice of SA from 2001 to 2005) observed that the high level of unemployment, inadequate social security, and lack of adequate water impacts human dignity. Dignity and freedom lie at the heart of the constitution.

A basic principle of tax law, and the duty of the South African Revenue Service (Sars),
is to collect and assess tax, and not forego tax that is due and payable. “This is why [the] role and power of Sars is so far-reaching,” said Boltar.

She referred to the arrest of notorious gangster Al Capone in the US for tax evasion and the failure to submit tax returns as an example of how tax laws have been prominent in convicting high ranking members of drug syndicates.

Read: Sars, have you taxed that Aston Martin?

Boltar cautioned that the balance between tax collection and the rule of law has become more pertinent, and gave as an example the right that Sars has to conduct a search and seizure operation without a warrant.

She further cautioned that “to get the balance right, our tax laws must evolve”.

Boltar gave as an example of where the power to collect taxes infringes on human rights, the recent proposed amendment to the Tax Administration Act (contained in the latest Tax Administration Bill) – it seeks to amend the requirement that there must be an intention to commit a criminal act by deleting the word ‘wilfully’. Boltar noted that by inadvertently failing to notify Sars of a change in email address could lead to a taxpayer committing a criminal act.

In the panel discussion that followed on accountability and transparency, there was a heated debate on the meaning and possible repercussions of the above change to the Tax Administration Act.

Franz Tomasek, a group executive from Sars, threw the cat among the pigeons by stating that he disagreed with Boltar on the ‘criminality amendment’: “We are not looking at strict liability. The standard is that of the reasonable person. This is the standard that is used in other jurisdictions. The prosecution will have to prove the criminality element. Sars looking to address negligent non-compliance.”

Bowmans partner Patricia Williams disagreed: “Ordinary negligence is appropriate … so many penalties are already there, and it is very difficult to get them erased when levied by Sars … we already have so many civil penalties, why must we have more criminal penalties? There is already a huge stick being waved [by Sars].”

Williams further added that one should not be held accountable for being unreasonable.

Being unreasonable does not mean one is a criminal.

This debate was in full throttle when the host of the session, Saica senior tax executive Peter Farber, had to call time-out.

The Tax Administration Bill will be debated in parliament on October 7.