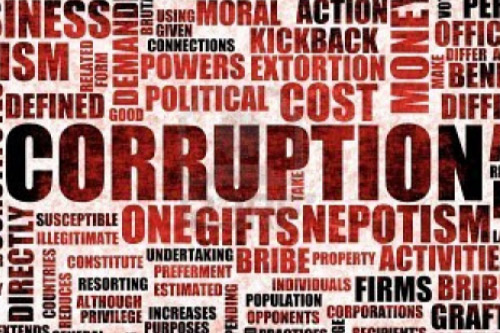 In post Zuma South Africa, we have been exposed to how extensive corruption has spread to all spheres of government. President Ramaphosa has long been venting his desire to have corruption rooted out of government and perpetrators arrested and charged. Now amid Covid 19 he has lamented about how the perpetrators of state capture, including those officials and companies who steal public funds, should be ruthlessly pursued, and charged to the full extent of the law.

With the press frantically reporting on those people who are implicated in the theft of the state coffers and the continual finger pointing at Ramaphosa of how his words only appear to be hot air, we find that the wheels of justice are still grinding forward.

The press is quick to point out that the lack of arrests and the absence of guilty convictions, albeit inaccurate, may be there to bolster the ratings of the columnist’s own reputation. The VBS arrests is only one example of the inaccuracies portrayed by the popular press. Eight suspects have been arrested and the Hawks have suggested that there are about another forty people who are being investigated.

Interviews have taken place where the Hawks have been requested to release the names of those being investigated. Journalists have stopped short of accusing the Hawks and the Prosecuting Authority of a cover up and incompetence. Such criticism is unfair as the Police would be morally incorrect to name suspects as reputational damage caused to innocent suspects would be insurmountable and could lead to civil lawsuits. Also proper preparation of prosecutorial cases is fundamental to justice in that the law seeks to only punish the perpetrators that are guilty and once a person is found “not guilty” of a crime he cannot be tried again for that crime without new evidence to the accused guilt.

A high percentage of convictions pre-empts the perception that once arrested the accused conviction is imminent and his defense team best be on high alert. They would then focus on finding a technicality which will secure their client’s liberty. The conduct of those accused of grand corruption suggests that they attempt to use every opportunity in law to avoid being tried for their crimes. The most notorious of these is ex-president Jacob Zuma. He has tried every trick in the book to avoid prosecution. He has adopted the “Stalingrad defense” and fought every point of law and appealed every possible ruling favorable to the prosecution.

This defensive strategy is excruciatingly expensive when considering the charge out rates of Advocate’s Barry Roux, Mike Helens and Dhali Mpofu. Charging by the hour is unaccountable and allows a free hand of the defense team to dip their long fingers into the pockets of the accused. Those same accused have vast amounts of money, which they have stolen, and are acutely aware that their very liberty is as stake. One would not be unreasonable to think that in this post Zuma period some of these highly paid defense advocates may believe that their luxurious retirements are finally at hand.

On 4 August 2020, Ms. Dlamini and Mr. Gqamane were convicted and sentenced to prison for a term of ten and eight years respectively for defrauding the South African Social Security Agency of R1.2M way back in 2011. Referring to the article at https://www.careersportal.co.za/news/sassa-employee-jailed-for-r12m-fraud they utilised the “Stalingrad defense” and delayed their conviction and sentencing for almost a decade. Now in 2020 they finally plead guilty to their crimes, confirming that they were guilty all along. The question begs, why only now? Did they have a change of heart? Or is it possible that in the interim period the two had utilized their measly R1.2m on defense attorneys and now were no longer worth representing? Either way the R1.2M is no longer there as the asset forfeiture unit only managed to recover around R100K.

Let’s analyze the hapless duo’s situation. In the period between 2006 and 2011 Ms. Dlamini was gainfully employed by the state with salary, pension, and medical aid to boot. In a country with an unemployment rate of around 20 %, at that time, makes that kind of employment highly sought after. Further, she and her boyfriend were the happy recipients R1.2M in ill-gotten gains. Then in 2011 Ms. Dlamini gets criminally charged for fraud and is fired by SASSA. It is unlikely that an accused fraudster would be snapped up by industry as there is a huge pool of unemployed talent from which to pick clerks. From 2011 to 2020 she actively attempts to avoid prosecution by applying the “Stalingrad defense” including firing three sets of defense attorneys. For nine years she is presumably busy with trial preparation, negotiations with attorneys and stressfully carrying on with life having the sword of Damocles’ hanging over her head.

Then in 2020, with her booty presumably all used up, she now starts a ten-year jail sentence. It is likely that a fraudster who behaves themselves in jail may serve only half that time. The math is quite simple, her life will resume to “ex-convict” normal around 2025, penniless and unemployable apart from perhaps some reforming convict program.

I wonder if it would not have been a better option to for her to plead guilty in 2011 and then negotiate with the National Prosecution Authority a shorter sentence, in return for a guilty plea? That sentence would have been served and settled way back in – say 2015? Now in 2020 her incarceration would start to become a distant memory with far less emotional and other stress missing from her life. The possibility also exists that she may have managed to retain some of the stolen money for post “incarceration”, use.

With the current utterings by senior politician’s to halt the scourge of corruption and the Police and Prosecution services who have shown a renewed determination to apprehend those guilty of nefarious activities, it is reasonable to believe that the VBS thieves are only the first wave of white collar burglars that will face prosecution in the near future. The risk is ever present that one party, accused of malfeasance, may flinch, and have a treasure trove of evidence amassed which they intend to exchange for more favorable terms with the Prosecution. When watching Angelo Agrizzi at the Zondo commission it is evident that there is no honor amongst thieves.

Mr. Agrizzi proudly screened a video of his former boss flaunting cash which was to be used to corrupt several politicians, despite the denials of Nomvula Mokonyane, the money was to be used to grease the palms of those who were awarding the contracts. The point being Mr. Agrizzi claims he had an epiphany and consequently decided to turn his life around. I do not believe in epiphanies so would suggest that his accumulated evidence, of which the video was perhaps only a taster, was gathered together in order to negotiate very favorable terms with the prosecuting authority. Agrizzi being a man of advanced years may need all the clemency on offer.

In conclusion these snitches may guarantee the inevitable imprisonment of their coconspirators and depending on the success of their “Stalingrad defense” the sentence, I suggest, may only commence in years to come. Should the lesson of Ms. Dlamini be taken to heart by the newly accused we may find that more criminals plead guilty and have the sentences commence earlier rather than later.

It would seem that “the corrupted” may either be advised to coincide their defense plans in line with their defense attorney’s retirement plans or they may simply be stupid.