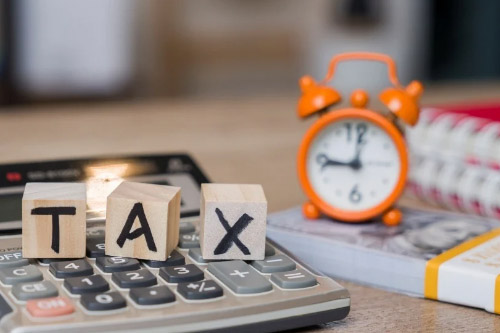 A proposal to apply tax on withdrawals of retirement interest for individuals who are no longer tax residents in South Africa, will be reworked as it may override treaties and could potentially result in double taxation of these individuals, according to National Treasury.

Treasury officials on Wednesday briefed the Standing Committee on Finance on the comments it received from the public related to draft tax bills. The draft 2021 tax bills – the Rates and Monetary Amounts and Amendment of Revenue Laws Bill, the Taxation Laws Amendment Bill and the Tax Administration Laws Amendment Bill – will be tabled in Parliament by Finance Minister Enoch Godongwana on Thursday.

The minister will also table the Medium-Term Budget Policy Statement (MTBPS). The MTBPS outlines fiscal developments over a three-year period and speaks to whether the fiscal path is still in line with that declared in the national budget.

Treasury had published for public comment the draft tax bills in July. Among the proposed changes include an 8% in excise duties for tobacco and alcohol. The draft Taxation Laws Amendment Bill, in particular, includes a proposal for a tax on retirement fund interest for individuals who cease to be tax residents in South Africa.

Under existing law, when an individual becomes a tax resident in another country, before he or she retires – then they are subject to tax in the country, linked to a tax treaty between South Africa and the country in question. In effect, South Africa forfeits its tax rights on retirement interest withdrawals for that individual. The taxpayer benefits from tax deductions in respect of contributions to his or her retirement fund, an explanatory note from Treasury read.

The new proposal however indicates that if an individual ceases to be a tax resident in South Africa, then the retirement fund interest forms part of the assets that will be subject to retirement withdrawal tax.

“The individual will be deemed to have withdrawn from the fund on the day before he/she ceases to be a South African tax resident,” the note read. This follows the same principle as the capital gains tax, explained Yanga Mputa, Treasury’s chief director of legal tax design in the tax policy unit.

Essentially, tax liabilities would apply to interest on retirement funds, whereas before that was not the case. “[The draft bill proposes], in addition to the existing exit charge, to tax the value of the interest in a pension fund, pension preservation fund, provident fund, provident preservation fund or retirement annuity fund Tax Consulting South Africa’s head of tax technical, Jean du Toit said in a separate note.

The tax may be triggered when a person ceases tax residency, but only becomes payable when the amount is actually withdrawn, he added. “Government recognises that this measure of relief is necessary, as it would have been burdensome to pay both exit charges concurrently,” he said previously.

Treasury received “a lot of comments” on the proposal, Mputa explained. Taxpayers understood the rationale for the amendment but highlighted that the provision bypasses tax treaties – and could potentially result in double taxation for members of retirement funds, Mputa explained. Du Toit was among the tax experts that flagged tax treaties could be overridden.

Mputa cited a scenario in the Netherlands in which the government had been legally challenged for introducing provisions in domestic law that bypassed tax treaties. This was seen as a breach of good faith. Based on the precedent in the Netherlands, and the fact that the respective government lost the legal challenge, has led Treasury to remove the amendment from the 2021 draft bill.

But Mputa stressed that the amendment must still be introduced. “We have to introduce this amendment, the policy rationale for the amendment is well understood. We need an amendment that will not cause friction with … tax treaties …” she said.

Du Toit said that the decision by Treasury to withdraw the proposal for now is welcomed given the problems it could have posed. He said it makes sense that Treasury would revisit the proposal – as South Africa loses out on tax in some cases based on how some treaties are worded.

However it will be difficult to enact or change domestic legislation to solve the problem, he reckons tax treaties will have to be renegotiated. “They will have to go back and fix the treaties, which is long and would not happen overnight,” said Du Toit.