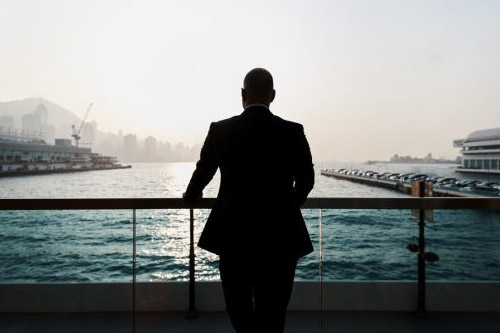 Treasury proposal to include an emigrant’s SA retirement funds within the net of assets subject to exit tax is problematic.

The Budget Review 2021 includes a proposal to impose a deemed retirement withdrawal tax on retirement assets of emigrants as an exit tax. The proposal is unclear and has numerous issues.

Data from various sources suggests that around 23 000 South African tax residents emigrate each year in search of greener pastures. Individuals who cease to be tax residents currently pay an exit tax on their worldwide assets, with certain exclusions. At present, immovable properties and retirement funds that remain invested in South Africa are excluded from the exit tax net.

Deemed retirement withdrawal tax on the day before exit

National Treasury proposes in the Budget Review 2021 (Budget) to include the SA retirement funds of an emigrant within the net of assets which are subject to an exit tax.

Emigrants will be deemed to have withdrawn from their retirement funds in full on the day before they cease to be SA tax residents, which will result in a deemed retirement withdrawal tax (RWT).

There is no effective date mentioned in the budget.

Prevent loss to the fiscus

The purpose of the proposal is to address the loss to the fiscus when an individual has emigrated to become tax resident in another country, eg, the United Kingdom (UK).

Payment of the RWT plus interest deferred

National Treasury proposes that payment of the RWT plus interest “will be deferred until payments are received from the retirement fund or as a result of retirement.”

This proposal is unclear but appears to suggest that the RWT plus interest will be withheld against actual payments received by the emigrant in the future from the retirement fund. (An actual payment could be received due to an allowed pre-retirement or retirement election, a divorce settlement or on death.)

Impact of RWT and interest as tax credit unclear

The proposal then continues to state that “[A] tax credit will be provided for the deemed retirement withdrawal tax as calculated when the individual ceased to be a South African tax resident.” This proposal is also unclear.

What would the RWT plus interest be a tax credit against?

Some DTAs provide for South Africa and the new country of residence both to have taxing rights on the SA pension and annuities. These countries include Canada, United States of America, Netherlands, Singapore, Qatar, Mauritius, Kuwait, United Arab Emirates, Saudi Arabia, Sweden and Switzerland. This usually means that the SA pensions and annuities will be subject to tax here as normal, and any SA tax paid is a credit against any tax due in the new country of residence.

If South Africa has not lost the right to tax the pensions and annuities in the DTA, then there is no need for the RWT in the first place. If the retirement assets grow at a consistent rate, there would be higher amounts of tax to be collected by Sars on retirement or when paid on death or divorce after emigration. There is no loss to the fiscus.

Capital gains, interest and dividends on retirement funds are not subject to South African tax in the hands of the retirement funds. This is based on the policy that the funds should be allowed to grow their asset base as much as possible to provide maximum value on retirement when such amounts are taxed.

The proposal will erode the asset base with a deemed interest on the RWT. This could be interest accruing over long periods until retirement. A significant portion of the retirement funds of the emigrant would not be used for retirement but to pay the RWT and interest. This runs counter against the policy to encourage retirement savings in South Africa generally.

MAP is a potential remedy

The mutual agreement procedure (MAP) is a remedy in a DTA for the revenue authorities of both countries (e.g. Sars and HMRC) to interact with each other to resolve international tax disputes.

In our example above, if the HMRC holds the view that the RWT plus interest cannot be validly imposed in terms of the UK / SA DTA, there could be double tax on the SA pensions and annuities received by the emigrant. The HMRC would not give a credit for the RWT plus interest against any UK income tax due.

A possible remedy for the emigrant would be to refer the issue to MAP and for the HMRC and Sars to discuss the validity of the RWT plus interest.

This could take years to resolve. In the interim, the UK retiree would be without any pension or a significantly reduced pension due to the RWT and interest, plus any UK tax.

Interest over the three-year wait

Recent amendments effective 1 March 2021 affecting preservation and retirement annuity funds provide that an emigrant can only access these funds after three years of ceasing to be a SA tax resident.

The proposal means that the emigrant will now also be liable for the RWT plus interest over this three-year wait, which will further reduce the value of the retirement balance.

Another reason to withdraw

We hope that many aspects of the proposal which are unclear will be clarified in the draft tax bill circulated around mid-2021. We will submit our comments in due course.

The proposal may result in emigrants electing to withdraw their SA retirement funds in full where possible and to pay any SA tax due as the risks of leaving these funds to grow in SA until retirement are too uncertain.

The fiscus will receive some tax immediately. However, the withdrawal is an overall loss for the economy as the pool of retirement funds in SA will reduce and the tax base on any growth of the funds had they not been withdrawn will be gone.