Who is liable when a payment is made in terms of an invoice that has been intercepted and altered? 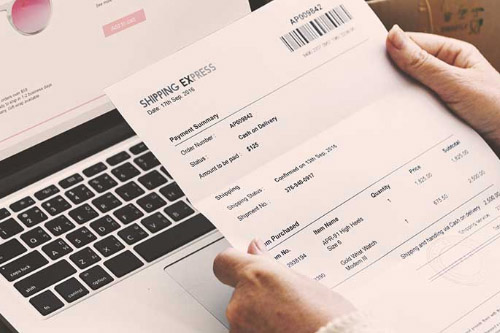 Gone are the days of receiving physical invoices. Most, if not all, invoices are now sent electronically. While this may be faster and seemingly more secure, there are still some risks involved. What happens if either the creditors or the debtors email accounts are hacked? What if the banking details on the invoice are changed without either partys knowledge and payment is made? Who is liable in such a scenario?

The dealership argued that:

Venter raised the defence of estoppel alleging that:

The first issue the court dealt with was the differing versions put forward by the two parties. In order to determine which version was more probable, the court weighed up the evidence submitted by both parties. The court found that Venters witnesses were not as reliable as the dealerships and that Venters version had inconsistencies. Accordingly, the court was inclined to favour the version put forward by the dealership.

The second issue the court dealt with was whether Venter could raise the defence of estoppel or not. In this regard, Venter bore the onus of proving the defence of estoppel and had to show that he had made the payment into the bank account of the dealership. The court referred to the version submitted by Venter and its inconsistencies as it pointed out that during cross examination, Venter admitted that there was no attributable fault to the dealerships sales representative when Venter made the payment into the wrong bank account. Therefore, the court found that there was no misrepresentation made by the dealership a requirement for a defence of estoppel tosucceed.

Lastly the court had to decide the merits of Venters counterclaim. The court again had regard to the evidence presented by each party as well as the inconsistencies in Venters version. The court pointed out that if Venter had merely verified the banking details before making the payment, then such a loss would have been prevented.

The court ultimately decided that Venter was liable and that his defence and counterclaim both failed. The court further stated that Venter, as the debtor, bore the liability and risk in the situation where invoices were intercepted and fraudulently altered.

Our courts will treat such instances in the same vein as a cheque that has been intercepted and misappropriated by a thief stating that:

When a debtor tenders payment by cheque, and the creditor accepts it, the payment remains conditional and is only finalised once the cheque is honoured. that risk is the debtors since it is the debtors duty to seek out his creditor.

As the use of electronic methods of invoicing and payments increase, it is clear as to why this case should be a clear warning for all. The court will not come to the aid of those that it deems to be negligent and it is therefore even more important to have a system of checks and balances when dealing with these methods of payment. Without these precautions, it is likely that by the time you realise that the invoice has been compromised, the money would have already disappeared.