Why you can expect to pay more tax in South Africa: economist 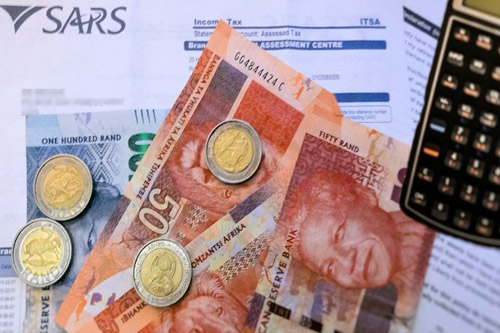 Despite an increase in VAT to 15% in 2018, National Treasury is seeing a decline in revenue collected from the tax – which means it will have to find the money somewhere else.

This is according to chief economist at Economists.co.za, Mike Schussler, speaking on The Money Show this week.

Schussler pointed to the latest data showing that over the last six months, the year on year tracking of VAT receipts are decreasing. Company taxes are also decreasing, he said – a trend that has been seen over the last 8 months.

This is only the second time since the global recession in 2008/9 that this has happened – and the decreases seen in these sectors are in nominal terms, not even taking into account inflation.

Tax collection has been under pressure for the last few years, with SARS missing collection targets by billions of rands.

In the latest reporting, tax revenues were R57 billion under projections.

This leaves National Treasury and finance minister Tito Mboweni in the unenviable position of having to find tax revenue somewhere to make up the shortfall.

According to Schussler, there is no doubt in his mind that government will look to personal income tax for this.

Of the big four taxes in the country, only two are growing: fuel tax and personal income tax, he said.

“Personal income tax has been growing at 8.2%, even though the number of jobs created hasn’t been growing. But people aren’t getting 8% salary increases, so what’s happening is tax bracket creep.”

Essentially you get a 5% or 6% salary increase and move into the next tax bracket – say, from 18% to 25% income tax – but these brackets haven’t been adjusted for inflation, so your increase is actually closer to 1% in real terms – and you pay more tax.

By not adjusting tax brackets to account for inflation in 2019, Treasury was able to gain R12 billion in tax revenue this year, Schussler said. At the higher end, there has been no adjustment for five or so years.

He added that South Africa is in the top 10 countries in terms of the personal tax burden on its citizens, and “there is no doubt in my mind that this will increase even more”.

Personal income tax previously made up 32% of all taxes collected, and now the figure is 44%.

“The question is, how much higher can we take personal taxes?

“It is going to go higher, but ultimately at some stage it starts interfering with how people spend. It’s already interfering – when you take home less, you spend less, which is one of the reasons why VAT is declining,” Schussler said.