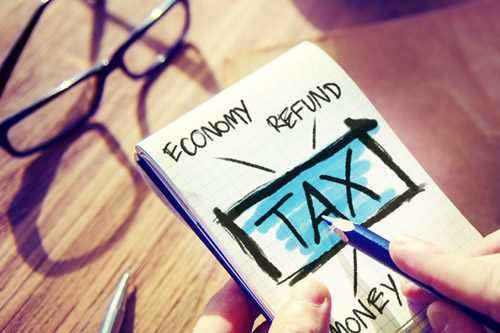 “One of the most topical and debated amendments being proposed is the removal of the foreign remuneration exemption (section 10(1)(o)(ii)). This section allowed employees to prevent the incurral of double tax based on their residence in South Africa and the source of their remuneration in a foreign country if certain criteria were met,” says Tarryn Atkinson, Chairperson of the South African Institute of Chartered Accountants (SAICA) Employees Tax and Expatriate Sub-Committees.

“The impact of that proposed amendment is complex and broad not only for the employees but for employers managing multi-national companies with operations in foreign jurisdictions. It requires consideration on its own. As a result, this article will only deal with some of the other proposed amendments affecting employers and employees,” added Atkinson.

The Draft TLAB proposes key changes to the exemptions from UIF contributions under the UIF Contributions Act.

Section 4(1)(b) currently exempts employers and employees that have entered into learnership agreements under section 18(2) of the Skills Development Act from UIF contributions with logical consequence that these learners could not claim benefits as a result. The draft legislation seeks to remove this exemption, thus requiring contributions from the employer and employee (learner).

Section 4(1)(d) provided an exemption where a foreign employee/learner entered South Africa for a contracted period and was required to exit South Africa on termination of the contract. This essentially applied to inbound expatriates or foreign contractors that were in South Africa for short periods of time to complete projects for example. The rationale for the exemption is clear, foreigners should not be dependent on our social services funds if they are only temporary visitors. It is proposed that this exemption be removed, thereby requiring the foreign employee and the employer to contribute towards UIF.

While these parties will need to contribute if the legislation is promulgated as it stands, there is currently no corresponding amendment to the UIF Act that will allow them to claim benefits from the Fund. This amendment would need to be legislated by the Minister of Labour and not through National Treasury. Currently the thresholds in the legislation also differ after the Minister of Labour, earlier this year, promulgated an increase in the benefits threshold which was not matched by an increase in the contributions threshold.

The 2016 amendments to section 3 of the SDL Act saw the deletion of sub-sections 3 to 7 which set out the principles for determining the leviable amount, i.e. the amount on which SDL is calculated. This was widely regarded as an unintended error.

The proposed amendments will re-introduce sub-sections 3 to 7 with a single new exclusion from remuneration. The revised version of sub-section 4 introduces paragraph (e) which proposes to exclude any remuneration, as determined under section 11C of the Fourth Schedule to the Income Tax Act, paid by an employer to a director of that employer if the employer is a private company.

The 2017 Budget speech indicated that changes would be introduced to the taxation of reimbursive travel requiring this to be taxable by the employer under the Fourth Schedule. Under current legislation, reimbursive travel is not taxable on the payroll but only on assessment although there are a number of employers that voluntarily apply PAYE.

The legislation that governed the retirement contributions deductions under the Retirement Reform did not specify how the limits were to be applied i.e. was the deduction available to be utilized in a single month or smoothed over a year. This created some uncertainty, particularly for payroll software providers that were required to develop the legislation into the payroll software systems.

The proposed amendment provides that the monthly deduction will be limited to the annual limit divided by 12, however the 27.5 % limit will continue to apply. This creates certainty around the application of the deduction for payroll purposes, however, it may also create some disparity if in particular month an employer has high remuneration (e.g. in a bonus month) and has not reached their limit in the preceding months, the application of the monthly limit will prevent the employee from utilizing the unused deductions in that month.

This will however, be resolved on assessment where the annual calculation will take place taking into account all taxable income and the limits reapplied.

An additional amendment to retirement fund deduction is the removal of the section 11(k) deduction from section 11 and the creation of new section 11F. This new provision goes further than the current section 11(k) in that it now will prevent the retirement deductions from creating an assessed loss. The deduction will therefore be limited to the taxable income of the taxpayer.

SAICA has been proposing such an exemption for a number of years and applauds National Treasury’s commitment to implement such a policy.

The costs associated with educating disabled learners are significantly higher than educating able learners. The proposal provides for an exemption from a bona fide bursary or scholarships awarded to the relative, a limited definition is being applied, of an employee under the following conditions:

The rollout of the whole scale retirement reform envisaged by National Treasury has been protracted and highly emotive, resulting in piecemeal implementation.

March 2016 saw the implementation of the fringe benefit on employer contributions and consolidated deduction for all retirement funds, however, one of the key pieces of the puzzle is the much debated annuitisation of provident funds. This aspect was vehemently objected to by the Trade Unions, resulting in the effective date being delayed on a number of occasions.

As the legislation currently stands, the annuitisation of provident funds was to become effective on 1 March 2018, however the Draft TLAB proposes that this be further delayed to 1 March 2019 to enable further consultation with the Trade Unions regarding broader social security reform.