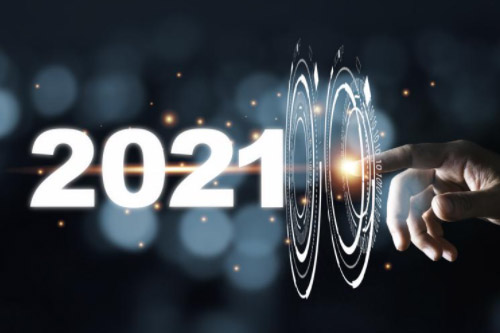 2018 and 2019 can best be described as the years where government and several organs of state saw a turnaround strategy be implemented to reverse some of the ravages caused by the
incompetent and corrupt rule of Jacob Zuma. Ramaphosa immediately fired 10 ministers and three deputy ministers including Bongani Bongo (later arrested, twice on different corruption charges), Des van Rooyen (better known as the weekend special after he was promoted by Jacob Zuma as minister of finance for one weekend) and Mosebenzi Zwane (whose name came up prominently at the Zondo commission linked to the Gupta and Eskom scandals).

Ramaphosa also axed several directors of various organs of state. Tom Moyane – SARS – and Shaun Abrahams – NPA – were ultimately replaced by Edward Kieswetter and Shamila Batohi respectively. Both these organisations are essential weapons in the fight against corruption and state capture. Both heads immediately commenced a turnaround strategy in their various departments which resulted in 2020 being known as the year of the arrest.

In late August 2020 Hermoine Cronje, head of the Investigating Directorate of the NPA announced that several arrests were expected soon. Boy did she not disappoint us. By 10 November 2020, a warrant of arrest was issued for Ace Magashule for his involvement in the R255M asbestos tender. In the preceding two months, over 100 people were arrested for various corruption related charges. These people included high ranking police officials, government employees and connected businessmen. For a more comprehensive listing please refer to the article on the link below.
https://www.businessinsider.co.za/these-are-all-the-high-profile-arrests-made-in-the-last-week-2020-10

A few of the names to note, facilitators of corruption on a grand scale, are:

Regrettably the list does not include the Gupta brothers, Salim Essa and Anoj Singh.

I digress this is not an article to blow the horn of the NPA. Remember that in most instances several people are charged at the same time. Now when several people are all sitting in the accused dock it changes the dynamics of the defence strategy immeasurably. There are always some of the accused who feel marginalised, usually not the architects of the scheme but benefitted in some way from the nefarious activities.

It is understandable that the kingpins will inevitably adopt the “Stalingrad Defence”. The defence structure designed to frustrate the prosecutors and to try to seek out a loophole which will
guarantee the liberty of the accused. It is a time consuming and very expensive approach and by no means guarantees success. The alternate is that the marginalised in the accused dock find an acceptable arrangement with the prosecutors in return for full co-operation when they turn on their former colleagues.

This scenario has already started to take place. Let us unpack the VBS saga and take three individuals. Keep in mind that all these individuals have sacrificed any hope of returning to the
banking industry and remain totally unemployable. Their only chance of economic survival is either that their ill-gotten gains are sufficient to maintain their economic retirement or they adopt other source of income:

Philip Truter now serving his sentence at Leeukop prison. Presumably adhering to his obligations, he meets regularly with the NPA at their offices to discuss the evidence he has against his fellow crooks. Philip’s day starts with him missing morning breakfast at the prison, a quick ride in the NPA car to their offices where he slips out of his orange overall into more comfortable sweatpants and T shirt.

Two boiled eggs, Boere Wors and moer koffie courtesy of Mrs Truter is certainly more palatable than the product of the Bosasa appointed catering contract. In the evening Philip enjoys a lamb curry with just the right amount of Mrs Balls Chutney suitably kept warm in the hot box returned to Mrs Truter in the morning. This is not the kind of “time served” as depicted by Shawshank Redemption.

In contrast Ramakosi will soon come to find out that every supreme court challenge will cost north of R250K. It won’t be long before his remaining ill-gotten gains are consumed, and all avenues of credit get exhausted. These defence teams are very clear that they are lubricated with money. If you can no longer pay its time to consult the public defender. The public defender is probably a mediocre legal graduate from UNISA with limited litigation experience who will recommend Ramakosi throwing himself at the mercy of the court. The time to cut a deal with the NPA has, by then, long gone as there is nothing, he can reveal the NPA does not know. There will be no visits to the NPA offices as the other crooks have already been convicted.

So, who has gotten the advantage? Truter serves 14 months with a very easy sentence spent mostly at the NPA offices or testifying in court. Ramakosi will finally admit guilt in 2024 with no money, no prospect of employment and a mountain of debt and most notably no one interested in what he has to say. Tending the vegetable garden will be where his 36 months will be spent complaining viscously about how hard a sentence he has been dealt. No doubt he will bleat endlessly about racism implying that his sentence is a result of the colour of his skin and not that he commenced his journey listening to his legal counsel and not straight forward common sense. Truter, on the other hand, is sitting on the stoep of his B &amp; B lecturing his grand children of the woes of dishonesty drinking Mrs Truter’s moer koffie.

This must be the most wonderful time for defence advocates. There is a field full of crooks that are guilty, they need to find a loophole in order to secure their liberty AND most important of all – they have stolen a huge fortune of money which they are able to pay defence attorneys.

I do believe that at some stage common sense will prevail. I predict that several the marginalised crooks who did not steel as much as the kingpins suddenly come to the realisation that a better
course of action is to accept some kind of NPA deal, turn state witness and commence your sentence earlier rather than later. I believe that 2021 will be the year when the NPA will chalk up several convictions.

A change of plea to guilty is a conviction all the same. Once the first few starts, I predict, that there will be a flood of side-lined crooks who will be bashing down the door of the NPA.

Making 2021 the year of the conviction.