A Hail Mary For The Cash Constrained Taxpayer 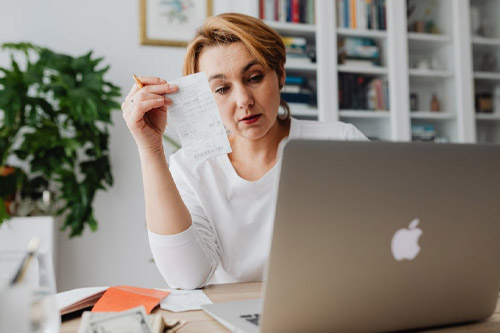 Tax appears to be the one debt that often surprises consumers each year. And with the annual individual tax filing season closing on 24 October, the clock is ticking to pay the taxman his dues.

There are two specific mechanisms in the Tax Administration Act that provides taxpayers with debt relief. The first being the Compromise of Tax Debt and the second being the Deferral of Payment. These relief mechanisms may be the difference between financial continuity and prosperity, and the financially constrained taxpayer, facing sequestration (individual) or liquidation (company).

Although both mechanisms are favourable to the indebted taxpayer, each has its own pros and cons, to both the taxpayer and the South African Revenue Service (“SARS”).

The pros and cons of a tax debt compromise

When applying for a tax debt compromise, SARS imposes upon the taxpayer a stringent evidentiary burden to meet the muster of securing a Committee hearing. This process requires a number of disclosures as it pertains to the taxpayer’s income and expenditure. It extends further to one’s holdings, both local and offshore, including bank accounts, traditional investments and crypto assets.

In the case of a company, SARS will require both annual financial statements and management accounts. This is to evidence that there was no mismanagement of funds.

What makes the tax debt compromise appealing is that it permits a more favourable tax position to the taxpayer. We have seen compromise settlement figures ranging from 10% and up to 60% of the tax liability.

The only possible catch here is that SARS generally requires the entire settlement amount to be paid as a lump sum payment, which is not always feasible for the cashflow-restricted taxpayer.

The pros and cons of a payment deferral

The payment deferral application works differently. The taxpayer does not actually reduce the tax liability due to SARS. Instead, one enters an instalment arrangement with SARS to pay off the debt over a period of time. This means the taxpayer remains liable for the entire tax liability but is permitted to pay it off in tranches. To ease up cashflow constraints and allow continuity.

On a level of solution-based thinking, the ideal outcome is to remain solvent, while ensuring tax compliance.

The tax debt comprise does present a more attractive option for taxpayers with a stable income that do not have the means to settle the entire tax liability, together with interest and penalties, in a single payment.

The process allows you to significantly reduce the tax liability and make full settlement. Thus, allowing you to use the remainder of your resources to cover the cost of living / operating expenditure.

A word of caution

SARS has embarked on several aggressive revenue collection drives and the Commissioner has categorically stated that non-compliance will be met with the full might of the law.

As a Top 6 tax return submissions practice, we can confirm that SARS audit activity is on the rise. Being privy to many SARS verification requests, it is clear we are dealing with an intelligent, data driven and focused revenue authority that has shaken the bad reputation of the past.

Taxpayers are therefore encouraged to seek robust assistance from a provider with a strong tax and legal component when using either a compromise or payment deferral, so they do not fall foul of the law and its intent.

However, we have seen in practice that where the correct process is followed, SARS remains amicable to engaging in negotiations surrounding the implementation of debt relief mechanisms.