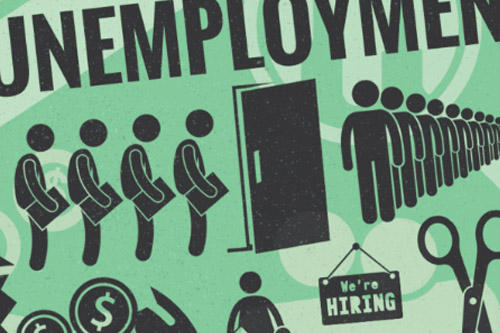 The biggest problem with the “Unemployed”, is the “Unemployed” They are their own worst enemy.Now why would I say that? Would the unemployed not actively try and change their lot in life? The economy has recently showed some nice growth and I have seen a number of entrepreneurial clients increasing their staff compliment, but that would surely not change the overall landscape of the unemployed? So why are the “unemployed” their own biggest obstacle?

Employees often tell you how they have been exploited and abused by their employers. They lament all the injustices that have been bestowed upon them, the poor hapless employees. In the many years that I have been an employer, I have employed in excess of 200 staff, I would probably only take back about a dozen of them, should the opportunity arise, i.e. less than 10 %. Of all the times I have been cheated, nothing compares to the way in which employees have directly stolen from and cheated me.

Two instances stick out here:
The first, when a bookkeeper had been paid on the Friday and returned to work on the Monday and resigned. She also informed me that this would be her last day of work despite the fact that she had a notice period written into her contract, or the fact that the last day of the month was the up-coming Thursday, and she had been paid until then. Nothing I said would deter her and she was never seen again.

The second, and a far more sinister ex-employee, managed to convince several of her colleagues to resign at the same time. She then tried to blackmail me into accepting her as a consultant and pay her and her staff to complete the work I was contractually bound to do for my clients. She also stole a few clients, who then terminated our services.

All this really does not encourage the employer to want to employ staff. The experts say the perfect profession is one where you have no staff or clients.

What are then the two attributes that an employer requires? Skills and a positive attitude. I would go as far as to say that skills are something which are mostly, but not in all instances, obtained through having the right attitude. An employee with a “can do” attitude is priceless. They are the ones that put in double the effort to make sure that task is done right, on time and with the care that shows in the results.

Take an employee with the right attitude and ask them to do some menial task, like cater for a social function on a Friday afternoon for all the staff. They will make sure that everyone’s taste has been considered. They will have a few beers for the men, wine/cold drinks for the ladies. They will make sure there is butter for the roles. Now look at that person and you will see that they have applied the right attitude to all aspects of their life. Their studies will flourish. They will have good relationships with their spouses and kids. Their work will most often be of a high standard as expected. The exact inverse applies to a person with the wrong attitude. Their work will normally be dismal, they fail in their exams and too often there will be a failed relationship with a loved one.

Unfortunately, employees, just like anyone else, are often shaped by their role models. A symbiotic relationship exists between all the role players in a company. The owners must work with the management who in turn must promote a good relationships with their customers and suppliers. The
employees are also a vital cog in this relationship, but they are the single party who adopt a very hostile tone towards the other parties in the relationship. How many times have we heard the Trade Unions shout, “OUR DEMANDS” One never hears a customer shout “I DEMAND” but the Unions and employees have some kind of belief that hostility will bully management and owners into submission. Employees look up to the Trade Unions and often then adopt the wrong attitude.

In July 2015 some employees at MTN went on strike. The long and the short of it was that MTN did not give in to their demands and rather looked to retrench several striking employees as their workload was distributed to other staff and the employer realised that they did not need these employees. The net effect was, they not only had to forgo higher salaries, but actually lost their jobs. This is a classic example of bad attitude leading to unemployment.

It is a disgrace how badly the Unions have acted in South Africa. They had a golden opportunity to help their stakeholders with not only with higher wages but also with overall upliftment of employees. You never heard the Unions demand better training or day care centres for employees with young kids. They have never tried to act on finance or investment committees to better understand retirement benefits for the employees. All the Unions have done is to “demand” higher wages.

I digress, this article is not an anti-union rant but rather to voice the value of a good attitude amongst employees. What can we as entrepreneurs learn from this? To apply a good attitude to the way you look after all the other members in the symbiotic relationship. A good attitude will be spotted by others, and they will be attracted to a good attitude. It helps you cement your relationship with clients and suppliers alike.

In closing, my advice is to maintain a positive, “can do” attitude, that way you most likely will maintain good relationships with stakeholders within your organisation and has a better chance of success than
those entrepreneurs who have a bad, “can’t do” attitude.