Beware of potential double estate tax on your offshore property 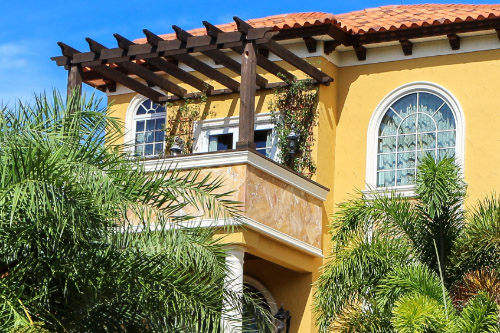 For South Africans who have invested in offshore property, estate planning can be challenging given the legal and tax frameworks of another country.

Therefore, it is vital to know what to expect and how to mitigate financial risk.

“Taxation can be a complex business even if you are liable to pay in only one country,” says George Radford, head of Africa at IP Global.

“When you bring multiple jurisdictions into the picture, it can become even more complicated.”

One of the more common offshore investment destinations for South Africans is the United Kingdom. It has the appeal of being in a similar time zone with direct flights and no restrictions on foreigners buying property – provided they can afford it.

“In the UK they charge inheritance tax, which is a death duty payable on the assets that someone owns when they die. The scope of inheritance tax depends on a person’s domicile – which is a legal concept that extends beyond the simple concept of tax residence and looks where your permanent home is,” says Jamie Morrison, a partner at HW Fisher & Company, IP Global’s tax partner in the UK.

“If someone is domiciled in the UK, they are liable to pay death duties on their worldwide estates, even if they are located in another country.”

If the property owner is domiciled in another country, he says they are potentially exposed to death taxes in the UK on their UK situated assets.

“A South African domiciled person who owns an asset in the UK – whether it’s cash in a bank account or property – is potentially exposed to taxes here,” Morrison explains.

He points out that under international tax principles, double taxation is allowed – which means that you can be taxed in both the country you live in and the country in which you own property. This is in terms of a principle called “source vs residence”.

“So, where real estate is concerned, the jurisdiction where the property is located – in this case, the UK – gets primary taxing rights, or the first bite of the cherry. South Africa will then tax the same asset, but the amount taxed can be offset under double taxation relief, depending on the exact wording of the Double Tax Agreement,” explains Morrison.

Countries share information through the Common Reporting Standard, which means that the government will always be aware of foreign-held property. However, if a foreign investor is considering purchasing property in the UK and wants to make the inheritance of the property as affordable as possible for their children, they could go one of two possible routes.

“If the intended beneficiaries are of age and sound mind, then the investor could buy the property in their names. The second approach is to take out a mortgage at the point of purchase, which reduces exposure to tax, as inheritance tax is only charged on the equity value” says Morrison.

Explaining the tax breakdown, Radford says the estate of a deceased person in South Africa is subject to 20% estate duty, after taking into account an allowable deduction of R3.5m against the net value of the estate. If the estate is worth more than R30m, the inheritance tax charged on the dutiable amount is 25%.

“In the UK, the current inheritance tax threshold is £325 000 (about R6.2m) per person and spouses can transfer the tax-free amount between them. There is an enhanced allowance available, but this only applies if your estate contains your main family home. Everything above the threshold will be taxed at 40% on your death,” says Radford.

He adds that, although the UK example may be illustrative of how these things could be handled in a foreign country, there is no symmetry in how death duties are settled in different jurisdictions across the globe.

“It’s clear that taxation is a significant factor for any investor, and the implications of ownership for the next generation should always be considered when making the decision to purchase an offshore property,” concludes Radford.