Warning of second increase in VAT 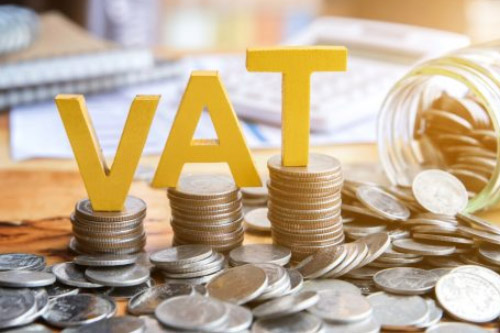 Cape Town – With the new finance minister set to deliver the medium-term budget policy statement later this month, tax experts have warned of a likely increase in VAT in the coming year.

Bernard Sacks of Mazars, a global organisation specialising in audit, accounting, tax and advisory services, said there was a possibility that an increase in VAT could be introduced to make up for shortfalls in tax revenue. “We are in a technical recession; that means the economy is shrinking, and with that comes a reduction in business activity and possibly a reduction in income tax (revenue),” Sacks said.

While tax rates are announced during the national annual Budget usually delivered in February, Sacks said it was important to hear what the new minister would say in the medium-term budget policy statement planned for October 24.

The 2018 national annual Budget was presented by Malusi Gigaba, who introduced the increase in VAT from 14% to 15%. He was later replaced by Nhlanhla Nene, who has now been replaced by Mboweni.

“This (policy statement) is an opportunity to take a look at the current situation and make adjustments to the Budget. Tax rates are not usually announced at this time,” said Sacks, adding that, however, come the new year, an increase in VAT was possible.

According to experts, the SA Reserve Bank has cut its estimate for South African gross domestic product (GDP) expansion to 1.2% from 1.7%, while the World Bank’s most recent predictions place the country’s GDP growth at 1%, and the International Monetary Fund has almost halved its expected growth rate for the country from 1.5% to 0.8%.

Mboweni has the task of presenting a medium-term budget which will reveal whether or not the reduced consumer spending, low business growth and spiralling fuel costs during the course of 2018 will lead to a revision of revenue collection targets, said Sacks.

He said with general elections looming, there might be a public outcry if VAT was raised but an announcement of additional zero-rated items could be used by the government “as a sweetener”. Zero-rated items are products for which consumers do not pay VAT, and include basic food such as fresh fruit and vegetables, brown bread, legumes and pilchards.

The current list of 19 zero-rated items could be increased to include items that are yet to be approved by the Treasury. Additional items could include sanitary products, school uniforms and disposable nappies.

The head of the accounting department at UWC, Walter Geach, said increasing VAT or any other tax would be disastrous. “The last thing we need is an increase in tax. The poor will, once again, be hit the hardest and that cannot be right,” he said.

The public was already struggling with unemployment, and high fuel and food prices. “We need to hear an embracing message that will give a positive commitment to investors locally and abroad. We need to make investors see that South Africa is a place to invest in; this means less restraining policy. In this medium-term budget, the government needs to show that it cares for the people,” Geach said.