Caution needed about the hype around ‘pervasive profit shifting’ 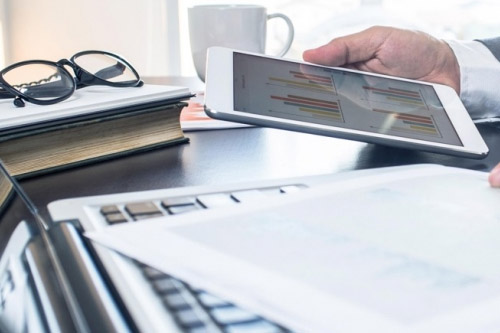 A recent study on the role of large foreign multinational companies in shifting profits from South Africa to ‘tax havens’ has been welcomed, but also criticised.

According to the research done on behalf of the Southern African – Towards Inclusive Economic Development (SA-TIED) programme, tax haven-owned firms are 80% less profitable than their non-haven-owned counterparts.

“Taken at face value, this suggests that 80% of the income of haven-owned subsidiaries is lost to tax havens,” the research found.

The researchers – SA National Treasury director Hayley Reynolds and Ludvig Wier from the University of Copenhagen in Denmark – found that 10 foreign-owned firms drive half of the aggregate profitability gap.

Narcizio Makwakwa, acting chief officer of the Large Business Centre at the South African Revenue Service (Sars), says due to the secrecy provisions in the Income Tax Act, Sars is not in a position to divulge whether the companies referred to in the study have been subjected to audits or not.

It is standard procedure to issue an additional assessment where Sars believes any taxpayer has not complied with the letter of the law.

PwC tax partner Kyle Mandy says the research is to be welcomed and that more of this type of research is required, certainly in the South African context.

“That said, caution should be exercised in placing too much store on this paper and the hype surrounding it as direct evidence of large scale profit shifting in South Africa.”

Mandy says that while there is undeniably profit shifting taking place, the pervasiveness and the quantum thereof remain subject to debate and different views.

“At best, this study is indicative of possible profit shifting and the possible extent thereof and is not evidence in its own right.”

According to Mandy it was “almost inevitable” that the study would find some indication of profit shifting, given the methodology used.

After all, the presence of a multinational parent in a tax haven is itself likely to increase the likelihood of profit shifting.

The researchers indicated that for most of the analysis in the paper, they used the simple profit-shifting incentive measure of whether the parent is located in a tax haven.

Any profit shifting via a sister firm or from a South African parent to a foreign subsidiary has been disregarded.

Mandy points out that only a small portion of South African inbound multinationals are held through tax havens.

According to the researchers, a fifth of the little more than 2 000 foreign-owned companies in South Africa are owned directly through a tax haven.

Mandy further points out that the study indicates the possibility for profit shifting to also take place with companies other than the direct parent.

“The result is that the population used to calculate the profit gap is hopelessly understated and therefore susceptible to producing distorted results.”

Companies are required to disclose their cross-border transactions with connected parties in their tax returns. Such transactions are the only means by which profits can be shifted within a multinational.

“It is therefore surprising that use was not made of this data in the study rather than the somewhat arbitrary tax-haven parent,” says Mandy.

He further refers to the finding that just 10 firms were responsible for 50% of the profit gap. “This finding is actually suggestive that large scale profit shifting is not pervasive among multinationals but is limited to just a few of the largest firms.”

Mandy says this is in line with PwC’s experience where they find that most multinationals endeavour to transact at arm’s length prices between their operations in different countries.

“However, this high concentration also has the potential effect of distorting the overall result. For example, the low profitability of many of those firms may be explainable by reasons that have nothing to do with profit shifting.”

The researchers found that apart from a sizeable wage bill, there are other “clear characteristics” attached to the firms driving the gap.

They found that 28% of the macro-profitability gap is driven by companies operating in the resource extractive industry (mining), despite these firms only constituting 2% of foreign-owned firms. “This is alarming given the large share of total economic activity resource extraction constitutes in developing countries,” they wrote.

Next to resource extraction is the financial industry, accounting for 19% of the total profit gap, the researchers found.

“The result is that the findings could be heavily distorted where the weighted average industry mix between the two populations is significantly different, as apples are not being compared with apples.”

He also refers to the years that were used in the research – 2010 to 2014. This was when the profitability of the extractive industry and the financial services industry was severely impacted in the wake of the global financial crisis.

Keith Engel, CEO of the South African Institute of Tax Professionals (Sait), agrees that the emphasis on differential tax rates could easily skew the results, especially given the “internal political drivers” of the study.

“However, unlike other tax policy studies on Africa, an honest attempt was made to analyse the situation at a more granular level.”

He adds the existence of low-tax jurisdictions is often used to prevent double taxation and not always to shift profits. The study seeks to analyse specific transactions, but is honest in admitting its own shortcomings.

Engel says granular-transactional data is hard to uncover, even in the case of South Africa which is ahead of most African countries on the data front.

One very important point about the study is its proper emphasis on foreign-owned South African companies.

This area of the tax base is often overlooked by units within Sars, which over-emphasise South African multinationals with operations abroad, the latter not being the main danger to the South African tax base, says Engel.

In terms of foreign-owned South African companies, the main danger does not appear to be domestic legislation, but rather overly generous tax treaties with certain low-tax jurisdictions.

Makwakwa says although it is accepted that there may be a tax gap, Sars will review its detection capability to ensure that the loopholes are closed. It may not be necessary to change legislation, but a need may arise to review the detection capability, and audit procedures may have to be amended.