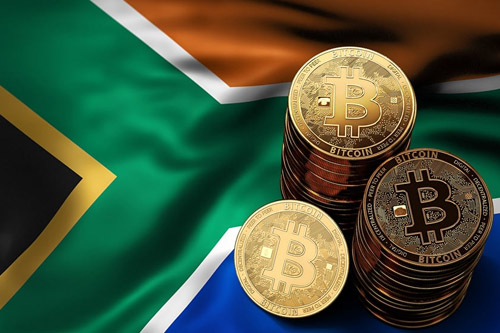 There are many South Africans who have made investments into cryptocurrency, and we see all types of traders and investors on a daily basis. It has announced a new dawn of investment world-wide and regulators world-wide have been sluggish to respond. However, it is now firmly on the tax radar for revenue authorities world-wide; and the position of SARS seems to be no different.

The Walls Are Closing In On Crypto Traders

In the 2021 Budget Speech, Minister Tito Mboweni announced that SARS will be provided with an additional allocation of R3 billion to “modernise its technology infrastructure and systems, expand and improve the use of data analytics and artificial intelligence capabilities, and participate meaningfully in global tax compliance initiatives”.

In addition to audit letters recently sent to taxpayers enquiring about their cryptocurrency-related holdings and activities, the Commissioner of SARS, Edward Kieswetter, has further stated following the 2021 Budget Speech that “[u]ndisclosed offshore assets, including crypto-assets such as bitcoin, will be a big area of focus.”

SARS seems to be looking at cryptocurrency as an area of additional tax revenue, and with the ability to raise 100% penalties and strengthening of criminal offenses provisions where an innocent mistake can now give you a criminal record, the law is very much in SARS’ corner. Now, the infrastructure is already being put in place to ensure that the shortfalls of SARS’ current information-gathering and tax revenue collection mechanisms are systematically closed.

SARS has already included questions concerning cryptocurrency in the capital gains tax portion of tax returns, and have further created source codes for cryptocurrency-trading profits (​2572) and losses (2573) respectively. This means that there is no room for a taxpayer to manoeuvre in light of non-disclosure in their returns.

United States Example – Are They Smarter?

The much feared Internal Revenue Service (IRS) has similarly embarked on a drive to bring previously undisclosed cryptocurrency amounts into their tax net. However, compared to SARS, it appears that the IRS is taking a much more robust approach, as no one messes with the IRS.

The United States have strategically placed the question about cryptocurrency holdings on page one of their tax returns (known as a 1040, which makes for a joint tax filing by a family). All United States citizens and green card holders are thus forced to answer accurately, eliminating any defences later.

Their question reads whether the relevant taxpayer did, at any time in the tax year, “receive, sell, send, exchange, or otherwise acquire any financial interest in any virtual currency”.

This means that, regardless of whether or not and how cryptocurrency was acquired by the taxpayer, they are expected to disclose this to the IRS. In 2019, more than 10 000 letters were sent to taxpayers who had carried out crypto transactions and who may have failed to report their income and pay the tax owed.

In South Africa, it seems better late than never for SARS, who are only recently engaging in their cryptocurrency compliance and enforcement project. Nevertheless, this does not mean that taxpayers should expect any leniency from SARS for incorrectly or undisclosed cryptocurrency transactions. SARS is increasingly being forced into a space where it must drop its soft gloves approach in helping taxpayers being compliant and putting up billboards about how good taxes are for the country. They now have the additional R3 billion allocated towards SARS for this purpose, and it appears that they have been given 3,000 million to go out and collect even more.

Contrary to what many traders and investors believe, cryptocurrency can be tracked and traced with the correct expertise and resources. This may be through direct questions posed by SARS to a taxpayer in terms of an audit letter, or by way of more indirect questions (e.g., asking questions with reference to outbound money transfers by the taxpayer and withdrawals from known cryptocurrency platforms). Remember, technology does not forget and once you have clicked on even a cryptocurrency ad, your digital footprint is already there.

Taxpayers need to understand the tax treatment applicable to cryptocurrency trading ahead of time and take the necessary steps to ensure they are able to meet their obligations. If taxpayers have already been trading in cryptocurrency and have not given the tax consequences much thought, it may be wise to seriously start considering the regularisation of their affairs with SARS.

Recent changes to our tax laws in South Africa mean that SARS no longer has to prove that someone had an intention to commit a criminal tax offence. Instead, only negligence on the part of the taxpayer needs to be proved. Upon conviction, a taxpayer may be fined or sentenced to up to two years in prison and, if found to have attempted tax evasion or to obtain an undue refund, this may result in them spending up to five years in prison.

It is clear that cryptocurrency remains a key concern for revenue authorities and the issue will not be going away any time soon. As SARS continues to evolve its infrastructure to clamp down on non-compliance in relation to cryptocurrency, taxpayers need to be mindful of their obligations and render unto Caesar what is due or face the consequences of continued non-compliance.