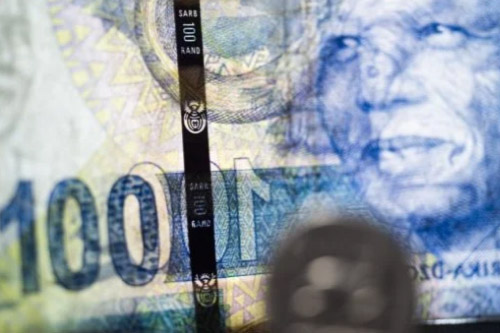 The South African Reserve Bank’s (SARB) Monetary Policy Committee (MPC) is set to increase the repo rate this week – with consensus among most analysts and economists that the hike will be larger than at previous meetings.

The MPC will sit for its May meeting from 17 May, with an announcement expected on Thursday (19 May).

A Reuters poll on Friday showed that a majority (16 out of 24) of analysts surveyed expect the MPC to increase the pace of its interest rate hiking cycle, with a 50 basis point (bps) hike pencilled in, to 4.75%.

The Bureau of Economic Research (BER) said it has also shifted its stance from 25bps to a 50bps expected.

“This is informed by the more hawkish interest stance adopted by the US central bank, as well as the stark and sustained move weaker in the rand exchange rate since mid-April,” it said. “The MPC is also likely to be concerned about recent above-inflation wage demands in both the public and private sector.”

An overwhelming majority of Finder’s panel of 22 economists, academics, and property specialists (95%) said the rate will and should increase, while just one panellist (5%) predicted that the SARB hold the rate.

The rate will increase by 50bps, according to 62% of Finder’s panel. However, 64% said the SARB should increase the rate by just 25bps.

“We expect SA inflation to rise above the SARB’s upper target of 6.0% driven by fuel, electricity, food, and goods prices. Further, we expect global financial conditions to tighten faster resulting in a weaker USD/ZAR exchange rate, thus the SARB must normalise in line with the Fed and other major central banks,” he said.

Inflation is also the primary reason why BankservAfrica head of stakeholder engagements Shergeran Naidoo said the MPC would increase the rate on May 19. However, Naidoo predicted a more modest 25bp increase.

“Inflation is poised to breach the upper end of the SARB’s 3%-6% limit. Many say that has already been breached. It should be noted that although much of this inflationary pressure is supply-side based, there is merit in increasing interest rates as a tool to try to slow down inflation caused by low borrowing costs.,” he said.

82% of Finder’s panellists believe the MPC will increase the rate at least two more times, inclusive of May, before the end of 2022, with one in three (36%) saying there will be as many as four rate hikes.

Finder’s panel thinks the repo rate will end the year at 5.25% on average. The panel said inflation will likely hit 5.8% at the end of the year with panellists forecasting between a range of 4.5% and 6%.

BNP Paribas chief economist Jeff Schultz thinks the repo rate will reach 5.75% by the end of the year, to be raised to 6.50% by mid-2023 as the SARB looks to build up room for policy manoeuvre in a highly uncertain global environment.

“We only see CPI coming back towards the SARB’s 4.5% target midpoint by mid-2023. This, coupled with other DM central banks such as the Fed that are likely to pick up the pace of rate hikes in the coming months, means that the SARB will be hard-pressed not to keep its foot firmly on the hiking pedal.”

Schultz said the rate will increase at every decision from now until the middle of next year.

“We expect a 50bps hike in both May and July, followed by successive 25bps hikes in every meeting to mid-2023.” he said.

Investec chief economist Annabel Bishop gave one of the lowest end-of-year inflation forecasts and believes that the repo rate will be 5% by the end of 2022.

“We expect inflation to average 4.5% in 2023 and 4.7% in 2024, with little need to alter interest rates if the US was not normalising its monetary policy. The damage to growth from the KZN floods might also quell the SARB’s appetite for extreme hawkishness this year,” she said.