International exchange of information – get your Airbnb in order 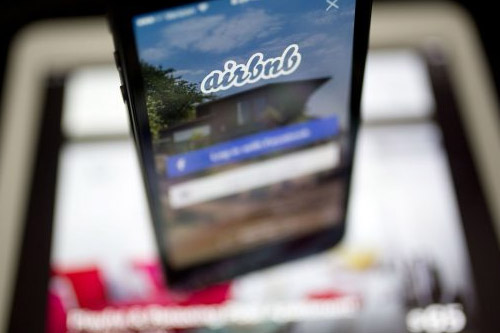 It has come to light in March 2022, that the Irish Tax Authority (ITA) has reached out to Airbnb Ireland UC (Airbnb), for the disclosure of specific information, as pertains to income generated from the online accommodation booking platform, across both current and historical transactions.

This arose after the South African Revenue Service (Sars) issued an exchange of information request to the ITA pertaining to South African resident hosts not having their Airbnb in order. The ITA actioned immediately, engaging Airbnb for the transactional lists canvassing the 2018/19 and 2019/20 tax years.https://assets.poool.fr/advanced-paywall-frame.html

Airbnb has proactively laid the foundation for their co-operation with the issuance of a notice to its South African user base stating that “your earnings on Airbnb are subject to South African tax regulations”. Whether this is a proactive risk mitigation measure for the company, is yet to be ascertained.

Airbnb serves as the data controller for the personal data of all hosts in South Africa and has been formally requested by the ITA to hand over this information by virtue of their legal obligation to comply. It is further noted that prior to this information sharing, the ITA will communicate same to the affected South African hosts.

Sars’s approach should not come as a surprise; a review of South Africa’s domestic legal framework was proposed in the 2022 Budget Speech with the objective of facilitating joint audits. This proposal pertained particularly to the Tax Administration Act, No. 28 of 2011 (the TAA), with the amendment sought being that provision is made for the comprehensive utilisation of joint audits with foreign tax authorities.

The knock-on effect of this, as can now be clearly seen in the instance of Airbnb, is the promotion of the automatic exchange of information and imputing a legal obligation on the respective revenue authorities by virtue of the provisions contained in the Multilateral Convention on Mutual Administrative Assistance in Tax Matters.

What is noteworthy, simply based on Airbnb being the first of many targeted entities for the automatic exchange of information requests, is that multi-national enterprises have historically opted for a jurisdiction such as Ireland, Mauritius, or even the Virgin Islands to be head-quartered in light of favourable tax treatment. This jurisdiction choice, included a number of South African entities, thinking they were safe, before Commissioner Kieswetter began pushing the agenda of joint audits, to the point where they are now a reality, leaving nowhere to hide.

The luck of the Irish has run out

As evidenced in recent months, and in light of the on-going COVID-19 pandemic, our practice has Sars upping its collection power to eradicate any semblance of non-compliance, be it domestic, or offshore, and more so with historic non-compliance, where taxpayers have hoped the pandemic would be their saving grace, and an Airbnb, being some helpful “other income”.

How this has played out practically, is the revenue authority has risen to the occasion, with aggressive collection steps being implemented against historically non-compliant taxpayers, including salary garnishes, Sheriff callouts and even taking money directly from business and/or personal accounts.

This has now extended into the realm of International Tax Agreements, and frameworks, empowering Sars further, to reach beyond the shores of South Africa, and into international accommodation booking platforms, as an example to non-compliant South African taxpayers worldwide.

Now is not the time to take risks. Sars’ approach clearly shows we are dealing with a competent revenue authority. Why risk it when compliance is evidently the preferred way forward. Sars is willing and ready to assist all taxpayers with, as advised by Commissioner Edward Kieswetter, stating that Sars will do its best to “make it ease and seamless for taxpayers when they transact with the organisation”.

A level of solution-based thinking

For the South African taxpayers wishing to rectify historical non-compliance by means of a voluntary disclosure of information, as may be the case for South African Airbnb hosts, or ensure their current compliance record remains unblemished, there are various solutions available from a legal standpoint.

The most proactive way to affect this disclosure, is by means of a Voluntary Disclosure Programme (VDP) application. The VDP application allows you to legally declare any undeclared assets, but not be subject to the penalties which would generally stem from such a non-disclosure.

This is the first prize from a compliance perspective and should be considered as a priority for all taxpayers who have not yet received any formal correspondence from Sars, pin-pointing a specific liability owed.

There also remains the option of a Section 92, or alternatively Section 93, request, as per the TAA.

Should the revenue authority discover past non-disclosure prior to the VDP application being submitted, there is still one final Hail-Mary, by means of a Compromise of Tax Debt application (the Compromise).

The Compromise is aimed at aiding taxpayers, both individual and corporate, to reduce their tax liability by means of a Compromise Agreement (the Agreement), which is entered into with Sars, on the basis of affordability, and benefit to the fiscus.

The result of entering into the Agreement, is having your tax liability greatly reduced, to an amount which is affordable to the taxpayer, granting a much-needed reprieve and aiding the taxpayer on the road to recovery.

Once the agreement is duly executed, and payment is made as proposed by the taxpayer, and accepted by Sars’ Compromise Committee, the balance of the liability due to Sars is written-off by the revenue authority.

The best strategy to remedying non-compliance

In order to protect yourself from a wall of penalties and interest, even possible jail-time, it remains the best strategy that you always ensure compliance.

Where you find yourself on the wrong side of Sars, there is a first mover advantage in seeking the appropriate tax advisory, ensuring the necessary steps are taken to protect both yourself and your family, from paying for your crimes of non-compliance. However, where things do go wrong, Sars must be engaged legally, and we generally find them utmost agreeable where a correct tax strategy is followed.

As a rule of thumb, any and all correspondence received from Sars should be immediately addressed, by a qualified tax specialist or tax attorney, which will not only serve to safeguard the taxpayer against Sars implementing collection measures, but also being specialists in their own right, the taxpayer will be correctly advised on the most appropriate solution to ensure their Airbnb is in order.