How SARS will deal with South African’s Tax Revolt 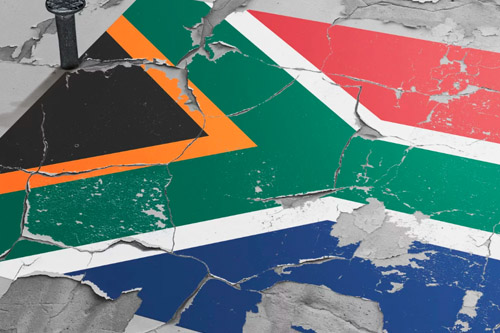 Speaking to the Sunday Times, Kieswetter said that the public wants to see more criminals brought to justice for dodging their taxes.

He added that rising levels of tax avoidance were a major problem for the revenue service, stating that one of the biggest reasons for this phenomenon was a lack of confidence in both SARS and the government.

“If you’re an ordinary taxpayer struggling to make ends meet, then you may begin to feel morally justified to fiddle with your taxes,” he said.

SARS is working on bringing major offenders to justice, with Kieswetter admitting that cracking down on big cases of tax avoidance is important for winning back public confidence.

Kieswetter added that SARS’ capacity to pursue this type of prosecution has been limited by a “mass exodus of experienced, technically competent staff such as auditors and investigators, and a massive decline in morale” at the revenue service.

In addition to a burgeoning tax revolt, Kieswetter added that another major concern for SARS was the eroding tax base of the country due to skilled professional emigrating from South Africa.

“The erosion of the tax base and a lack of confidence in our country should be a concern for all of us, because we all bear the brunt of that.”

Du Toit said a ‘tax revolt’ is any situation where taxpayers in an act of solidarity resolve to abstain from their civic duty of paying their taxes, similar to the effective and ongoing protest of e-toll payments by motorists.

“Under a tax revolt, one may broadly identify two types of taxpayers; those who simply do not and never have paid taxes, perhaps out of disdain for the very concept thereof and those who, from some misguided sense of virtue, feel justified in discontinuing their tax obligations,” he said.

“In the latter case, the taxpayer somehow legitimises their behaviour, often because they do not think they have to contribute to a leaky bucket, or they feel they have already contributed more than their fair share,” he said.

He added that some taxpayers may choose to withhold their tax simply because they have no fear of being prosecuted – a perception which SARS aims to change by prosecuting cases of gross nonpayment.

No matter how you cut it, these types of tax revolts are illegal and cannot be rationalised, du Toit said.

To make it easier for local taxpayers to file their returns correctly and on time, SARS recently launched a new e-filing system.

2019’s tax season has also been staggered to improve service to taxpayers and encourage conversion to online filing.

Upon announcing the launch of this new e-filing system, SARS said it would step up its prosecution of taxpayers and brokers who attempted to understate their clients’ income.

“We have also noticed Tax Preparers unethically promising taxpayers that they will secure a refund. They then look for opportunities to understate income or overstate expenses,” SARS said.

“This is a serious offence and could result in criminal charges as well as financial consequences for the taxpayer who remains accountable to SARS for their submission.”