Tax requirements for moving to Mauritius 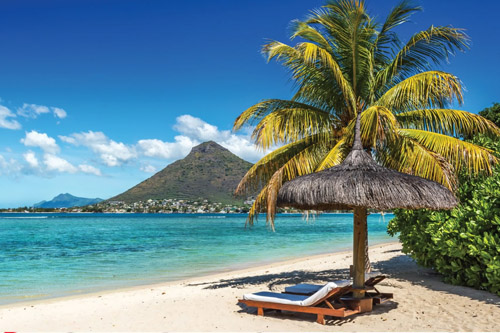 The number of South Africans leaving the country permanently has increased exponentially and many are opting for Mauritius.

For young entrepreneurs and company executives who are looking to emigrate and shift their assets to Mauritius, the most obvious choice is an “occupation permit as an investor”. This allows them to set up locally registered companies and run their business from Mauritius.

Under the occupation permit, the investment requirement can range from nothing to $100 000 (R1.47 million). As opposed to some countries, the immigration regime in Mauritius does not rely on a checklist system but determines the eligibility of an application on a case-by-case basis.

Occupation permits are valid for three years and are renewable upon the fulfilment of certain conditions.

Aditi Boolell, a head advisory at the Temple Group in Mauritius, says there is also an “increasing and urgent” demand from South Africans considering retirement and permanent residence in Mauritius.

People seeking long-term residency have to invest a minimum of $500 000. This can be done through the purchase of property under a scheme approved by the Economic Development Board, or through an investment into “qualifying activities”, also approved by the board.

For those sceptical of making a $500 000 investment without having experienced living in the country first, there is the option of coming in on an occupation permit or on a “residence permit as a retired non-citizen” (where the applicant is above 50 years of age). This allows the expat to discover living and/or working in Mauritius for a minimum of three years. Thereafter, at the time of renewing their permits, they may make an application for a permanent residence permit subject to satisfying the higher criteria accompanying this application.

If the aim is long-term residency in Mauritius, this should be planned for at the time of the first application itself to make sure that, upon renewal of the permit, there will be no obstacle for an application to permanent residency.

“The purchase of property will also allow an expat to apply for a residence permit, which will be valid for as long as that property is not sold to a third party,” Boolell says.

Investing in a qualifying activity makes the expat eligible to seek a permanent residence permit, which will span over a decade.

Once the decision has been made to relocate, it is important to follow the right procedures. People need to show that they have no intention of returning to South Africa.

The South African Revenue Service (Sars) will apply both the physical presence test and the ordinarily resident test to determine the tax status of individuals who are living and working abroad.

People who have obtained long-term residency in Mauritius will have peace of mind that they are well on their way to not being tax resident in South Africa, particularly where they have formalised their status with Sars and South African Reserve Bank by using the financial emigration process.

There is an exit charge in terms of capital gains tax, but immovable property in South Africa, pension funds, retirement annuities and preservation funds are excluded from the exit charge.