Income tax deadline looms: Here’s what you need to know 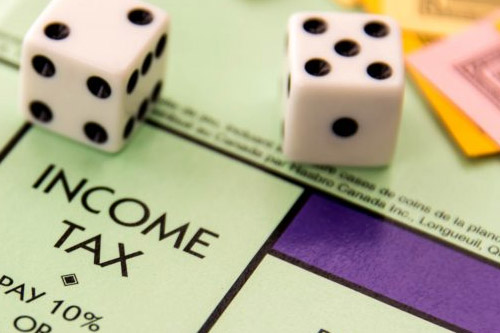 Before tax-filing season closes on December 4, individual taxpayers have a few hours left to file their personal income tax returns via eFiling or the MobiApp, the South African Revenue Service (Sars) said in a statement.

Sars says taxpayers should take note of the following as the deadline approaches:

* eFiling is available 24 hours, seven days a week. Taxpayers are encouraged to go online on their personal computers or laptops, or the MobiApp.

* eFiling can be accessed via www.sars.gov.za

* The MobiApp can be downloaded from the Google Play store for android (version 5.0 or higher) and the App Store for apple devices (version 10.0 or higher). It is a free app and includes a friendly chat bot called Lwazi that can help you with your submission.

* For an optimal eFiling experience, Sars says you should use one of the following browsers and higher: Chrome v41, Firefox v55, Edge v13, Safari v10 or Opera v55.

* Help-You-eFile is how Sars brings a branch tax consultant to taxpayers without them leaving their home or place of work. It is an online on eFiling that connects you to an agent, who will help you to complete your tax return. Help-You-eFile is available during business hours on 0800007277.

* Tax returns are assessed on the same day they are submitted.

* Sars has made it easy for taxpayers by prepopulating tax returns with information received from third party data. This leaves less fields for the taxpayer to complete, and requires that the taxpayer merely verifies the information contained on their tax return.

* From November 5, administrative penalties ranging from R200 to R15000 will be applied to filing tax returns late.

* Taxpayers are reminded to be alert for scams where refunds are promised, or where the taxpayer is informed of debt they owe Sars. Authenticate all suspicious communication seemingly from Sars through the Sars Contact Centre or at a branch. Fraud is often committed in the name of the taxpayer through fraudulent expenses. Taxpayers should be aware that when Sars identifies such fraud, the taxpayer will be liable for the full debt, as well as penalties.

Sars says that, as at midnight on November 27:

* 3514842 returns had been submitted across all submission channels (eFiling, MobiApp and at Sars branches).

* 65 percent of returns had been filed electronically, either on the MobiApp or eFiling.

* More than 500000 outstanding returns had been received from taxpayers since the tax-filing season opened on July 1.

Sars urged all taxpayers who fit the submission criteria to submit before the deadline, to avoid being liable for penalties and interest.

Facebook
Twitter
Pinterest
LinkedIn
PrevPreviousA theory of a tax revolt: Is South Africa on the brink?
NextTroubling new interpretation of tax credits and deductions on foreign incomeNext
On Key