It can be exhausting to do battle with Sars 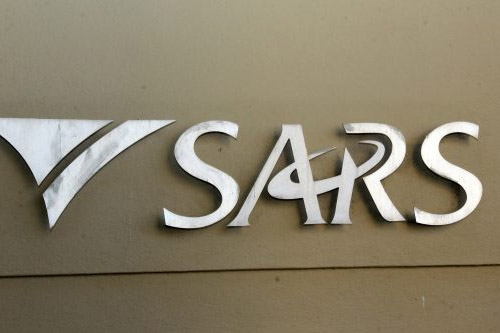 There is help, but taxpayers must play by the rules.

Taxpayers who want to do battle with the South African Revenue Service (Sars) must “exhaust” all its internal complaint mechanisms before they can approach any other body for help in their fight.

All too often taxpayers see the Office of the Tax Ombud (OTO) as their first port of call when wanting quick solutions to their issues with Sars, mainly in an effort to save time and money.

The rejection of a recent complaint by the Tax Ombud highlights the fact that the taxpayer should first exhaust all the Sars processes. In this case the taxpayer’s representative approached the Ombud’s office when Sars failed to issue a document requested by the taxpayer. The Tax Ombud found he did not exhaust all his options, and also rejected his appeal.

Daniel van Tonder, head of taxation at FinSolve Accounting and Taxation, says there is no “fixed tick-list” that shows when all the mechanisms have been exhausted.

“Exhausted is a relative term.” It is when taxpayers feel that the system has failed them, says Van Tonder. They cannot go back and they cannot go forward.

“Only when you find yourself between a rock and a hard place can you approach the Tax Ombud,” he said during a South African Institute of Taxation (Sait) webinar on escalating cases to the OTO.

Van Tonder says it is quite a daunting process to engage in a dispute or an objection process with Sars and most people would rather approach the Tax Ombud for a quick solution.

Sait tax technical consultant Yolisa Dyasi says it is important for taxpayers to understand that they can use the Office of the Tax Ombud to escalate cases where processes where not followed, or turnaround times were not adhered to.

“Taxpayers and tax practitioners need to familiarise themselves with the difference between the escalation processes and dispute resolution process. Mixing up the two processes can cost taxpayers time, and in some instances, money.”

She says recognised controlling bodies such as Sait could also assist practitioners to escalate matters, even where the Sars internal complaints mechanisms have not been exhausted.

This will be important when the taxpayer does approach the OTO. In the case where the OTO rejected the taxpayer’s complaint, his practitioner claimed that he had lodged a complaint with the Sars Complaints Management Office.

However, the OTO could find no evidence of such a complaint. “It is important to note that the OTO has access to the Sars complaints system and can independently verify information provided by the taxpayer and the revenue collector,” the Tax Ombud said in its case alert.

Play by the rules

Van Tonder advises taxpayers not to start on the back foot when they do have a valid objection. It is important to be mindful of the rules of the game, since the OTO will consider not only the conduct of Sars, but also of the taxpayer.

In many instances taxpayers feel Sars has all the power and that they can do little to protect their rights.

The most common reason why taxpayers complain about Sars is because of the disallowance of deductible expenses.

This include contributions to a medical aid or retirement annuity or expenses incurred for the purpose of trade and in the production of income. Another regular complaint is delays with the payment of legitimate refunds.

The OTO has previously found that delays with the payment of legitimate refunds were a systemic issue. In terms of the Tax Administration Act the Ombud may consider a complaint without the taxpayer having to exhaust all the Sars processes if there are “compelling circumstances”.

The act states that compelling circumstances exist if the request raises systemic issues, if exhausting the complaints resolution mechanisms will cause undue hardship to the taxpayer, or if exhausting the complaints resolution mechanisms is unlikely to produce a result within a period of time that the Tax Ombud considers reasonable.

Van Tonder says the Tax Ombud will consider each case on its own merits. If you tick all the boxes, or there are compelling circumstances to escalate your case, be clear about the reason for the complaint, show how you have engaged with Sars, and indicate what outcome you require from the OTO, he advises.

He also advises taxpayers to include the outcomes of prior cases or objections in the complaint to the Tax Ombud.

“Case numbers and timelines will make or break your case.”