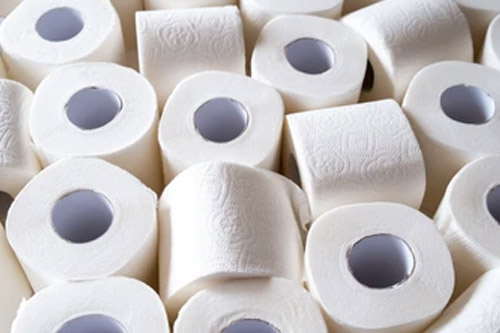 These two items may seem very odd bed fellows, but it is surprising that both Bitcoin and Toilet Paper makes the stupid who live among us react and think in the same way. Just so many people who fail to use their common sense.

In March 2020 the entire world went into a state of insanity. The Coronavirus spread worldwide, politicians, doomsday prophets all shouted isolation and lockdown. Some dear soles amongst us decided that toilet paper would be in short supply and went out to buy all on offer. Panic buying saw retailers in the UK to Australia placing restrictions on the amount any customer can buy at one time. None of these panic buyers, stopped to consider, that in a time of need we could always revert to more ancient techniques, or even simply jump into a hot soapy shower, after your morning ablutions. This will return your anal hygiene back to levels expected by healthcare professionals. It is very strange why we pick on a single item. Who was the person to set off the alarm? – NO MORE TOILET PAPER! Why did we not pick on
another commodity like salad dressing or tomato sauce? – I can’t answer that, but society decided that toilet paper was the item that was to be purchased and stockpiled.

Some psychologists believe that the soothing nature of “Retail Therapy” can ease the psychological burden placed on our minds by the worldwide pandemic. I think its more a case of people thinking they are going to be left behind, or shut out of the club, that gets the “panic” to set in. That idea that another person will gain an advantage that was within your grasp, and you did nothing to even the playing field, will drive a person crazy and to abandon plain common sense.

Bitcoin
I am a true believer of the idea of saving for retirement. Not only should one save but those savings should be invested into appropriate asset classes. These assets should be able to deliver a passive income whether in cash or in value creation, it does not matter, the asset should provide a growth over a period. Unfortunately providing for retirement is not always embraced by people when they are able to be commercially active. Even Zuma tried to make some adjustments to the retirement funding in 2016 which was met with some very stiff opposition. The reality is that South Africa needs more people to save for retirement when they are economically active so as to relieve the pressure on the state to provide for those people when they can no longer earn an income.

Most items into which we ply resources should have a value. Either they provide for a need, or they are an asset. Regrettably sometimes resources are just plainly wasted. Value items are items like your house and your car etc they give you shelter and mobility, and they can also stimulate your ego, but they do not provide an income.

People do also ignore common sense and listen to the marketing hype that stupid people tell us to believe. What is the value of Gold? – yes, I do realise that you can refer to an index and use the current Rand / $ exchange rate and tell me the price of Gold in Rands. But let’s think about the metal. You can’t eat it! You can’t put it in your cars tank to take you to work! It won’t keep you warm in a cold winter night! So what the hell can we use it for? You can throw it at an enemy and hopefully the bar will hurt them? Diamonds, except for some commercial applications, are largely in the same place.

So, putting the money in the bank and earning interest is probably considered one of the lowest forms of risk taken by investors. The banks will take your deposit and re-invest that same cash in riskier investments and earn a higher return thus making the bank a margin using your money. Sounds simple enough but the bank will guarantee your return and assume the full risk. When a bank, or any investor for that matter, considers an investment in any type of share or bond etc it will look at the fundamentals of that company, economy etc.

The investor will consider a basket of fundamental indicators to determine the health and future prospect of the enterprise. They will typically look at the growth in turnover, growth in net profit, projected cash flow, nature and types of assets controlled by the enterprise, market, technology, price earnings ratio etc. All these fundamentals will derive a value of the investment. Typical investment in shares will attract a periodic dividend, and the size of the dividend in relation to the investment will determine the value an investor will pay for the investment. Interpreting the extent of the expected dividend in relation to the fundamentals is subjective and hence the value can vary from investor to investor.

The crux is that an investor must consider the effect of the fundamentals on the projected return.

When investors have failed to correctly interpret the fundamentals, they inevitably make bad investment choices and do not either achieve the return required or they could lose part of their original capital. On the rare occasion Investors, invest into investments which have no fundamentals, and strangely enough they seem to make a handsome return for a finite period but ultimately these investments are doomed to fail.

Take a moment to remember the “dot com” saga of the early 1990s. Investors reasoned that had they invested in Microsoft when it was listed or in the first few years after listing – late 1980’s – when the average stock price was below half $1 per share. By the mid-1990’s the price was over $5 per share which could have netted a return of 10 times your money in the space of about 10 years. Then in 1993 Mosaic was released giving computer users access to the World Wide Web. Tech stocks were all the rage. Banks who had profited from the Initial Public Offering encouraged speculation in these investments. Prices rose quickly as investors bought into the idea of future profits and ignored traditional fundamentals, like turnover, profits, cash flow and price-earnings ratio etc. In many instances, companies had not commenced trading and some entities they had not even completed the writing of the software. Between 1995 and 2000 the Nasdaq index rose 400%. Individual personal savings poured into tech stocks and there were reports of people resigning from their employ to trade in the Tech Stock market. The May 19, 1999 edition of the Wall Street Journal Bernard Wysocki suggested investors rethink the old fundamental of profits.

After the Y2K scare proved to be a joke, Tech stocks lost some of their shine. By the end of March 2000 many investors were concerned that these entities, who were spending big time with little, or no cash INflow may soon simply run out of money. On 9 November 2000 Pets.com filed for bankruptcy and by that time most internet-related companies stock prices had been reduced by 75%. Dot bomb had arrived.

Cryptocurrency was invented in 2008 by an unknown person or persons using the name Satoshi Nakamoto. Ultimately this is a Peer-to-Peer Electronic Cash System used for the acquisition of physical goods and services provided the vendor agrees to accept Bitcoin in return for its supply. Then someone or something decided to give Bitcoin a value and the Bitcoins are traded in the open market.

Bitcoin itself has no fundamentals. There is no turnover, no net profit before tax, no expected cashflow. This asset class is even more useless than gold in that it is a figment of someone’s imagination, and you can’t even throw it at your enemy. Yet as of 27 December 2021, Bitcoin is trading at $50 852.60 per bitcoin.

Why is this imaginary asset type trading at this value? There are no fundamentals at all?

My conclusion is that investors, fearful of losing out, are scurrying around buying up the last of the toilet paper and any imaginary asset which has no Fundamentals.

The connection between toilet paper and Bitcoin, is that both items belong in the sewar.

When investors wake up and realise their foolishness the asset class will collapse and so many people will lose a fortune – Again! Who will they blame this time?