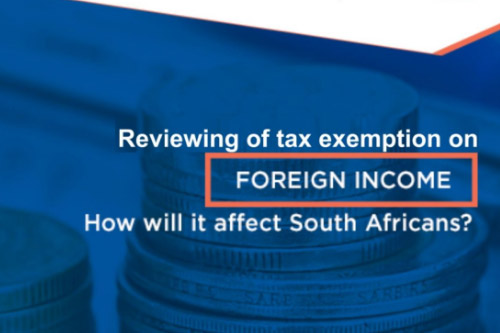 Recently the Mauritius Revenue Authority (“MRA”) announced by way of a Statement of Practice (“SOP”) that foreign trusts held in Mauritius will no longer be exempt from income taxes.

This has caused a stir in local finance and investment circles because South Africans holding Mauritian trusts will no longer be exempt from paying tax in either Mauritius or South Africa.

Why the sudden clamp-down on foreign trusts?

In February 2020 the Financial Action Task Force classified Mauritius under its “grey list” as being a country with strategic deficiencies. Following this in May 2020 the European Commission added Mauritius to a list of high-risk third countries (“the List”). The List identified countries presenting deficiencies in the way they addressed anti-money laundering and counter terrorist frameworks (AML-CFT Framework). In October 2020, this list officially became known as the EU blacklist.

In response, the Mauritian government has assured that they will be taking immediate steps towards removing themselves from the List by addressing the deficiencies in its AML-CFT Framework. This has resulted in the MRA working towards an improved view of their administration of policing the finance industries, particularly when it comes to the taxation of foreign investments.

While some advisors claim that there are technical errors contained in the SOP, it is more important to note what direction the MRA has taken. It is fair to say that Mauritius wants to get off the List by cleaning house – and foreign trusts are their first target.

Previously the settlor or beneficiaries of a trust which was/were South African resident could file a declaration of non-residency and be exempt from income tax in Mauritius. Following the amendment to The Finance (Miscellaneous Provisions) Act, the exemption will no longer be available except for trusts which were set up before 30 June 2021. For exempt trusts a grace period would apply up to the year of assessment 2024/2025. During this period these trusts will not be able to benefit however from the exemption in respect of new assets/activities.

Any income derived from Mauritian Trusts that are no longer exempt will further be disclosed to the South African Revenue Service (“SARS”), under the exchange of information agreement between the two countries. When establishing these trusts, taxpayers often use providers whose advice conveniently comes with colossal disclaimers that absolved them from any legal consequences. Now the chickens may come home to roost, as those who previously never disclosed their income from the Mauritian trust, have limited time to rectify this non-compliance before SARS comes knocking.

Recent media statements provide evidence that SARS do not make empty threats and are currently undergoing a massive drive to prosecute non-compliant taxpayers. The prudent approach in these circumstances is for one to disclose their income by submitting a Voluntary Disclosure Programme (“VDP”) application to SARS.  It is important to note that the VDP process, once complete, fully protects a taxpayer from future criminal prosecution by SARS in respect of the default/non-compliance disclosed.

South Africans with Mauritian trusts should see this as a time to carefully consider their affairs. If there is a possibility that you might be non-compliant, whether by non-disclosure or with regards to back-dated taxes, there is still a small window of opportunity to avoid prosecution from SARS.

A tax consultancy that can protect you with full legal professional privilege, and a keen understanding of international taxation, will be able to limit your exposure. It would be prudent to approach SARS under the VDP rather than await SARS’ questions and thereafter being served with a Summons to appear in Court.

As the Commissioner of SARS Edward Kieswetter has previously stated, “Our engagement will always be friendly initially, and if you persist then we will obviously use the other instruments in law that is available to us.”

Facebook
Twitter
Pinterest
LinkedIn
PrevPreviousTax treaty amendments aim to clamp down on tax evasion, Parly hears
NextMONEY CLINIC | Will my retirement payout be taxed, even if I was taxed while working?Next
On Key