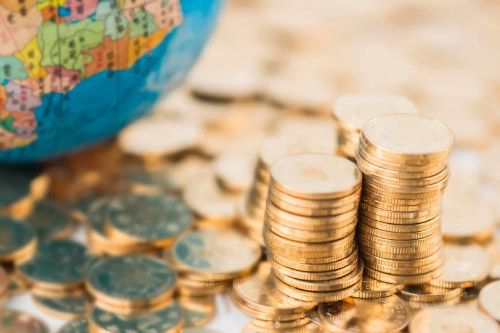 South Africa is looking to amend tax treaties with three countries in a bid to boost the exchange of information between tax authorities and clamp down on tax evasion.

National Treasury and the South African Revenue Services (SARS) on Wednesday held preliminary hearings with the Standing Committee on Finance about proposed amendments to tax treaties with Germany, Eswatini and Switzerland.

Secondly, they provide certainty on when and how tax is to be imposed in a country – though they do not impose taxes, like domestic tax legislation.

Thirdly, they help with tax collection between the tax authorities of two countries, as well as resolving tax disputes or interpretations by tax authorities.

In addition to the above, investment flows often increase when tax treaties are signed, Mputa said.

Notably, they help mitigate against tax evasion and avoidance, and allow for the exchange of information on tax matters.

The information exchange mechanism with UK tax authorities helped with tax collections from a South African taxpayer residing in the UK, Mputa said.

South Africa’s tax treaty with Germany first came into force in 1975, and the treaty eliminates double taxation between the two countries. But the amendments now seek to address Base Erosion and Profit Shifting (BEPS) – often employed by companies to lower their taxation by shifting profits from a higher tax jurisdiction to a lower tax jurisdiction.

The amendments also promote the exchange of information. “Thus, should South Africa obtain tax information relating to a resident of a third State who is liable for tax in Germany, it may make that information available to Germany and vice versa,” the presentation read.

A state is obliged to exchange information even in cases where the requested information is not needed by the state for domestic tax purposes. A state cannot decline to supply information solely because it has no domestic interest in such information.

South Africa’s treaty with Eswatini (previously Swaziland) came into force in 2005. The amendments account for Eswatini’s name and takes into account changes in international standards regarding the exchange of information. Namely – the amendment ensures bank secrecy or a lack of domestic tax interest is no longer relied upon to refuse a request for exchange of information.

South Africa’s first tax treaty with Switzerland came into force in 1968. Among the amendments listed account for the change in international standards for the exchange of information. It also addresses taxations of dividends, royalties and pensions.

These preliminary briefings or “informal discussions” with Parliament are held after negotiations on potential tax treaties with respective countries are complete. The next step is the signing of a treaty done by a minister, designated by the president.

After the treaty is signed, National Treasury holds briefing with SCoF and the select committee for ratification.

A tax treaty is only binding if it has been approved by resolution of both Parliament’s houses – National Assembly and the National Council of Provinces. The agreement comes to force when the other country informs that its legal and constitutional processes are complete. South Africa then, through diplomatic channels, must advise its counterpart that the legal and constitutional proceedings are complete. The tax treaty comes to force when the other country does the same.

The treaty will then be published in the Government Gazette, and will become part of the Income Tax Act.