What nasty changes can taxpayers expect in the budget? 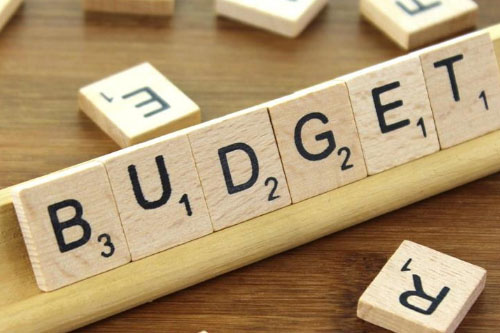 South Africans need clarity and certainty in terms of the energy sector when the finance minister delivers his 2018 budget speech next week Wednesday.

Questions plaguing many taxpayers are whether Eskom will need another bail-out, and what the true costs are of renewable energy and nuclear power.

“A lot of people are suggesting that nuclear is part of some sort of corrupt scheme. I do not know the answer to that one, but that is certainly the suggestion,” Wellsted says.

A crippled Eskom has recently received a bail-out in the form of a R5bn short-term loan from the Public Investment Corporation (PIC), which is the custodian of public servants’ pension money held in the Government Employees Pension Fund (GEPF).

Wellsted says there has not been a single, clear message from government on several policy matters.

“I think in a time of a big budget deficit, with an economy that is suffering from very slow growth, if any, we need to return to the fiscal discipline of the days of (former finance ministers) Trevor Manual and Pravin Gordhan. We cannot continue spending money that we do not have.”

Keith Engel, CEO of the South African Institute of Tax Professionals, believes the budget will be an “austerity budget” like we have not seen in many years.

“This austerity will come in the form of tax increases and budget cuts. The easy money is an increase in the value-added tax (VAT) rate and a lack of inflationary adjustments for personal income tax.”

“Whatever the outcome, it will not be pleasant. Hopefully these increases are the last for the foreseeable future and that the credit rating agencies respect us for the effort,” says Engel.

Wellsted says the medium-term budget policy statement in October was packed with warnings of tax increases this year.

“Commentators seem to favour an increase in the VAT rate since it will have the most meaningful impact on bridging the budget shortfall.”

Wellsted says it is possible to “soften” the impact on the poor by introducing a tiered VAT system with different rates for different goods and services ranging between 0% and 16%.

“It is a little more complex to administer, but addresses the issue of being iniquitous to the poor (because of the regressive nature of VAT),” he says.

Patricia Williams, tax partner at law firm Bowmans, expects the introduction of a luxury tax of about 20% on “unusually expensive cars”, saying: “It is the least poisonous of all the other options.”

Williams says she finds it quite surprising that there has been no public outcry about the scrapping of the VAT zero rating on fuel, which will instantly increase petrol and diesel by 14%.

She says it was “explicitly” announced in last year’s budget, although mitigating measures were suggested. The possible income from this source is about R18bn.

She says the realistic view, because of the major impact this could have on the economy, is that the intention to scrap the zero rating on fuel is announced again in this year’s budget.

Legislation can then be finalised and people can be offered the opportunity to raise their concerns. National Treasury may delay the implementation or reduce other taxes to mitigate the impact.

Nazrien Kader, managing partner of tax services at Deloitte, says it is conceivable that a special levy or surcharge (a wealth tax) may be applied to individuals with earnings above a set threshold.

“This is also likely to apply to companies based on turnover as a means to collect some tax from companies when profits are nonexistent in a slow or no-growth environment.”

Kader says the Davis Tax Commission has made several recommendations to restructure tax policy around trusts, estate duty and donations between spouses.

These taxes could increase tax revenue between R3bn and R5bn a year, Kader said at a recent media roundtable in Johannesburg.

Several studies have indicated that personal income tax rates beyond 50% become counterproductive. Some people start evading enough to result in the collection of less tax, despite the higher rates.

Wellsted says other issues likely to be addressed in the 2018 budget relate to the carbon tax, the introduction of the sugar tax in April and tax and exchange control regulations surrounding cryptocurrencies such as bitcoin.

This article first appeared on businesslive.co.za.