Tax hikes not the option for SA economy 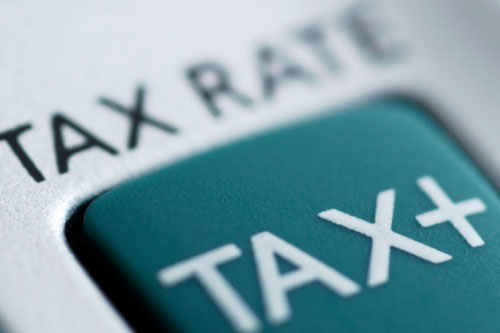 At a press briefing at Parliament ahead of the National Budget to be delivered on Wednesday, DA leader Mmusi Maimane and MP Alf Lees unpacked their proposals for Budget 2018.

Maimane highlighted constraints that the finance minister will have to deal with given low economic growth and a revenue shortfall projected at R50.8bn.

“The minister will have to find ways to grow the economy, or tax South Africans,” he said. However, Maimane said that tax hikes are not the way to go. “We do not believe it [tax hikes] will serve the interests of poor South Africans. It will not serve the economic status of South Africa.”

The DA identified a “six-pack” of challenges to be addressed in order to prevent tax hikes.

The DA called for the integrity of the budget process to be restored. “Decision making of budget priorities have been centralised under the Minister of Planning, Monitoring and Evaluation, Jeff Radebe,” said Lees.

The DA criticised the Presidential Fiscal Committee, which was announced at the mini budget. The committee serves in an advisory capacity, Fin24 previously reported.

Lees said control of the budget process should be restored to Treasury.

Maimane highlighted that economic growth projections of 1.6% were insufficient to address social ills.

Lees said that a boost in economic growth requires a change in economic policy. The finance minister should introduce a package of structural reforms to boost investor confidence and ultimately private sector investment, he said.

This would require withdrawing Mining Charter 2017 and privatising or partially privatising state-owned enterprises like SAA and Eskom, among other things.

Lees also noted the ballooning national debt. It is likely the minister will have to raise taxes to plug the holes. But Lees said expenditure cutting efforts could work instead.

These include reducing the size of Cabinet by five ministries, which could save R122m.

Additionally, the minister should implement a spending review to create sustainable savings. This involves reviewing the size of the executive, reducing the number of foreign missions and “scrapping” SA’s involvement in the New Development Bank. Another option would be to sell government’s shares in Telkom which could raise R7bn, said Lees.

These savings should be used to fund investment, infrastructure, skills development to support economic growth and plug the fiscal deficit to reduce the debt burden, he added.

Lees also called for efforts to address dysfunctional institutions like the South African Revenue Service (SARS) and to restore trust in the institution.

This would mean Commissioner Tom Moyane be fired and an acting commissioner appointed. Further, the recommendations of the Davis Tax Committee should be implemented and Ramaphosa’s Commission of inquiry into tax administration and governance should be scrapped, said Lees.

At the State of the Nation Address, Ramaphosa said the commission, requested by the finance minister, would ensure that the credibility of SARS is restored, as well as its capacity to meet revenue targets.

SARS has since committed to cooperating with the inquiry.

Speaking on Eskom, Lees said the power utility’s  debt which is backed up by government guarantees poses a systemic risk to the country. He proposed the minister provide a R20m bailout for the power utility to deal with its liquidity challenges.

He further called for assets such as power stations be privatised. The current government guarantee of R350bn should not be shifted and no additional guarantees should be given, he said.

However, on Tuesday Minister of Energy David Mahlobo told the portfolio committee on energy that he was committed to nuclear energy, said Maimane. “There is no pace or scale at which the country can afford the programme,” he said.

He wants the minister to announce the termination of the nuclear build programme, in favour of independent power producers.

Another big item to drop is National Health Insurance (NHI) as the fiscus cannot afford it, Maimane said.

He said that a new dawn, such as the one South Africa is experiencing comes with tough choices.

The DA is looking out for decisions in the budget that will demonstrate government’s commitment to fix national debt, and create jobs and one that favours the poor and jobless.