No change to policy intent on capping tax-free foreign income 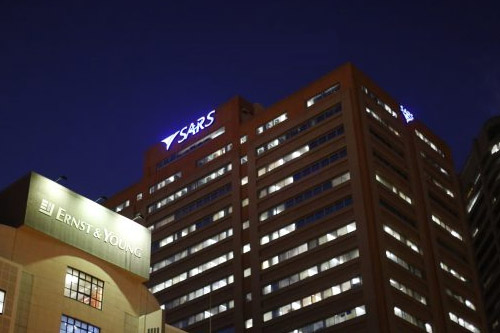 It is clear that the policy decision to cap tax-free foreign income from remuneration at R1 million is set to stay, but the administration of and practicalities around the amendment are still open for discussion.

National Treasury held a workshop with several tax practitioners and industry bodies earlier this month to address some of the remaining concerns raised in comments and discussions about the 2017 amendment.

Erika de Villiers, tax policy advisor to the South African Institute of Tax Professionals (Sait), says it is quite clear that Treasury is sticking to its policy intent with the amendment.

One of the concerns raised is that in many jurisdictions certain benefits are more of a necessity than a benefit, such as security.

Treasury does not want to be seen to be treating a fringe benefit such as security differently in another jurisdiction than security costs in SA, which is also a fringe benefit when provided by an employer, says De Villiers.

The Income Tax Act was amended in 2017, but the implementation of the tax-free cap on foreign income will become affective in March next year. Taxpayers and tax practitioners have been lobbying quite extensively for more generous relief to take account of circumstances in other jurisdictions.

One issue that seems to be a sticking point is the provision of residential accommodation by employers to people who are on secondment in other jurisdictions.

Sait’s mining work group made a submission at the end of last year, asking that consideration be given to place a nil value on the residential accommodation fringe benefit.

Andre de Klerk, chair of the mining work group, says in the submission that many of the mining groups headquartered in South Africa offer accommodation on mine premises.

This accommodation is basic at best, but because of the formula used to calculate it, the value of the fringe benefit is “disproportionally high”.

One of the variables in the formula is the remuneration of the employee. Many are highly qualified engineers who are paid handsomely.

“The real benefit experienced by the employee is normally much less, taking into consideration the nature and location of the accommodation and the fact that the employee is often stuck at the mine with very few options, if any.”

According to De Klerk the formula used to calculate the fringe benefit pushes up the total remuneration of South African expatriates. The result is that a large part of their remuneration is likely to be above the R1 million exemption threshold, which serves to disincentivise working at these mines.

However, it was highlighted during the workshop that there is an exemption in the fringe benefit legislation for inbound expatriate employees.

In terms of the exemption the employee is not taxed on the accommodation for two years from the time they arrive in South Africa and start working.

“There is already scope if you want [to] tax neutrally … outbound expats should then also get relief on the accommodation fringe benefit for at least two years to put them on par with inbound expats.”

It appears Treasury will consider this.

According to De Villiers there seems to be willingness to make some “consequential amendments” to the Act; changes related to employee tax (PAYE) that may allow for a foreign tax credit on a monthly basis.

If employee tax is withheld in the foreign jurisdiction, while in South Africa there is talk of “enabling legislation” to allow for the offsetting of the foreign tax credit against the local PAYE – that dovetails with the practical administration that the South African Revenue Service (Sars) will have to do, says De Villiers.

“I think it is incredibly important that Treasury gets a full understanding of the practical complexities of proving that tax was withheld in the foreign jurisdiction.”

Jean du Toit and Jonty Leon, both tax attorneys at Tax Consulting SA, say it looks like payroll personnel, South African expats and Sars officials are “in for many growing pains and an overall torrid time” when the amendment kicks in.

They said in a statement that one comfort is that Sars will set up a dedicated head office function to deal with matters pertaining to the amendment.

De Villiers added that there is a huge onus on tax practitioners who represent the tax-paying community to provide Sars with adequate information on the factual patterns they are aware of in foreign jurisdictions.

“Sars says it will provide guidance on what they will accept as proof of tax being paid or withheld in foreign jurisdictions. If we do not give them a comprehensive list of what we normally rely on, their list will not be comprehensive.”

The consequence is that if South African expats cannot offset their foreign tax credit against their South African tax liability they might end up paying tax on the same income twice.