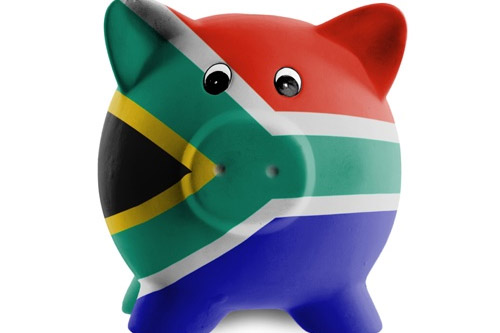 Johannesburg – Returns from personal income tax have moderated over the years, mainly due to the slowing economy, according to a report by the South African Revenue Service (SARS) and National Treasury.

The 10th annual edition of tax statistics was released on Tuesday, and provides an overview of tax revenue collections and tax information for 2013 to 2016.

Speaking at a briefing on the report, SARS research head Dr Randall Carolissen, said revenue for the 2016/17 year came to R1.144 trillion, having grown 6.9% from the previous year. Over the past 10 years, since the 2007/08 fiscal year, revenue growth has come to R8.13trn.

Personal income tax, which could be relied upon in the past to boost revenues, grew below past levels of 12%, recording growth of 9.4%. It remains the biggest contributor to revenue at 37.2%.

“Taxes have a strong correlation of what is happening in the economy,” explained Carolissen. When the tax rate increases for personal income tax were introduced, assumptions were made that markets would stay the same, he said.

“[But] markets did not stay the same.” There was higher unemployment, particularly job losses in managerial ranks which meant that the top bracket did not produce as much revenue as expected, he explained. “Tax collection was suppressed by a weak economy.”

There are 19.1 million registered taxpayers. This is because SARS requires all employers to register their employees, regardless of their tax liability. This allows SARS to keep track of dynamics within the labour market, he explained.

With the slower economy, fewer bonuses and increases to income were paid, which impacted overall personal income tax, especially within the financial services sector.

“We detected a moderation of bonuses in the financial services sector,” said Carolissen. But statistics show that the majority (45.5%) of Pay As You Earn (PAYE) tax is still received from the financial, intermediation and insurance sector, according to the report.

Net value-added tax collections were the second largest contributor to tax revenue over the past 10 years. According to the report, VAT accounted for 25.9% of total tax revenue, and net VAT collections comprised 6.4% of GDP for the period.

The broader economic environment also impacted VAT collections, according to the report.

Carolissen also spoke on compliance and noted a slippage. People are increasingly not submitting returns, while some are submitting but not paying returns.

“We must look very carefully at people cynically refusing to pay taxes because of a disappointment in government.

“We cannot allow a slippage in compliance. Once that takes root, it is very difficult to reverse.”