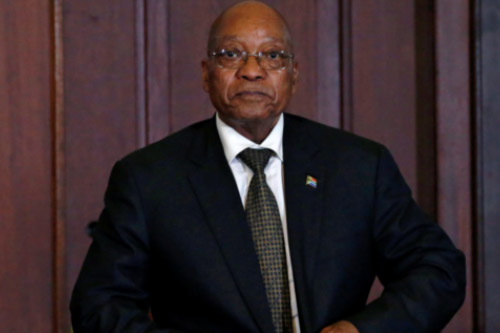 On Monday, President Jacob Zuma directed the Minister of Finance, Malusi Gigaba, to trim down expenses and increase revenue to find a solution to the R40 billion gap identified in the Medium-Term Budget Policy Statement and by ratings agency Standards & Poors ahead of its ratings cut on Friday.

According to a report by BusinessDay, Treasury has since confirmed that these amounts were over and above the R15 billion in tax measures and R31 billion in spending cuts for the 2018-19 fiscal year already included in former finance minister Pravin Gordhan’s budget in February. This means that government is looking to implement a total of R30 billion in tax hikes and more than R50 billion of spending cuts in 2018 – just to help cover the shortfall.

As part of the announcement, the Presidency also said that the presidential fiscal committee, led by Gigaba and the Treasury, must develop a phased implementation plan for fee-free higher education.

Citing senior officials, the Mail & Guardian reported that the president is looking at options to make massive cuts to existing budgets to find the money – including, but not limited to, cutting social grants payments; reducing the rollout of RDP houses; freezing government wages; and halving the military budget.

Other avenues to draw in more revenue also include hiking VAT, selling state assets or cutting down the number of departments.

Following the Medium Term Budget Policy Statement (MTBPS) delivered on 25 October 2017 a number of analysts noted that there is growing concern that South Africa has reached its limit in terms of the amount of tax revenues it can extract from taxpayers through further tax increases.

According to Kyle Mandy, Tax Policy leader at PwC  the evidence emanating from the MTBPS suggests that, in the current environment, South Africa has maximised the tax revenues that it can extract from its citizens and has possibly even gone past that point and is now on the downward slope of the curve.

“The last few years have seen significant tax increases directed at fiscal consolidation in a low growth environment and amid growing concerns of levels of corruption and government inefficiency,” he said.

“It is not unreasonable to expect that the tax-to-GDP ratio for 2017/18 may fall below 26% in the final outcome. The stalling of the ratio comes despite significant tax increases in each of 2016/17 and 2017/18 which were expected to deliver R18 billion and R28 billion of additional tax revenues, respectively.”