Has a VAT hike become inevitable? 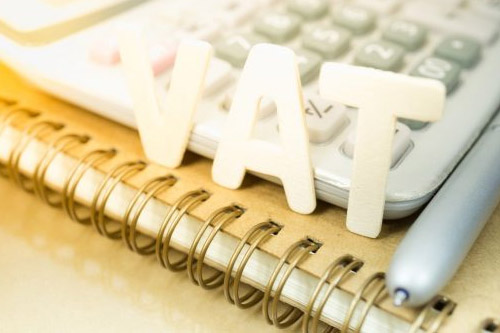 Ratings agencies have balked at finance minister Malusi Gigaba’s suggestion in the Medium-Term Budget Policy Statement (MTBPS) that government has reflected on the best strategy to ensure fiscal consolidation efforts were not “derailed”.

With the budget deficit projected to widen from 3.1% to 4.3% of GDP in the current fiscal year and tax revenue expected to fall R50.8 billion short of earlier estimates, the math didn’t quite add up.

Fitch was first off the mark: “The change in direction of policy-making, away from a focus on fiscal consolidation that we anticipated as a consequence of March’s cabinet reshuffle, is underway and occurring faster than we had expected.”

“The current MTBPS is the first fiscal policy document in the past several years that does not have the objective of fiscal consolidation,” Moody’s said, adding that the change in direction was “credit-negative”.

Analysts have warned that the MTBPS had increased the likelihood of further credit ratings downgrades. As the numbers deteriorate and political turmoil and policy uncertainty continue to weigh on confidence, it seems that observers increasingly live in hope that the election of a pro-business, anti-corruption leader at the ANC’s elective conference in December will put the country on firmer footing.

But while the MTBPS usually provides guidance on what taxpayers should expect in the main budget in February, the mini-budget only included a few fairly vague references about Treasury’s plans. Gigaba acknowledged that all the options were painful and warned that the impact of further expenditure cuts or tax hikes could be “counterproductive”. Accumulating further debt would be dangerous. Treasury is facing a massive fiscal dilemma.

Although it seems inevitable that tax increases would have to be part of the mix come February, the problem is that further tax hikes would not necessarily lead to higher tax revenues. The Laffer Curve – an economic theory depicting the relationship between tax rates and tax revenue – suggests that once taxes are raised beyond a certain level, revenue starts falling.

It is unclear whether South Africa has officially reached such a point, but increasingly vocal calls for a tax revolt suggest that taxpayers are fed up with a rising tax burden, whilst corruption and wastage continue. Gigaba noted slippage in compliance among some taxpayers, and warned that the South African Revenue Service (Sars) would apply its punitive enforcement powers to taxpayers who willfully avoided paying their taxes.

Mike Teuchert, national head of taxation at Mazars, says the possible tax increases hinted at during the MTBPS are likely to do very little to decrease the revenue shortfall and may ensure that less revenue is collected next year.

Treasury needs to take immediate steps to reduce the revenue gap, he says.

“The new tax increases will only be tabled after the 2018 Budget Speech, by which time it will already be too late to make a meaningful difference to the current shortfall.”

Teuchert says significant tax increases are inevitable, but warns that higher taxes may reduce the revenue Sars can collect.

“There is a simple theory in economics that when taxes pass a certain threshold, less revenue is generated. It can be argued that South Africa has already seen this happening over the last year. Direct international investment in infrastructure and industry has slowed significantly, coupled with the country’s corporate and dividend taxes having made us increasingly less competitive.”

With regard to taxes, there are a number of options Treasury may consider.

Ruaan van Eeden, managing director for tax and exchange control at the Geneva Management Group, says Gigaba alluded to the fact that Treasury would consult with the Davis Tax Committee (DTC) on the way forward. While the DTC is currently investigating the merits of a wealth tax, these taxes haven’t necessarily been highly successful internationally and some countries have abolished the tax.

Van Eeden says a possible wealth tax would not broaden the current tax base, but would increase the tax burden of wealthy individuals who often have the means to emigrate.

Another option is increasing the inclusion rate for capital gains tax from the current 40% for individuals to 50%. While Treasury could also raise taxes by providing only partial tax relief for salary increases, it is unlikely that personal income tax rates would be increased beyond 45% for top earners, he adds.

But wealth taxes and capital gains tax won’t be significant money-spinners for government and – despite the fact that it is politically unpalatable – Treasury would have to start considering a hike in the VAT rate, Van Eeden says.

Teuchert says Treasury dismissed the prospect of raising the VAT rate in February this year as it was a political hot potato, but a two-percentage point hike could have raised an estimated R40 billion in additional revenue.

While raising VAT has become inevitable, it is also more difficult, he adds.

“The national election is coming closer, and the political pressure on Treasury to keep VAT the same is even higher. We also believe that raising VAT in 2018 might be too little, too late.”

David Warneke, partner at BDO, says since VAT is an efficient way of tax collection and the local rate of 14% is relatively low by international standards, hiking VAT is a logical choice to raise additional revenue, but because it is politically regarded as regressive, such an outcome can’t be considered inevitable.

“I still think that the correct approach would be to look at the expenditure side of the budget rather than trying to increase taxes on an already stressed economy. I don’t think that taxes should be raised.”

Limiting wasteful and fruitless expenditure and losses to the fiscus due to poor management of state-owned enterprises should be the first resort, he says.

Moody’s seems to concur. It warned that unless government presented a “credible” fiscal consolidation plan in February, debt sustainability was at risk.

“However, with lower levels of revenue than formerly projected, the thrust of the adjustment would need to come from the expenditure side, which will be challenging to achieve amid rising spending pressures in the run up to the 2019 elections.”

Will politics trump economics once again?