Retirement strategies in the UK and Down Under: lessons for SA 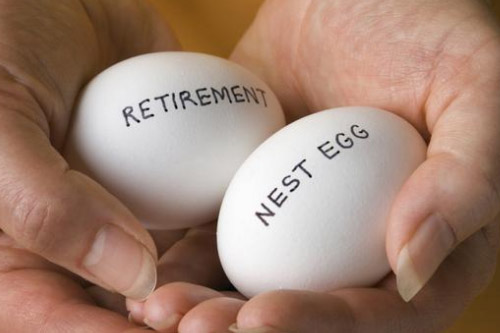 A few years after “pensions freedom reform” (the 2015 legislation that gave British retirees the flexibility to decide what to do with their pensions, thus doing away with compulsory annuitisation), the Financial Conduct Authority (FCA) decided to look into what people were doing with their money in retirement.

The idea behind pensions freedom reform was that individuals would have the freedom to choose an investment strategy.

The research found that, instead of using the new choices available to them, most people had been taking their entire pension amount as cash, even though they had to pay the tax on a high portion of it.

It has fast become apparent that annuities were losing popularity, and going forward a mix of drawdowns (including those from a living annuity) might be best, just to keep the flexible options open.

The message is that it is extremely challenging to come up with a single, effective default post-retirement solution.

The FCA proposed that companies should ask their employees what their desired retirement outcomes were, and find a default pathway (solution) that most closely matched that retirement choice. Naturally, when given a choice, people chose outcomes that were impractical: “As much income as possible at retirement, thank you. It should last forever and with no risk at all, please.”  This is simply not viable.

Similar to South Africa, default funds in the UK have historically made use of a life-staging strategy. Within 10 years of retirement, employees’ investments are gradually moved from riskier growth assets, such as equities, towards safer, interest-bearing assets. Historically, these designs had large allocations to fixed income, because people were being forced to buy annuities.

But a default fund with high allocations to fixed income or cash at retirement is potentially a lousy place to be when one needs to draw an inflation-linked income over an extended period.

The push to passive

Several years ago, the FCA introduced a charge cap for the default for pre-retirement savings: 0.75%, including administration fees. This was an attempt to ensure that people who did not engage actively with their investment decisions would not be subject to excessive charges.

The unintended consequence of this was a significant move to cheaper, passive investments. However, pushing everyone down a passive path could arguably result in sub-optimal retirement outcomes.

There is a disparity between Australia and the United Kingdom in terms of post-retirement trends.

The UK initially had compulsory annuitisation, but this was done away with in 2015.  On the other hand, in Australia the popular rhetoric was that, because Australians had only living annuities, they should introduce guaranteed annuitisation.

How could two countries so similar in terms of their mortality rates come up with solutions so completely opposite?

In truth, Australia never really embraced annuities, primarily because they didn’t make sense in light of Australia’s tax laws. This in stark contrast to the experience in South Africa and the UK.

Because people typically don’t use guaranteed annuities in Australia, they worry that they might live longer than expected. As a result, Australians are living a lot more frugally than they need to and are using their defined-contribution superannuation funds as a tax-efficient way to pass on their legacy to their children when they die.

Australia is planning default regulations to provide some income certainty. However, it’s likely they won’t go the full annuity route. Instead, the major funds will essentially self-insure.

The common consensus is that default design in Australia will probably be delayed to 2019, and people will in all likelihood place their money in a living annuity, with a portion going into a deferred longevity risk-sharing arrangement.

One of the issues about designing something with deferred longevity risk hedging built in is when do people have to make that choice? If it’s early on, at, say, 65, when they retire, people complain that they’ve locked that money away, and they would therefore rather defer that decision to, say, age 80.

The problem with deferring is that cognitive ability starts to fade well before the age of 80, and if you leave that decision to someone in their 80s, there is an implied risk that a “well-meaning” family member may attempt to assist in an unethical way under the guise of beneficence.

It is widely accepted that not preserving retirement savings when changing jobs is a major reason South Africans are underfunded at retirement.

Underfunding implies that you have insufficient capital at retirement to support your future withdrawals. How do we deal with this issue from an investment perspective?

1. You take as little capital risk as possible and invest all your money in bonds and eke out a living. The risk is that your capital won’t last throughout your retirement, but at least it will be safe.

2. You maximise your risk and put as much as possible (75%) into growth assets, such as equities, and the rest into something else and hope for the best. The risk here is that you could suffer irrecoverable capital losses if the markets fall in the early stages of your retirement.

3. You take a punt on multi-asset active management and hope to close the funding gap. The risk is that trying to time asset class switches can erode your nest egg.

4. You take an income from a guaranteed annuity. The risk is that your income will be below the level of consumption required by most people.

The challenge is trying to juggle two directly opposing objectives: trying to achieve a suitable level of income, while minimising the probability of bankruptcy before death.

What we’ve come to realise is that investment alone is never going to save the day. At best, it can help make up some of the shortfall. We have to recognise that saving is important.

What is my ideal for post-retirement defaults? Contributions have to be a big part of the picture, and we cannot escape the fact that we’re underfunded.

But the problem with compulsory saving is that low-income people cannot afford it. So the ideal would be to introduce “compulsory with opt-out”, like in the UK. This has been a popular option, and opt-outs have been surprisingly low. This could be particularly favourable for those at the lower end of the income scale who may not be able to afford to contribute at all stages of their life. You have to start, but at least you can choose to opt out.

Clearly, we all have to work longer and defer retirement, but the reality is that, while we can keep on extending the retirement age, we just never catch up, because we’re too far behind.

So the answer would be to maximise returns before retirement age – in other words, get people to take as much risk as possible when they are younger. This could involve allocating to non-traditional asset classes and perhaps even using leverage in pre-retirement years.

Ultimately, my passion lies in designing hybrids, because they help you to continue growing your assets when you haven’t saved enough. For example, the “with-profit” concept might also be a viable answer. We might even consider solidarity risk sharing, the concept of pooling and sharing losses.

Or should it be each for his own? Culturally, there is no obvious choice. And the ultimate question remains: can a default be designed in post-retirement? Or are there just too many variables?