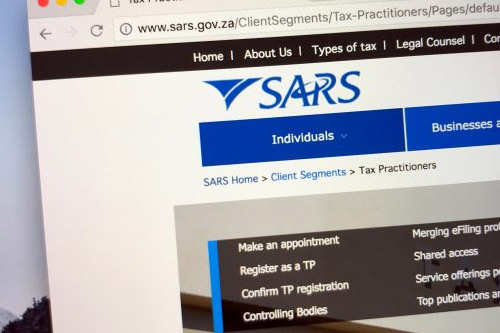 Having a tax debt with the South African Revenue Service (Sars) can hang like a cloud over your head, raining on all aspects of your life, and possibly livelihood for small business owners across the country.

A non-compliant status with Sars can intersect into various aspects of your life, and more so if Sars has proceeded to have a civil judgment taken against you or contacted your financial institution of choice to demand access to the funds in your bank account.

This may have a serious impact on your credit score, feasibility to apply for contracts or tenders, and even your plans to move abroad.

Hitting the sweet spot, or not

With so many South Africans either in the process of financial emigration (FE), or at the very least, seriously contemplating it, there are some pertinent factors which must be taken into account.

In light of the recent legislative changes as of March 1, 2021, specifically pertaining to the removal of the South African Reserve Bank’s (Sarb) application in the financial emigration process, South Africans may believe the time is ripe to make a life changing decision, however the sweet spot is not as easily accessible as the public is made to believe.

The amendments do not, in any shape or form, detract from how a non-compliant status with Sars will weigh heavily against any taxpayer considering FE. Sars has drastically ramped up its collection measures to ensure that no non-compliance goes unpunished, unless an agreement can be entered into with Sars, for the settlement of the outstanding tax liability, with a possible reduction being on the table.

A taxpayer who physically emigrates is still considered a South African resident for tax purposes, whose status will only change upon successful completion of the FE process. The ramifications of this are that the taxpayer will still be liable for tax in South Africa, which if the taxpayer fails to settle, will result in a non-compliant tax status, making the tax clearance certificate (TCC) impossible to obtain. Without a compliant status with Sars, the FE process is halted in its tracks, as this is a pivotal requirement to obtain an emigration tax clearance certificate.

It must be noted, that in recent developments, both pre- and post-Budget Speech, Sars has become far more aggressive in the pursuit of funds and assets held offshore, as well as those held within South Africa, which are either not declared or incorrectly declared, with full disclosure being strongly advised, in order to avoid criminal charges being laid against the taxpayer.

To correctly facilitate, and professionally manage the newly implemented processes, as well as add weight to its on-going collection drive, Sars has embarked on a recruitment expedition like never before.

Receiving approximately 88 000 applications in total, and with around 15 000 being internal applications, it would appear Sars’s hive is primed to launch into all new campaigns with unparalleled vigour.

While Sars’s on-going collection drive has had great success over the past year, it must be noted that there was still some semblance of a “grace period” within which taxpayers had the opportunity to get their tax affairs in order on their own. Just because you are yet to hear the metaphorical knock on your door, it does not mean you have escaped Sars’s radar.

Even with the noose being pulled tighter, there is a way to escape the sting of Sars, and ensure your tax compliance, securing the coveted TCC, or ETCC, upon ceasing your tax residency. That way is the settlement of your tax liability with Sars, but the question of affordability is one on the minds of South Africans everywhere.

A compromise of tax debt gives the financially constrained South African the relief they need, without placing in jeopardy their FE plans. To successfully compromise on a tax debt, a taxpayer needs to show current financial hardship, together with an estimation of their net worth. It must, however, be borne in mind that prior lavish spending or a lavish lifestyle in general would be honey in Sars’s jar, as on this basis Sars may proceed to request quite a drastic increase in the settlement amount.

The sweet taste of compliance

In order to protect yourself from Sars, it remains the best strategy that you always ensure compliance. Where you find yourself on the wrong side of Sars, there is a first-mover advantage in seeking the appropriate tax advisory, ensuring the necessary steps are taken to protect both yourself and your honeypot from the piercing sting of Sars. However, where things do go wrong, Sars must be engaged legally, and we generally find it agreeable when a correct tax strategy is followed.

As a rule of thumb, any and all correspondence received from Sars should be immediately addressed, by a qualified tax specialist or tax attorney, which will not only serve to safeguard the taxpayer against Sars implementing collection measures but also being specialists in their own right, the taxpayer will be correctly advised on the most appropriate solution to ensure their tax compliance.