The Difference Between Corrupt and Honest Government 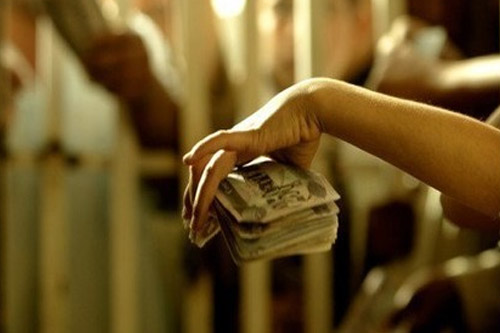 The difference between corrupt and honest government ought to be self-evident, but it is worthwhile mapping out the distinction lest we become inured to the devastating consequences of a government that has lost its moral and ethical compass.

I assume that everybody understands what constitutes a corrupt government, but at its most basic level it is where officials look after themselves and line their own pockets to the detriment of the citizens they are meant to serve. They, far too frequently, use the institution’s assets to facilitate their nefarious activities and use higher-placed officials for protection. In turn, these higher-placed officials protect  incompetent and corrupt officials as they are their support in the theatre of public opinion.

These corrupt relationships form a devious and deleterious circle of economic life, where one party supports the other while they are both enriched and safeguarded against those forces that are not corrupt. What is the financial impact of this symbiotic relationship to the greater economy, bearing in mind that the economic benefits must largely flow between the parties?

Allow me to illustrate. Let us take the local municipality which is corrupt to its very core. To keep things simple let’s name the key players; the Mayor, an utterly corrupt individual who goes by the name of Ace Magashule, and the shady businessman who is lining his own pockets, Rajesh Gupta.

Our Mayor, the erstwhile Ace Magashule, sees that there is a contract up for grabs to cut the grass in the city’s green spaces. This is a perfect opportunity to engage with his old buddy Rajesh. A deal is quickly struck so that the contract is given to Rajesh, whereby a huge amount of money will be paid to him and in return he obviously will not be required to cut any grass, and there will be the customary 30% paid to Ace for his generosity. There is a good chance that a few other “deserving” officials will share perhaps 20% for their efforts in looking the other way. Is this not a wonderful deal? Ace gets 30%, Rajesh makes 50% for no cost or effort, and the others get the scraps which are to be shared between them in one form or another.

What is the economic consequence of this tidy arrangement? The most honorable Mayor buys a house in a fancy neighborhood. Rajesh shows off his new Italian sports car to his beautiful wife, Thirshnee. The others probably use their spoils to pay for fancy dinners, more smart phones, and other Chinese trinkets.

The Mayor stimulates the estate agent industry with say around 3% commission. Rajesh is totally comfortable that around 90% of the purchase price will land up in Italy and the “other” lowly officials will gladly stimulate the local economy with around half of their 20%. It would be fair to say that around 30% of the total transaction value actually goes into the local economy to create jobs, pay taxes, and provide overall stimulus to the economy.

Let us now consider an honest city. It has a conscientious Mayor and a businessman who is willing to deliver a service. Let us call the Mayor FW De Klerk and the honest businessman PW Botha. Mr De Klerk does not get involved but allows the normal tender process to follow its own momentum. Mr Botha puts in his tender to cut the grass and, as he gives the best offering in terms of service delivery, price and BBBEE evaluation, he wins the tender against all his competitors.

Mr Botha is required to employ 24 employees, three pickup trucks and 20 machines of varying nature in order to deliver on his grass cutting contractual obligations.

What is the economic impact of this transaction? The Mayor derives no personal value from this transaction. The “others” are also not in the play. 100% of the contract price has gone to Mr Botha, and we need to analyse how he will spend his 100%? It is usual to expect that up to 40% of the contract price is spent on salaries and, with a contract of this nature, 30% would be spent on direct costs like fuel, repairs and consumables. Overheads, including bank charges, accounting fees, telecommunications and interest on loans to acquire the pickup trucks and other mechanical requirements would consume a further 20%. An honest contractor would be grateful to earn a net profit of 10% on a contract of this nature.

To conclude, we have 40% of the contract going directly to staff, from whom we can expect that 80% would be spent on food and shelter and other necessities that stimulate the local economy. Direct costs will have a substantial import component in that fossil fuels and many spare parts are probably all imported, thus it would be fair to estimate that 60% of this economic value would go to stimulate a foreign economy. It is reasonable to believe that at least 90% of the bank charges, accounting fees and promotional entertainment would be sourced locally. The real wild card would be PW’s profits? Where do we expect that money to be spent? I suppose it’s 50/50 that the money would be used to bolster the entity’s reserves or be squandered on reckless indulgences, which could have a local or imported origin.

Basic math would suggest that at least 65% of the total economic value of the contract would be spent locally. In addition, two dozen people would be employed, empowering them to pay school fees and other basic essentials. That’s not to mention the car dealership, short-term insurance consultants and lawn mower mechanics, whose dealers are all in demand and will be pressed to employ more staff. Is it reasonable to believe that an additional 10% of jobs would be opened up?

The end result is that we find that around 66% of the economic value is retained locally and a minimum of 25 additional jobs are created, which is of significant socio-economic benefit in a country where it is estimated that every employed person supports 6 to 7 dependents. For a healthy state it is critical that all economic value generated by any local government goes towards service delivery and boosting the broader economy so as to, inter alia, alleviate unemployment and poverty.

Now go and apply this this scenario over 248 Municipalities and Central Government and it is quite understandable that the South African economy has ground to a halt.

It is a simple formula to understand why ex-president Jacob Zuma’s admiration of corruption and nepotism can lead to nowhere but economic deprivation and hardship. It has had the direct consequence of poverty and unemployment for the most vulnerable in our society.

Any person who has bribed an official or supported nepotism in one way or another has contributed to the situation in which we currently find ourselves.