The Macro Effect of a Corrupt Government 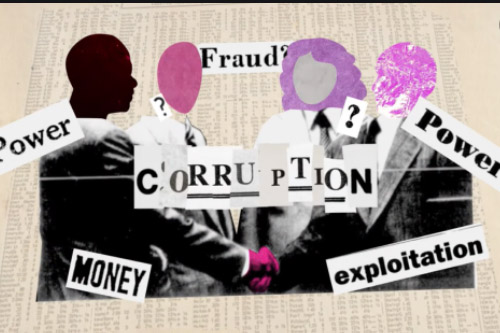 The awful but unavoidable reality is that a corrupt Government allows for a corrupt economy to flourish. In turn, a corrupt economy forms the foundation for complete political, social and economic chaos in the country. This phenomenon is clearly evident in countries like Venezuela, Zimbabwe and Haiti.

History has shown that countries can pull themselves out of this pit of misery, but it takes political will and dogged determination to reverse the economic slide. Often those in power are reluctant to want to change, as their personal economic fortunes, as well as those of the next generation of corrupt children, are mostly well secured. Evidence of this remarkable recovery can be found in countries like Argentina, Portugal and Spain, who despite seeing out of control inflation, institutionalized corruption and political nepotism managed to navigate their way clear and to some measure managed to reinstitute the rule of law and economic recovery.

That all sounds very theoretical, but how does it work on the ground? So, allow me to give the following illustration. It starts with corrupt politicians ascending to a position of power and immediately setting about actively conniving to ensure their political longevity. Straightaway they surround themselves with incompetent and, preferably, corrupt officials who know that it’s in their best interest to support the politician in charge, as they provide the protection for their nefarious activities. They, in turn, look to appointing incompetent and corrupt individuals who subsequently provide them with the support and protection from the law enforcement agencies that should under normal circumstances protect the citizenry at large.

The trends in these failed economies show that the corrupt politicians’ modus operandi is to infiltrate and weaken the law enforcement institutions, allowing them to descend into chaos and inefficiency. With the policing agency and the prosecuting authority’s teeth being blunted it is now much easier to carry on with their corrupt activities, knowing that it is highly unlikely that they will be held accountable for their crimes.

This is so very clearly what has happened in South Africa. You have Jacob Zuma who almost immediately after ascending to power replaced both the Chief of Police and National Director of Public Prosecutions, thus giving him and his cohorts a free hand to conduct whatever maleficence they please. Your protection from the law and overall accountability was directly related to how closely you were connected to Zuma and whether you had adequately greased the right palms whilst conducting your corrupt activities.

But I digress. Why does a corrupt economy descend into chaos? A private company sees an opportunity to manufacture and sell a product that is required by the market. In a non-corrupt economy, the private entity approaches the local authorities and obtains the necessary permissions to set up a factory. Pursuant to the statutory red tape the entity calls for suppliers to submit tenders to build and fit the required factory building with all the machinery necessary to manufacture the pertinent product. Once the set-up phase is complete, people from the local community are sourced to work in the factory. Local suppliers anxiously want to provide goods and services vital in the manufacture of the required products. The consequence of this transaction is that several people are employed, local suppliers are economically stimulated and provide extra employment to the local community. VAT and payroll tax is paid and collected by the relevant tax authorities, which in turn uses same taxes to provide services to the local community. The cycle is complete, and a healthy economic environment is created and sustained.

The complete opposite is true in a corrupt economic environment. The private entity would know that to secure the rights to build the factory the right government officials would need their palms lined with an “incentive.” Then the set-up phase would be marred by having to choose the “correct” suppliers who are approved by the local hoodlums who are conveniently on the payroll. Now that production can commence the local heavies would need their slice of the protection money that requires payment in order to ensure an orderly and content work force who respect the private entity’s assets and right to conduct business. The policing agencies are unable / unwilling to help as they no doubt are part of the protection racket.

The price of everything has skyrocketed, making the project simply nonviable, so the private entity does not embark on the project. The tax / payroll taxes are never paid, and the local community loses the jobs that could have been on offer. Now go multiply the one factory by a hundred manufacturing concerns, a dozen mines and countless small and medium enterprises and you land up with a lackluster economy, high levels of unemployment and punishing debt.

Unemployed people are restless and this makes for bad politics. Subsequently, the politicians are forced inflate the government and state-owned enterprises’ workforce to stimulate “employment.” But as the taxes remain uncharged / unpaid the government has fewer resources with which to pay this mammoth salary bill. Government exercises its only option, namely to borrow from anyone who is eventually prepared to provide government with finance. But that too in time runs out and the government debt is downgraded to the extent to which no lender is prepared to take the risk.

These classic telltale signs were clear in the Zuma Administration.

B. Overinflated workforce – SAA with 16 000 employees and Eskom with 90 000 employees at the end of Zuma’s reign. I remember reading reports by certain economists in late 2017, who estimated the Government Payroll overinflated by at least 500 000 people.

C. Companies not investing – In September of 2018 there were reports of Pravin Gordhan meeting with business leaders of the major corporations requesting that they reinvest a portion of the R1.5 Trillion that they have shored up in corporate bank accounts. According to the reports the business leaders refused to significantly invest in the South African economy until government had “cleaned its house” so to say.

D. Government borrows – It is a well-known fact that government debt will exceed 80 % of GDP in the coming year. (In recent news Moody’s had announced a downgrade of South African sovereign debt.) This is partly due to uncontrolled borrowing and partly due to a lackluster economy, which has failed to show significant growth in the Zuma years.

So, do not ask, “Why are we in this the mess?” It is simple when the leadership of the country is fundamentally corrupt and inept the logical consequence is economic turmoil and poverty. When corruption is institutionalized and considered by those in elected office as to be “business as usual” there is no way the economy will survive. It is uncanny how quickly the economy reacts negatively and the speed with which poverty and misery follow. Conversely it can take years, even decades, to rebuild an economy that is broken.