What’s next for tax-free savings accounts? 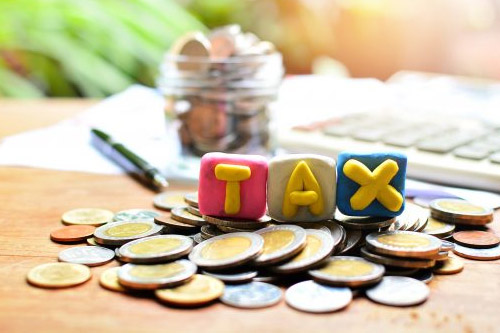 The accounts provide a tax-free wrapper that investors can use for investments in various asset classes by opening accounts with banks, asset managers, life insurers and stockbrokers. Currently, individuals can invest up to R33 000 per annum in one or more TFSAs (collectively) up to a maximum of R500 000 over their lifetime. The investment returns are completely tax-free.

When TFSAs were introduced on March 1, 2015, Treasury stopped adjusting the annual interest exemption (R23 800 for people younger than 65; R34 500 for those 65 and older) in line with inflation every year. In this way, the incentive would be revenue neutral. The tax revenue the fiscus would ‘lose’ by offering TFSAs would be ‘gained’ by not increasing the interest exemption.

The intention was that the annual limits should be increased on a regular basis for the impact of inflation, but that the lifetime limit would remain static – at least in the short term. On March 1, 2017, Treasury increased the annual limit from R30 000 to R33 000. The question is whether it will do so again this year, or whether fiscal constraints make it unlikely? Unfortunately, significant pressure on state finances means that government increasingly prioritises funds for immediate concerns (such as Eskom) and that money for savings incentives may need to wait in line.

Denver Keswell, senior legal advisor at Nedgroup Investments, says as much as they would like to see an increase in the contribution limits, there has not been any indication that it will happen this year.

Keswell says the hope is that South Africa will follow a similar trajectory to the trend of the UK equivalent, the individual savings account (ISA). About five years ago, the annual cap for ISAs was just below £12 000, but it was increased to £20 000 two years ago.

“While much of the focus to date has been on the annual contribution limits, what we would really like to see is an increase in the lifetime limit.”

By not increasing the lifetime limit, there is an unintended consequence of a barrier to entry for any investor who intends to withdraw and replace their funds in the short to medium term, because once an investor withdraws funds from the account, they are unable to replace them. This means that if they do then ‘replace’ the funds they withdrew, they will be reducing their remaining allowance within the R500 000 lifetime limit, he adds.

“Obviously, this can have a real impact on an investor’s financial outcome in the tax-free investment.”

Pieter Hugo, MD of Prudential Unit Trusts, says the only change they would like to see is an increase in the annual allowance, which has only been increased once since the introduction and hasn’t kept up with inflation.

“We’re in an economy with an extremely low savings rate, and if the intention of government is to encourage (regular) savings, then you would expect government to increase this every year by a minimum of the official inflation rate to maintain the incentive.”

While it isn’t critical at this stage, they would also expect the lifetime limit to increase in line with inflation.

“What we wouldn’t want to see is a situation similar to the old R1 750 per annum retirement annuity contribution limit, which wasn’t increased for decades.”

Since March 1, 2018, investors in TFSAs may transfer accounts directly between product providers for the first time without affecting their annual or lifetime contribution limits.