How “by the time you’re 35” reminded us that some saving goals are such a con, especially for SA millennials 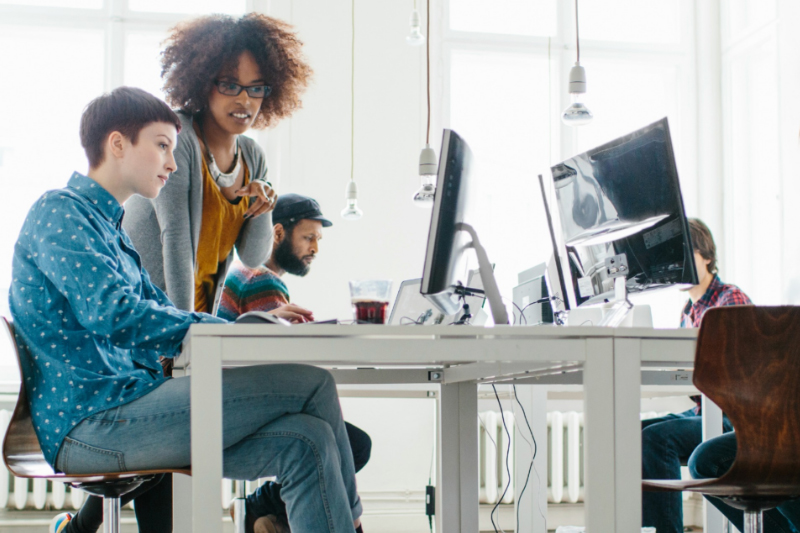 According to some retirement experts, you should have double your salary saved by the time you’re 35.

Millennials can just not catch a break. We’ve been accused of everything from ruining the economy, to not buying diamonds (I mean how dare we not have enough money to buy a gold carat ring?).

We buy avo toast instead of buying houses and now we hear that, by the time we’re 35 years old we should have at least have twice the amount of our annual salary saved up for retirement.

According to Buzzfeed.com, financial website Marketwatch recently tweeted an article with the caption that stated that, according to retirement experts, you should have double your salary saved by the grand old age of 35.

Needless to say that Twitter was NOT IMPRESSED and retorted in the best way they knew how. By hitting back with sassy comebacks (which while hilarious, also painfully demonstrate the reality that many young people still face financial issues which aren’t always a result of bad spending habits, like so many like to assume).

Thus a new meme was born and quickly took a divergent and satirical path. But it’s clear that this issue is not as clear cut or as easy to achieve as many would have us believe.

We spoke to Carla Oberholzer, debt adviser & public relations officer for DebtSafe.co.za, and asked her about the challenges that South African millennials face:

What are the biggest socioeconomic factors that contribute to young people not being able to put some money aside?
We have to be quite honest with ourselves – saving is not easy for our young adults these days:

The youth should not compare their current life to what their parents have/had back then. Times have indeed changed. Back then when we were kids a four bedroom, big yard etc. was the way to go perhaps, and now – a two bedroom flat is what we can afford.

Is it fair to have a deadline set as to when to achieve financial stability while still finding your feet?

There seems to be this pervasive idea among the very rich that those less fortunate are poor because they are bad with money.

Apparently these people’s riches have nothing to do with inherited wealth, good education, exclusive opportunities, investments offered to them because of their starting financial positions, great salaries, booming economies and sheer blind luck.

Are millennials spoilt?
People have always complained about “the youth of today” and how easy they have it. My grandfather used to tell us long stories about how he used to have to get up at five o’clock in the morning in winter to catch the train to school which was about a hundred miles away and how since they were too poor to buy shoes he had to run from cow pat to cow pat to warm his feet in the fresh dung.

But apparently his father used to tell him how lucky he had it and so did his father before him and his before him.

And they probably had a point. Towards the end of the 20th century it looked like more people had access to education, food basics, running water and electricity than ever before. And technological advances soon meant that we now live in a world where almost everyone has a cellphone – a device we carry around in our pockets that has more computing power than the computers that sent Neil Armstrong and his buddies to the moon.

So are millennials getting a bad rap? I mean, it feels as if all the generations hate them, or should I say us? (I am very much on the cusp.) Hell, even millennials hate other millennials.

The thing is though, more and more evidence would suggest that the baby boomers, and even the Gen Xers had it better than millennials. Cheat Sheet did a story about a study that compared cost analysis over four generations and the data is clear: millennials have to deal with a growth in cost that was unheard of in previous generations.

Entry salaries, and even salaries for those with experience can just not keep up with the ever rising costs of tuition, housing and food.

According to The Guardian there are now more people in their 20s living at home than in the 50s and home ownership among young people is at an all-time low.

Avo toast is not gonna pay off any mortgage, fam

So while young people across the world are earning less than their parents did – The Daily Mail reports that millennials earn 20% less than baby boomers did at the same stage of life – and property prices are skyrocketing year on year, it’s really annoying when a property tycoon reckons we could all buy houses if we just lay off eating avo toast.

Yep, an Australian millionaire and property tycoon reckoned that if the younger generation (he is 35) just stopped eating avo toast and buying expensive coffee they would be able to buy their own houses.

So we did the math. A smashed avocado on toast and 4 cappuccinos from Vida e Caffe works out at R137. So if I saved instead of spent R150 (because I’m allowing for a tip) five days a week (because I’m an entitled millennial that buys breakfast every day of the week) FOR A YEAR – remember, this includes four fancy cappuccinos every work day – I would have saved R39 000.

That’s a lot of money right?

Only, try as I might, I can’t find a house on Property24 in Cape Town’s City Bowl for under R2.9 million.

So if you take into account the registration costs (on R1 million it’s about R17 000, so let’s be conservative and say it’ll be R40 000 on nearly R3 million) that’s my money gone already. Oops.

And what about the bond costs that consists of attorney costs to register the bond in your name? Those are about the same as the registration costs, so I am looking at minus R41 000 now. So there goes another year’s worth of saving 5 avo toasts and 20 cups of coffee per week.

But wait, I haven’t paid the once-off bond registration fee to the bank which is going to grant me a bond. This will be calculated by the bank, but I’m pretty sure that will be at least another 6 months of avo toast and coffee deprivation.

BECAUSE I HAVEN’T PAID A CENT OF THE R290 000 DEPOSIT REQUIRED BY THE BANK IN ORDER TO GET A LOAN IN THE FIRST PLACE.

That’s going to take me another 7.4 years to save in daily luxury breakfasts and enough coffees to give me an ulcer.

This all adds up to about 10 years of never buying coffee or breakfast. Doable right?

Only thing is, in ten years, what are the chances of a house in the CBD still costing R2.9 million?

So sozzles Mr Property Tycoon. Because it looks like cutting back on the odd avo toastie and cappuccino is not really going to make a difference in my home buying dreams.

And at least avocado is good for the skin.