Does an early retirement distribution qualify for the medical expense exemption? 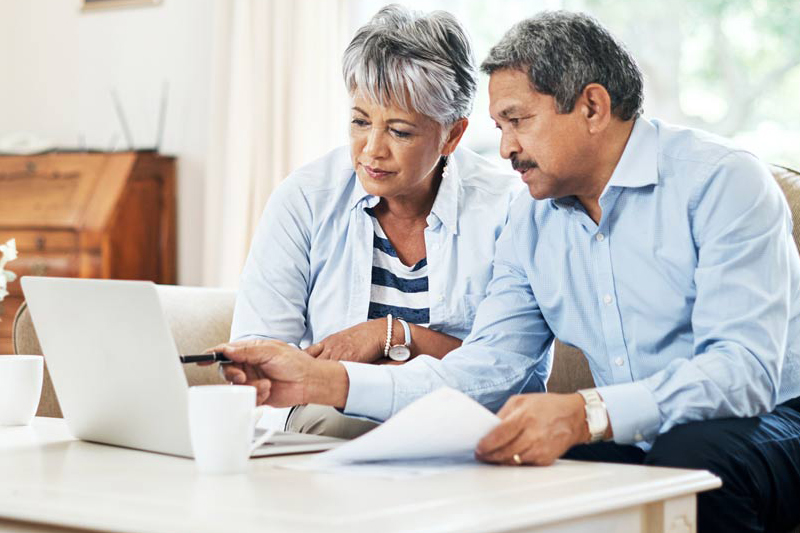 Many taxpayers assume that withdrawals from retirement accounts to pay for medical expenses qualify automatically as hardship exemptions from any additional 10% tax for early withdrawals, but this is not the case. This article examines three recent Tax Court cases where the petitioners attempted to use medical hardship to avoid the Code’s rules on early withdrawals. (Qualified retirement plans include IRAs. See Secs. 72(t)(1), 4973(c).)

Two of the three cases discussed in this article were small Tax Court cases heard under Sec. 7463 and therefore may not be used as precedent; however, this does not mean that these rulings are necessarily not good law. Even though a small Tax Court case cannot be cited as precedent, it may be used to determine the Tax Court’s interpretation of the statute similar to the way IRS private letter rulings, which also “may not be used or cited as a precedent,” under Sec. 6110(k)(3), can be used to “reveal the interpretation put upon the statute by the agency charged with the responsibility of administering the revenue laws” (Hanover Bank, 369 U.S. 672, 686 (1962)).

In addition, a taxpayer can avoid the 10% additional tax by rolling over the distribution to another eligible retirement plan within 60 days (Sec. 402(c)), because the additional tax is only applied to distributions that are included in the taxpayer’s gross income.

No evidence disability existed when distribution was made

In Trainito, T.C. Summ.2015-37, a small Tax Court case, the taxpayer suffered complications from diabetes and had difficulty performing basic tasks such as tying his shoes. He claimed a permanent disability on his Form 5329, Additional Taxes on Qualified Plans (Including IRAS) and Other Tax-Favored Accounts, when he reported his early distribution, claiming he was exempt from the additional tax on early distributions because he was disabled within the meaning of Sec. 72(m)(7), which defines disabled as “unable to engage in any substantial gainful activity by reason of any medically determinable physical or mental impairment which can be expected to result in death or to be of long-continued and indefinite duration” (Trainito, slip op. at 5, citing Sec. 72(t)(2)(A)(iii)). The phrase “substantial gainful activity” means the activity customarily engaged in by the taxpayer before the onset of the disability (Trainito, slip op. at 6, citing Regs. Sec. 1.72-17A(f)(1)).

The court, however, denied the exemption because the taxpayer did not submit supporting evidence that he suffered from a disability at the date of the early distribution or before, even though he later suffered a diabetic coma for which he was hospitalized. The taxpayer also claimed he suffered from depression, but again he did not provide any proof of this claim. The court wrote:

A taxpayer may not escape the 10% early withdrawal penalty by suffering a disability at just any point during the tax year; rather the disability must be present at the time the distribution is made.

Of potential import, even though the court noted that the petitioner ceased taking his diabetes medication eight months before he went into a coma, the court did not count that against him.

Lesson learned: A taxpayer must provide proper evidence that, at the date of an early distribution, he was suffering from a disability that prevented his customary gainful activity.

Ireland, T.C. Summ. 2015-60, deals with an early withdrawal from an IRA. This opinion from the Tax Court, also a small tax case, clearly states that Sec. 408(d), which provides several exceptions (e.g., for rollover contributions, transfers incident to divorce, and distributions for charitable purposes) to the general rule that distributions from a traditional IRA are taxable income, contains no exception for medical expenses.

In terms of the Sec. 72(t) 10% additional tax, Sec. 72(t)(2)(B) provides an exception to the additional tax to the extent that distributions “do not exceed the amount allowable as a deduction under section 213 … for medical care (determined without regard to whether the employee itemizes deductions for such taxable year).” Sec. 213 in turn allows as a deduction “the expenses paid during the taxable year, not compensated for by insurance or otherwise, for medical care of the taxpayer, his spouse, or a dependent … to the extent that such expenses exceed 7.5 percent of adjusted gross income.”

In this case, since the son for whom the petitioner paid medical expenses was not her dependent, she was not eligible for the exception under Sec. 72(t)(2)(B).

Lesson learned: You can avoid Sec. 72(t) additional tax for medical expenses only for yourself, your spouse, or your dependent — a non-dependent family member is not good enough.

The case of John and Susan Trimmer involves a married couple who received distributions from the husband’s retirement plan (Trimmer, 148 T.C. No. 14 (2017)). The husband, during a period of depression, did not roll over the two distributions he received into another qualified retirement account within the requisite 60-day period of Sec. 402(c)(3)(A). The Tax Court held that under the hardship exception of Sec. 402(c)(3)(B), the Trimmers were entitled to relief from having to include the distributions in gross income under Sec. 402(a) and from the Sec. 72(t)(1) additional tax.

Secs. 402(c)(1) and 402(c)(3)(A) exclude from taxable income any portion of a distribution that is rolled over to an “eligible retirement plan” within 60 days after receipt. Sec. 402(c)(3)(B) grants the Treasury secretary the authority to waive the 60-day rollover requirement:

The Secretary may waive the 60-day requirement … where the failure to waive such requirement would be against equity or good conscience, including casualty, disaster, or other events beyond the reasonable control of the individual subject to such requirement.

After receiving a Notice CP2000 for their 2011 filing, the Trimmers wrote a letter to the IRS claiming that the husband’s depression was the reason he did not roll over the retirement distribution into an IRA until past the 60-day limit.

The court, relying on Susan Trimmer’s testimony about her husband’s depression even though she was an interested party, concluded that his depression set in after he requested that amounts be disbursed from his retirement accounts but before he received any of them. In addition, the court allowed the disability exception even though John Trimmer was not totally inactive during the relevant period but was able to perform routine tasks.

In analyzing the phrase “equity or good conscience,” the court cited Rev. Proc. 2003-16 as providing four factors to use in determining whether to grant a hardship waiver, two of which were relevant to Trimmer’s case: the use of the amount distributed and the time elapsed since the distribution occurred. The court concluded that both of these factors were in favor of granting a waiver to Trimmer. The court found that he never made any use of the amounts received in the two distributions other than to deposit them into a joint bank account until he and his wife rolled them over into an IRA, and he and his wife completed the rollover into an IRA very soon after having been alerted to the rollover problem by their tax preparer.

Because the court held that no portion of the two distributions is includible in the couple’s 2011 taxable income, the Sec. 72(t) additional tax also did not apply.

Early distributions of funds in retirement accounts can have two tax consequences: inclusion of the amount in taxable income and a 10% additional tax. Case law shows that taxpayers cannot assume that a medical reason is sufficient to justify an exemption and even if it does, taxpayers must have proper documentation showing that they satisfy all the conditions for exemption or have excuses that meet the requirements of Rev. Proc. 2003-16 to justify making a late rollover of retirement funds.

Facebook
Twitter
Pinterest
LinkedIn
PrevPreviousWealth tax: can SA afford to raise the already high burden on the rich
NextHow “by the time you’re 35” reminded us that some saving goals are such a con, especially for SA millennialsNext
On Key