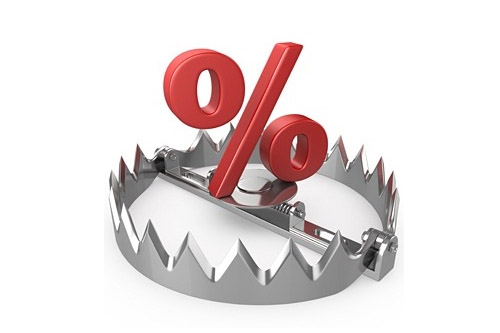 This is his view, considering what he calls the latent risks to the outlook of the South African Reserve Bank (SARB).

In its July 2017 monetary policy committee (MPC) statement, the SARB said: “in this highly uncertain environment, future policy decisions will be dependent on data outcomes and our assessment of the balance of risks”.

As Fin24 recently reported, Craig Lemboe of the Bureau for Economic Research at the University of Stellenbosch is also of the view that the MPC could lower the interest rate by a further 25 basis points next week. Nomura’s emerging market economist Peter Attard Montalto similarly indicated that dovish members of the MPC may be “tired” of waiting on risk events and the vote could be split 4-2, as in the July meeting.

“A cut could be moderately easily derailed by one dove getting cold feet,” said Montalto.

The MPC will announce its latest rates decision this Thursday.

“Some analysts say there could even be a further 75 basis-point reduction on the cards; at the bureau we keep a more conservative outlook for 25 basis points,” Lemboe said at the annual congress of Master Builders South Africa last week.

For Kamp, the split-decision of the MPC to cut its repo rate by 25 basis points to 6.75% in July 2017 appeared to signal a shift in focus.

This possible shift could be away from the risks posed by potential rand weakness, to the recorded downside surprises in real gross domestic product and inflation and the subsequent downward revisions to GDP and inflation forecasts.

According to Nedbank’s Corporate and Investment Banking research unit, the SARB remains concerned about the trajectory of the rand.

“Any flare-up in political risks could hamper the rand exchange rate, which may feed through to headline CPI. However, despite this concern, the SARB did begin a loosening cycle in July 2017 as inflation has declined, the rand remains relatively stable through the turbulence of 2017, and domestic demand-pull inflation remains absent,” the unit said last week.

As a result, it believes the SARB will provide two more rate cuts of 25 bps each by the first half of 2018 in the current cycle.

Kamp cautioned that the likely scale and timing of additional interest rate cuts, if any, was unclear. To him this was, in part, because of the deterioration in SA’s fiscal position in recent years.

“Although fiscal policy does not appear to be a dominant consideration in MPC interest rate decisions at present, sound fiscal outcomes are essential to keep inflation expectations anchored,” he said.

“Further, the period of disinflation is expected to draw to a close during the first quarter of next year, when CPI is expected to bottom close to the mid-point of the SARB’s inflation target range.”

Thereafter, Kamp said inflation is expected to increase through to year-end 2018 as the influences of currency stability, lower food price inflation and the low 2017 electricity price increase fade from the data.

Montalto also questioned the timing of another rate cut. Introducing further cuts, specifically a cycle of 100 basis points, could only marginally impact growth by 0.4 and 0.5 percentage points for the next two years. “That seems small versus the output gap and given the risks and uncertainty, especially if we consider that the growth environment is hardly likely to be jobs intensive.

“Even if growth ticks up from lower rates, it is unlikely to be through investment but at the margin in consumption,” he said.

If the rand had to become vulnerable to shocks, possible from a downgrade, then this would lead to a “tail-chasing” exercise where the SARB has to hike rates again, he warned.

“Put quite simply, we see only a small point in cutting at the margin to provide such a small benefit to the economy, given the risk outlook.

“Such a strategy may be successfully implemented now given the global market backdrop, but in future that may not be the case. At the end of the day it comes down to risk aversion or not,” said Montalto.

“There are enough reasons to be wary about the prospects for the rand. A combination of domestic economic policy uncertainty, the potential for further sovereign debt rating downgrades and a shift, although gradual, to less monetary accommodation amongst developed market economies, is not an ideal backdrop for the currency,” said Kamp.

He added one could not, however, ignore the extent of downward revisions to inflation and growth forecasts by economists through this year.

At the conclusion of its May 2017 MPC meeting, the SARB expected headline inflation to slow to 5.4% in the fourth quarter of 2017, although the MPC indicated at the time that the forecast did not adjust for the latest consumer price index print before that meeting. This forecast was revised lower to 4.7% at the July 2017 MPC meeting, Kamp pointed out.

“The latest Stats SA GDP data release reflected a solid bounce in real economic activity in the second quarter of 2017 (2.5%), taking the country out of a brief and shallow recession,” said Kamp.

“Even so, this improvement off a low base is probably not sustainable at this pace. For one thing, the manufacturing PMI (purchasing managers’ index) business activity index collapsed to a level of 39.3 in July 2017, suggesting renewed weakness in manufacturing production,” he said.

“Accordingly, upward revisions to GDP growth forecasts, if any, following the second-quarter print are likely to be modest and have limited impact on medium- to long-term inflation forecasts.”

Together with the narrower current account deficit and modest private sector credit extension, especially to households, the downside surprises to growth and inflation complete a seemingly benign backdrop for monetary policy, he said.