What’s being deducted? A guide to understanding your payslip 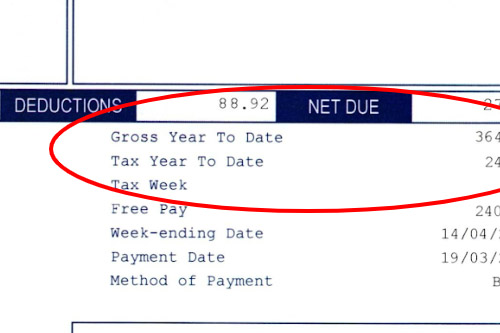 In terms of the Basic Conditions of Employment Act, an employer may only deduct funds from your salary if an agreement to do so has been signed, and if they are legally allowed to do so.

According to Lombard, it’s essential to check one’s payslip regularly – and know what’s being taken off.

According to Lombard, the usual compulsory deductions include tax and Unemployment Insurance Fund (UIF) contributions.

“Payments from your earnings which your employer is responsible for deducting, by law, are UIF and PAYE (pay as you earn),” he explains.

“If you lose your job, go on maternity leave or become ill, you will be able to draw from the UIF which will offer short-term financial relief. Should you die, it will also provide some financial relief to your dependents. Both you and your employer contribute to this fund.”

It is important to check tax and unemployment insurance deductions, he warns. Ensure that these deductions have been paid over to SARS and the Department of Labour, respectively, by looking at the IRP5 certificate issued at the end of a tax year.

“Remember, you will be held liable along with your employer, if your taxes are not paid. You don’t want to risk not being able to claim UIF at a time when you need it most,” Lombard says.

Another deduction to be aware of is a garnishee, more formally known as an emoluments attachment order (EAO), he says.

This is usually issued through the courts by a creditor to the employer, demanding that the employer deduct money from an employee’s salary or wage to pay debt.

“Pensions and medical aid contributions may also be included, as per your agreement with your company,” he says.

“Other deductions, which would be considered voluntary, could include loans from your employer, donations towards a particular cause, or even membership fees to the union you may belong to.”

If your employer contributes towards a medical aid, a pension fund, income protection and a retirement annuity (RA), and these costs are deducted from your earnings, it will be taken into account when your PAYE amount is calculated, Lombard explains.

Funds paid toward a retirement annuity are deducted from your taxable income. As benefit, no tax is paid on RA investment returns.

How much is too much?

In July 2017, the Courts of Law Amendment Act (7 of 2017) was signed into effect, so there is now a limit to the total amount that can be deducted from your salary. which is no more than 25% from your salary or wage.

What is the difference between a salary and a wage?

Your wage is based on the number of hours worked, at an hourly rate, explains Lombard. It is likely that you would be paid on a weekly basis.

Do I need to submit a tax return?

Taxpayers do not need to submit an income tax return if their total employment income for the year before tax is not more than R500 000, they receive an income from just one employer for the full tax year, have no other form of income or other tax-related deductions to claim for.